Cabin fever had set in and we needed to get out after a long winter, so we packed up our gear and met our friends Patrick and Michelle at the City of Rocks National Reserve for a weekend of camping and exploring.

Camping in the area:
Although you can camp within the National Reserve, we chose to save some money and camp elsewhere.  After reviewing the BLM maps and travel plans we decided to camp at McClendon Spring Campground, ﻿out side of Mata, ID.  This proved to be a great jumping off point for our adventures.  The campground offers a secluded peacefulness while affording off-road trails to explore nearby.  We were minutes from the City of Rocks National Reserve and Castle Rock State Park. 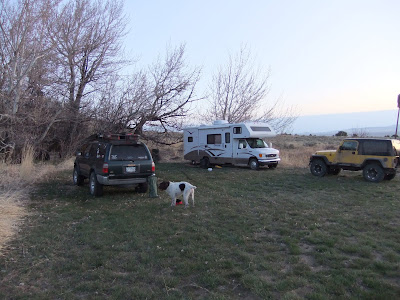 
A popular attraction for outdoor recreation enthusiasts from across the region and beyond, City of Rocks offers something for everybody.  We spent our time hiking the trails and enjoying the views of the geologic features.  It was early spring, and some of the wildflowers were just starting to emerge. 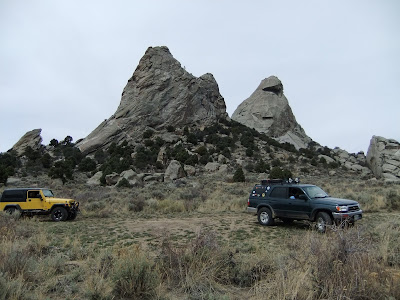 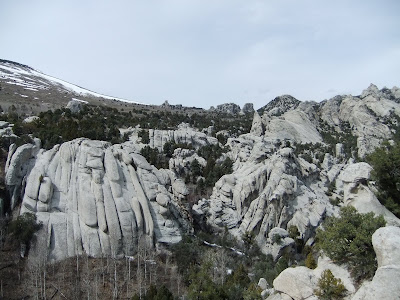 The pass out of the park, which heads to Oakley, ID, was still covered in snow and had not been successfully crossed yet this year.  Patrick and I accepted this challenge and the four of us headed right for the pass. 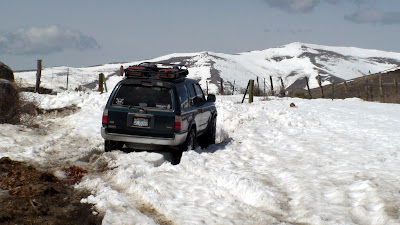 Earlier that week a pickup truck had to be winched out, by the Park Service, after getting stuck in the drift.  Upon our arrival, we too had to winch a pickup truck out after they too tried to make their way across.  Patrick and Michelle made it through without incident, thanks to being locked front and rear and the help of 35" tall tires.  Next was my turn, and I almost made it, but as I was backing up for a second attempt, we discovered the rear portion of my skid-plate was damaged.  So we were forced to spend some time inspecting and removing the damaged portion of the skid-plate. 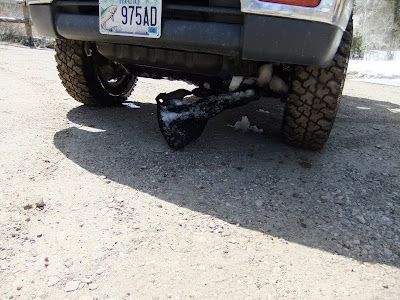 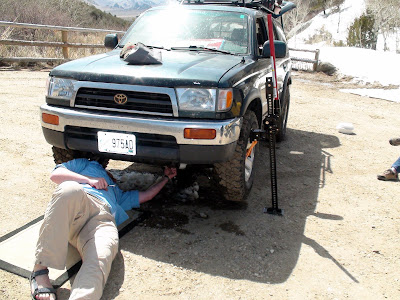 After the repairs to the 4Runner had been made, we further explored the area's history and beauty.  This truly is a reproducible area.  We spent the day hiking around the monoliths and enjoying the views. The area is rich with history. Walking around Register Rock you can find the signatures of emigrants who passed through the area while following the California Trail. 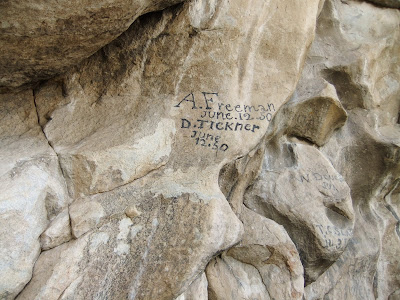 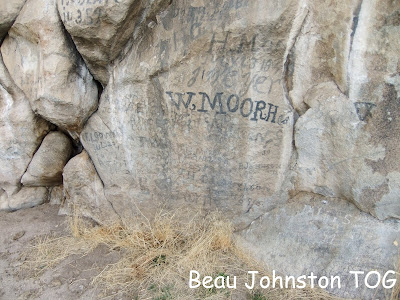 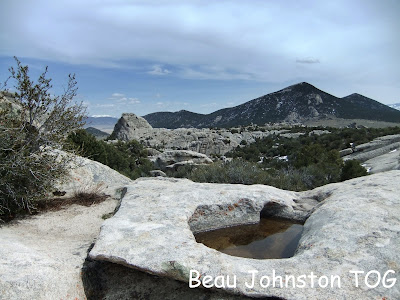 Later that day, I became the third vehicle to be winched out that week.

Some individuals claim to poses videos of the day's recovery events, but such things would be too sad to watch and will not be shown here.