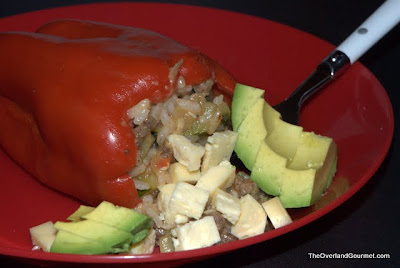 Bell peppers were in season during our trip to Chile and we couldn't help but begin to crave stuffed peppers as we walked through the produce market in Pucon. Not having the equipment to bake the dish back at our cabin, as we would at home, we decided to try blanching the peppers prior to stuffing. Although the dish lacked the crunchy texture of an oven-baked stuffed pepper, we were pleasantly surprised by how well it turned out. 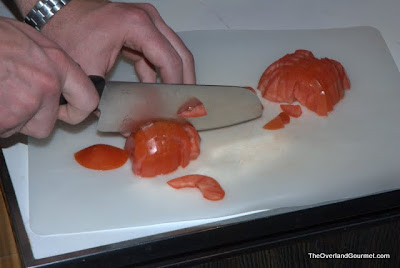 In a a large skillet, heat the vegetable oil over medium-high heat until it begins to shimmer. Add the garlic and onion, sautéing for one minute. Increase the burner to high heat and add the ground beef, stirring often to break up into smaller pieces; cook until no longer pink. Mix in the zucchini and rice; cover, cooking over medium heat until the zucchini has become soft. Be careful not to overfill the skillet. Overfilling will hold the steam produced by cooking within the ingredients and cause the dish to become soggy. 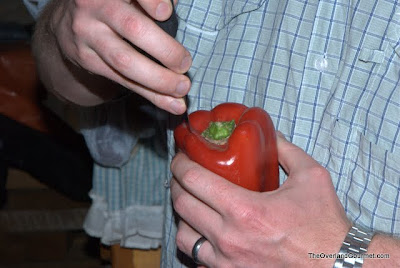 Bring a medium pan filled ¾ full with water to a boil. Prepare the bell peppers by cutting out the stem and discarding the pith and seeds. Place the peppers in boiling water, making sure to fully submerge, and simmer for 5 to 7 minutes. Remove the peppers from the boiling water and pat dry. 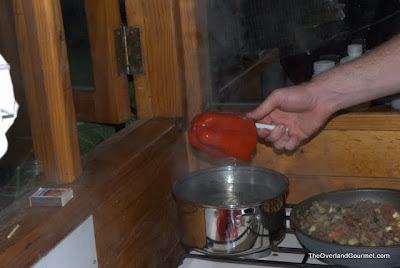 Once the zucchini has softened, add 1/2 of the Queso Chanco.  Reduce the heat to low and cook, stirring continuously, until cheese has melted.  Salt and pepper to taste.

Stuff peppers with the filling and garnish with remaining Queso Chanco and sliced avocado.