2011 Edge of the Cedars State Park 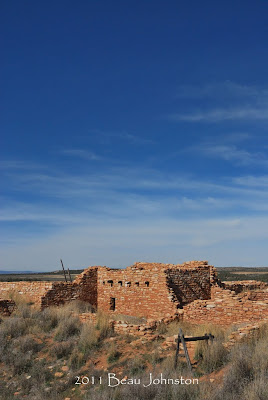 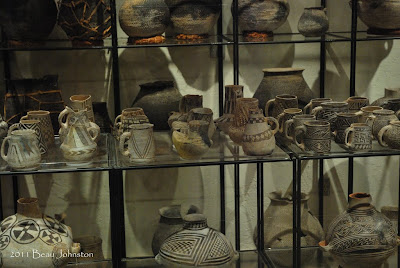 Site Information:
Utah's Edge of the Cedars State Park is home to an ancient puebloen ruin and a museum.  The pueblo dates back to between AD 825 and 1125 when it served as a major community for the Ancesteral Puebloen people.

Notes About our Visit:
We were amazed by the museum's beautiful collection of area artifacts.  We were in wonder as we walked from display to display gazing at everything from the turkey feather blankets to intricate designs of the arrows and spears.  Time lines on the wall allowed us to see the Ancestral Puebloen people evolved their tool and pottery designs over the years.  One item we found very intreguing was an amazingly preserved red and blue macaw feather sash, which shows the people's trade routes extended well into Central America. 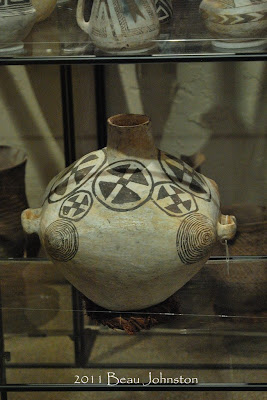 Hundreds of unique Puebloen pottery specimens were part of a creative interactive display which allows the viewer to use a computer catalog system to pull up detailed photographs and descriptions of each piece.  We must have spent a good two hours in the museum, half of which just enjoying the pottery, before we even ventured outside to the pueblo. 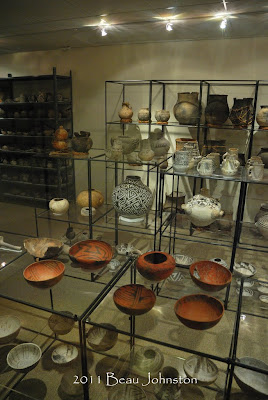 We eventually made our way to the pueblo.  A paved walkway leads around the ruin and provides decent viewpoints of the exterior.  Access is limited, however, to the pueblo's small kiva, which, due to its size, was rather hard to photograph. 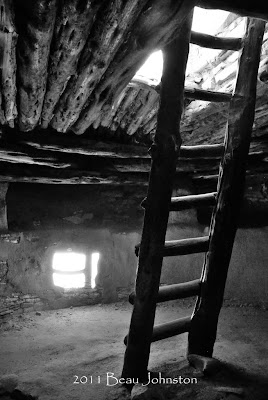 We would ﻿recommend a visit to the Edge of the Cedars State Park, just to experience the museum, and then make the 1-1/2hr drive to the Lowry Pueblo in Colorado (see our post later in this series) to gain better access to a large pueblo.