The Plan:
We continued our evaluation of the Global Sun Oven on our Four Corners trip so that we might see how well the design lent itself to overland travel.   The route and timeline for the trip left only a few hours of daylight at the end of the journey most day's and only two days with a full afternoon in camp.  Despite our aggressive travel plans the oven tagged along as we traveled some 2500 miles.

Preparing for Transportation:
The oven's glass door was a concern for us as we would be driving on dirt roads for part of the trip.  To reduce vibration and the potential for damage, we covered the supplied enamelware pot with a fleece blanket.  We wrapped the reflector assembly with a second blanket to reduce vibration and potential damage. 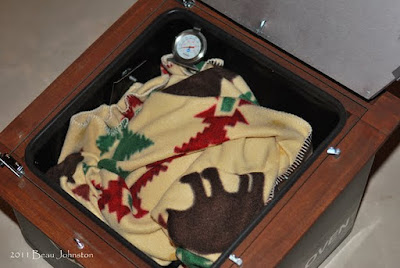 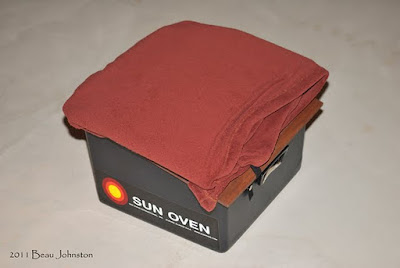 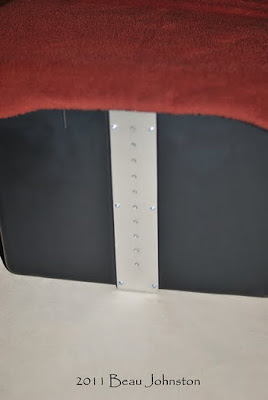 Our Thoughts:
At roughly 20"x20"x14.5" tall the oven eats up nearly 1/2 the width of the sleeping platform.  As we began packing for our trip, I was a little worried about running out of space in the 4Runner.  We also wanted to limit the amount of equipment we had to move in and out of the back when we set the back up for sleeping each night.  Thankfully we were able to organize our gear so that most of it was located under the front portion of the sleeping platform and we were able to bring the oven along!  This worked out well and we were able to use the oven for more than just cooking.  For those days when we made camp with only a few hours of sunlight left, we were able to use the oven to heat water for washing dishes or our hair.


The Sun Oven was, however, one more item we had to pack around.  Each evening we would remove the cooler, water jug, and oven from atop the platform and place them under the vehicle.  We would then arrange the sleeping pads and bags for the night.  Each morning we would reverse the sequence from the night before and head off for the day's adventure.

Conclusion:
After spending 7 days on the road with the oven we conclude it may not be right for everyone or every trip. The oven requires a good chunk of daylight hours to cook and if you are traveling each day, it limits the oven’s use. The oven would be great if you are going to be camping in a location for a couple or more nights. Meals could be prepared in the morning and allowed to slow-cook during the day as you were out exploring. (We often find ourselves getting into camp late at night and preparing our meals by head lamp or lantern.)

The oven’s size could also pose a problem. Individuals with smaller vehicles may think twice before tossing one of these in the back. With only two of us on this trip we had plenty of room for extra gear in the 4Runner; we didn’t think twice about taking the oven along.

Overall we would recommend the Global Sun Oven for individuals with extra room in their vehicle and plan on dedicating the required amount of time during daylight hours to cooking. We have found the Global Sun Oven to work very well during our 90-day test. Adjusting the oven’s orientation with the sun was easy and allowed us to maintain a +/- 5F range around our target temperature. We planned on lower cooking temperatures and tended to treat the oven like a slow cooker; adjusting recipes accordingly.