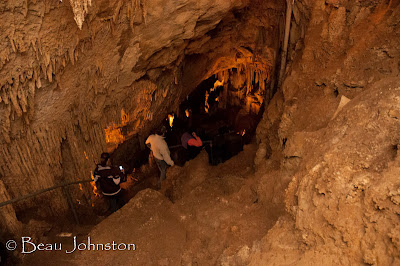 Located just southeast of Whitehall, MT lies Lewis and Clark Caverns State Park.  Discovered by two area hunters, and not Lewis and Clark, the caverns were named after the two explorers so as not to forget their contribution to the area.  With the land originally owned by the railroad, several years went by with a private company illegally providing tours of the caverns.  Eventually the land was given to the federal government and then to the State of Montana.  The Civilian Conservation Corp. mapped the caverns and eventually blasted new openings for cavern visitors to enter into and exit from.

Getting There:
From exit 256 on Interstate 90, head south on Highway 2 for approximately 7 miles to park entrance on left. 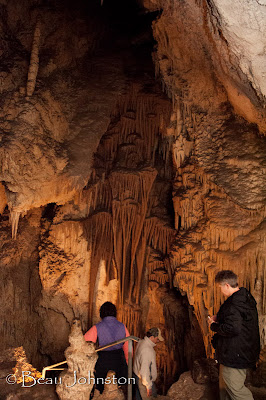 Fees:
$10/person for the guided tour (they do not offer unguided tours)

Hours of Operation:
The park is open from May 1 through September 30 with guided tours beginning at 9:00am and running until 4:30pm. 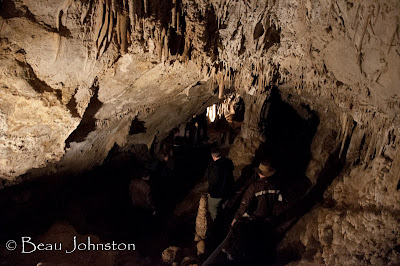 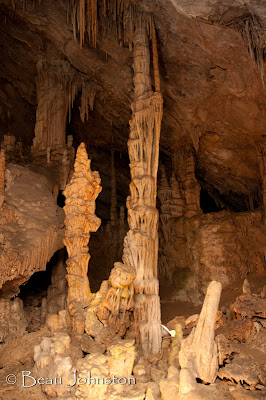 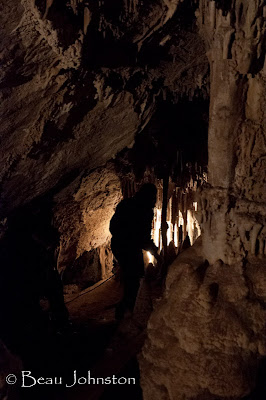 Notes About Our Visit:
We had an amazing time.  This was the first time I had ever been into a cavern like this, and I have to say I was spoiled!  Our tour guide, Julie, was terrific, explaining the cave features and history in a delightfully entertaining way.  After having recently visited the Te Anau Glowworm Caves in New Zealand, it was welcoming to have a tour guide be so engaging! 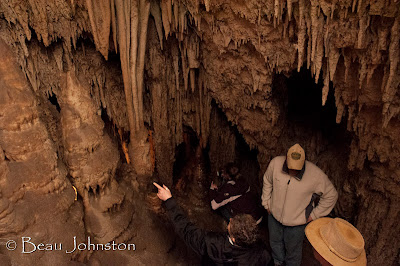 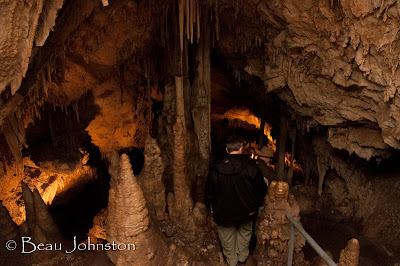 We slid, crawled, crouched, and climbed our way through the caverns. The state-run park allows access you just don't get at a federal park. While there are designated paths to follow, the room sizes provide for an intimate setting where you can get up close to the formations. Standing next to the features, their grandeur becomes apparent. 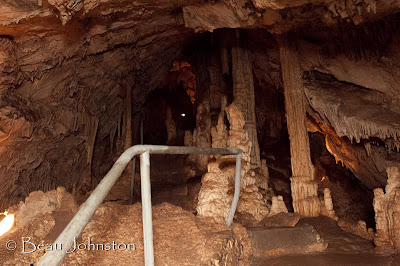 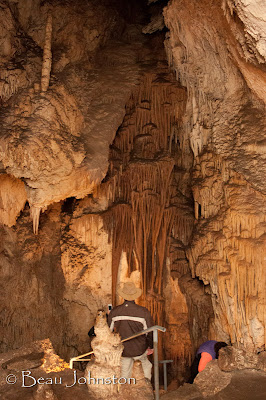 We were excited to be able to use flash-photography in the last 2/3s of the tour.  This was very helpful in trying to illuminate the interior spaces but our SB-600 was having a hard time keeping up.  I tended to be the last one out of each room, allowing time to snap a couple of photos without everybody in the frame.  If I were to do it again, I would take a couple of extra flashes and borrow a friend to help illuminate the spaces from different angles. 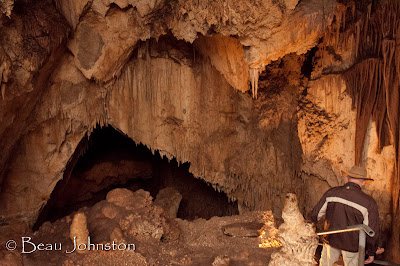 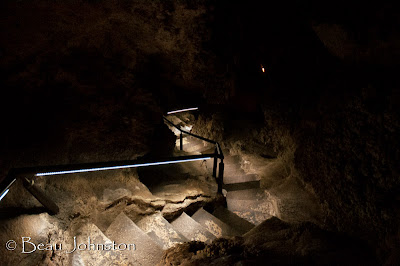 The tour’s leisurely pace offered ample time to take everything in without feeling rushed. We spent approximately 2 hours on the tour, which departs from the upper visitor center. Several tours are scheduled each day with the last one at 4:30 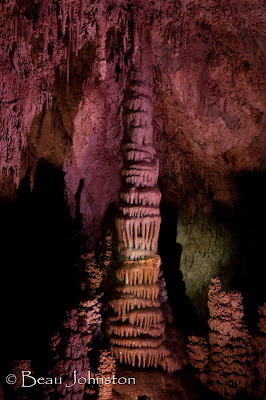