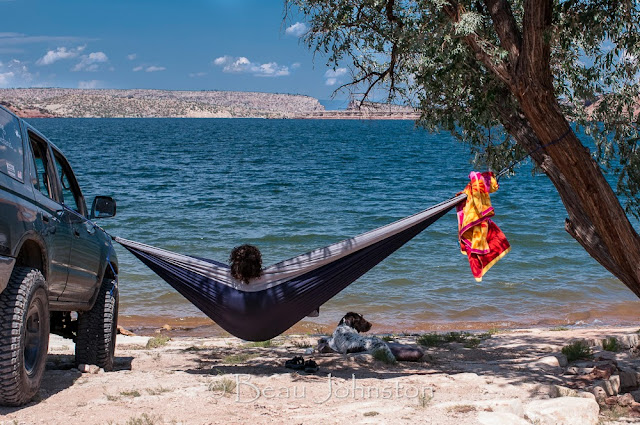 We love traveling and sleeping in our 4Runner but sometimes it is too warm outside to sleep in the truck.  Tents are great, but are bulky and with the 4Runner's limited interior space, can be difficult to store.  A great alternative to sleeping in a tent on a warm summer night is curling up in a hammock.  The complete airflow around the hammock helps to keep you cool and two hammocks take up less room than a traditional two-person tent.

Our Thoughts:
We were excited when Grand Trunk asked us to be apart of their National Hammock Day campaign and supplied us with one of their Double Hammocks for our travels.  The Double Hammock boasts the largest bed space of any hammock on the market and includes the two lengths of rope to secure the hammock to a tree or vehicle.  I really liked how simple the hammock was to setup.  We were able to string the Double Hammock between just about anything that was able to support the 400lb load capacity - including a tree and the 4Runner (as show above) at one of the area reservoirs. 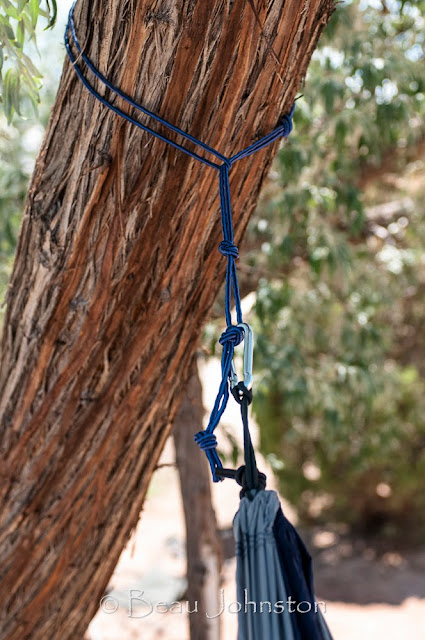 We found the Double Hammock to be incredibly comfortable, even when used on hot days.  Krista, a finicky sleeper, was able to quickly fall to sleep under the shade of a Russian Olive tree on one of our hottest day's this summer.  I am, unfortunately, not a small guy and chose to not test the hammock with both of us, and as a result not test it's true weight capacity.  There would, however, be enough room for two people of 'normal' height and weight but I think it would be better suited for sitting next to each other as opposed to trying to sleep side-by-side.  I think you would end up rolling on top of each other... 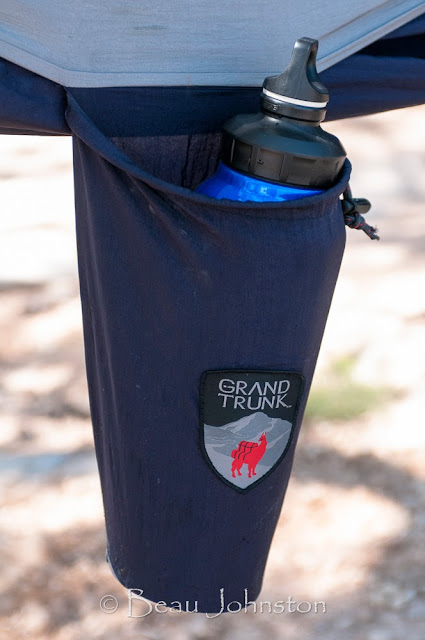 Being the largest hammock on the market does bring some downsides, and most notably is the packing size.  All packed up, the Double Hammock takes up as much room on our truck as our SIGG 1L water bottle (as shown above with the bottle inside the attached stuff-sack).  While two Double Hammocks take up less space than a traditional two-person tent, it is larger than I was expecting.  I also wish the three ropes were half-again as long; we ran into a couple of instances where tree diameters didn't leave us much rope to connect to.

Conclusion:
I really liked how the hammock was ready to go, right out of the bag.  It was comfortable, easy to setup, and kept us cool while sleeping in warm weather.  The only downside I see is the size.  I don't the need for the two of us to share a hammock for sleeping.  The Grand Trunk Single Hammock has the same 400lb capacity, so we could still sit side-by-side and sleep in two separate hammocks.  While I would recommend the Grand Trunk hammock for anyone looking for an alternative to sleeping in a tent while traveling, I would just suggest the single over the double.

Disclosure of Material Connection: I received the Double Hammock for free from Grand Trunk as coordinated by Deep Creek PR, an Outdoor Industry Public Relations Company, in consideration for review publication.