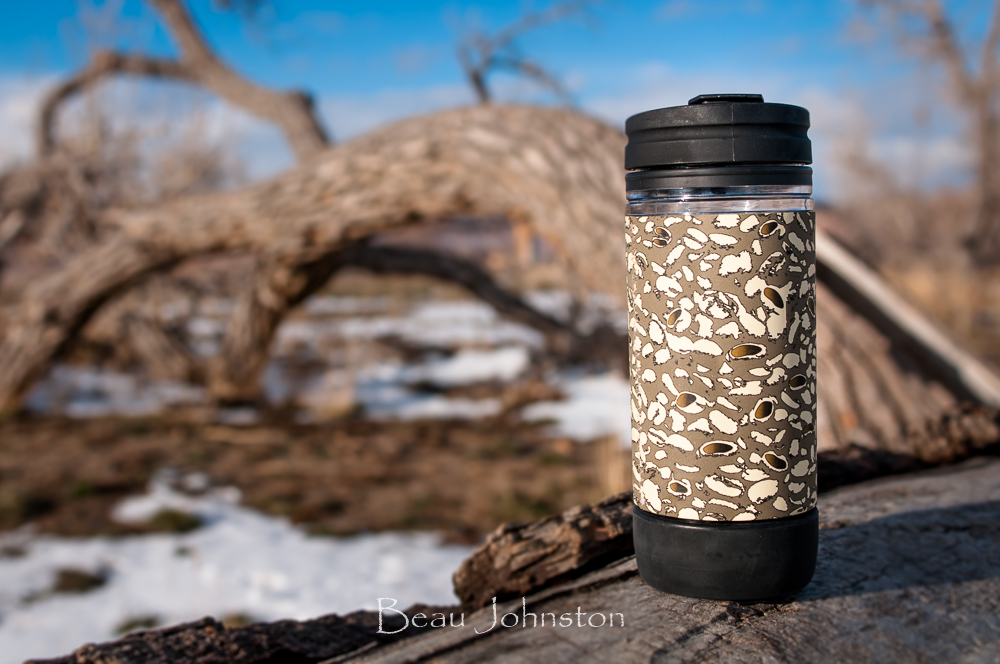 Our Thoughts:
I am, as some would say, a coffee convert.  I can now be found showing up to the office early, just so I can get the coffee going.  It is no surprise then that I need my 'cup of Joe' when out camping.  Krista and I have tried nearly every device for making coffee in camp, and nothing seemed to fit our needs.  We have limited space in our 4Runner and most devices require additional space for storage.  Large percolating coffee pots and French presses were taking up valuable space in our kitchen drawers and their size and shape were not conducive to nesting gear within.

We needed something that was multi-functional, which would allow us to reduce the overall number of items we were traveling with.  Lucky for us, GSI Outdoors was thinking along the same lines when the developed the Commuter Java Press.  GSI Outdoors rethought how a French press works; instead of having a flimsy plunger rod and plate design, that often allows coffee grinds past, GSI chose to integrate the plate/screen, with a rubber O-ring, onto an inner cylinder.  This new design eliminates the potential for coffee grinds entering the finished product, a huge step forward in design.    The design also allows for the outer cup to be used separately from the press and lid; so we can use it as an ordinary drinking glass. 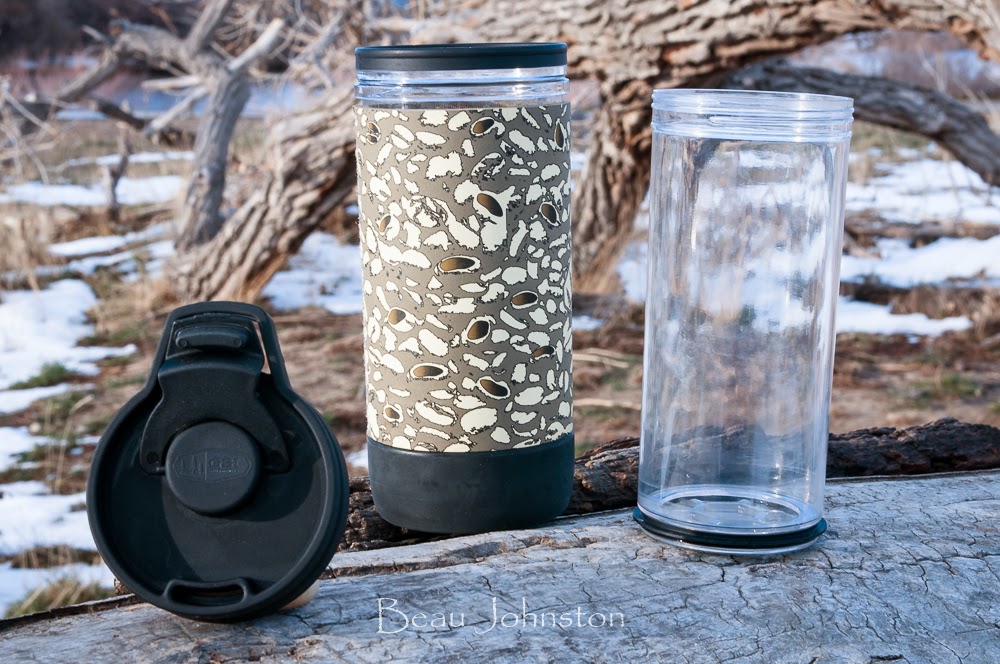 While we have been able to reduce the number of items we travel with, there are two things I would like to see changed.  First, the rubber 'Non-Slip Foot' is just a tad to large to fit into the cup-holder in our 1998 4Runner.  The foot can be removed, allowing the press to fit without it, but this means I have to deal with a loose part floating around under the seat.  Second, and this is more of an potential improvement, I would like to see graduated volume lines molded into the outer cup.  This really goes for all liquid containers, so listen up manufacturers ;-), why don't you add these in?  I solved the problem by marking my own marks on the outer cup.