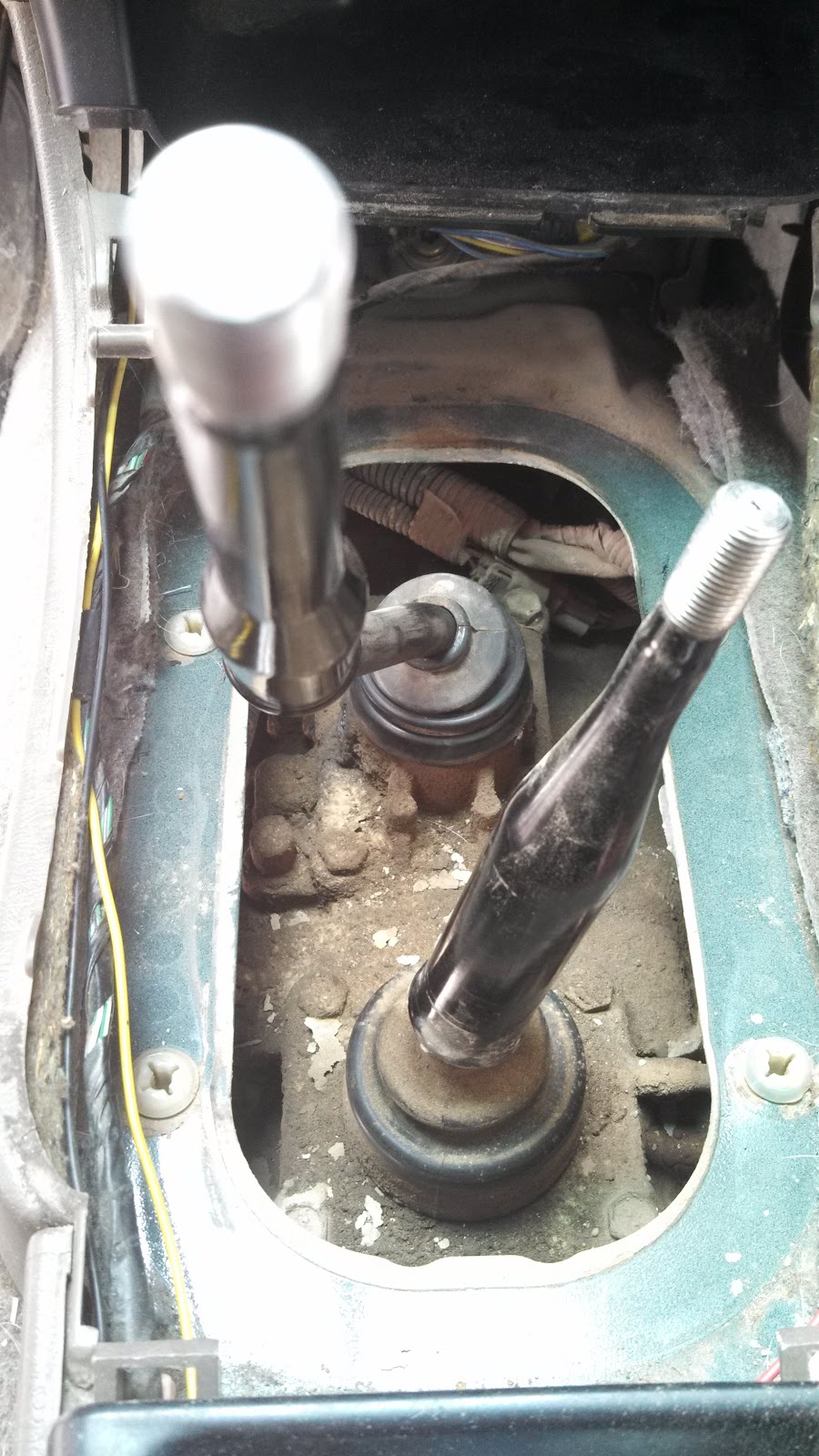 We began to notice the transmission was becoming more difficult to shift over the last 18, or so, months.  The shift leaver had a difficult time engaging first gear, when the truck was at a stand still, and there was a lot of play in the shift leaver.  After procrastinating on fixing the problem, thus the 18 months of issues, I broke down and pulled the shift lever out to see what was going on. 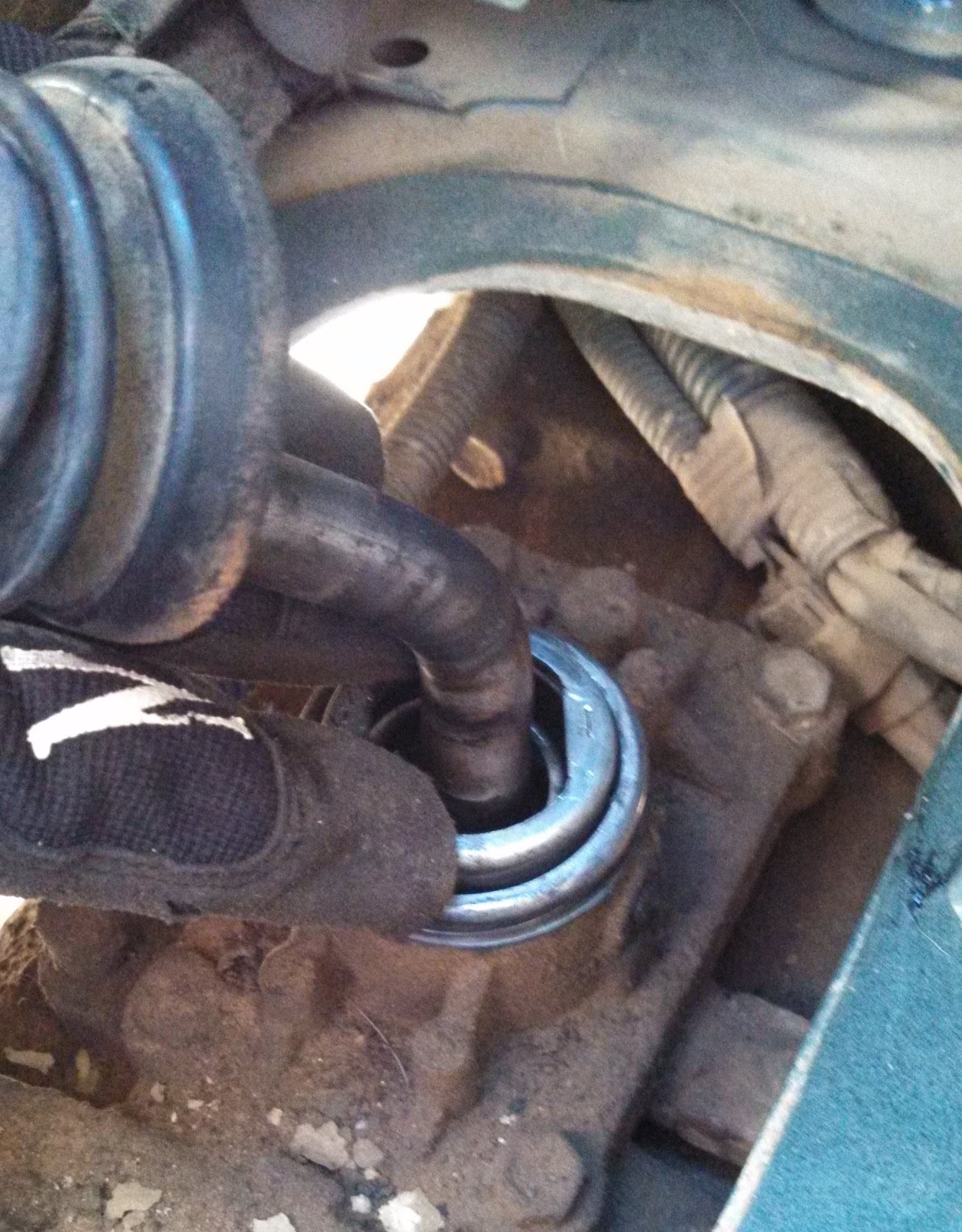 Once the retaining ring is removed, the shift leaver can be pulled out of the transmission.  I discovered, upon doing this, the shift leaver socket and ball seats were shot.  So I, being happy with how my Marlin Crawler clutch has been working, ordered a new Heavy Duty Shift Leaver Ball Seat and Heavy Duty Shift Leaver Socket from the folks at Marlin.  Note, our 1998 Toyota 4Runner requires a white shift leaver ball seat - different models require different seats.  A couple of days later the new ball seat and socket arrived and I quickly got them installed.

Here you can see the new Heavy Duty Shift Leaver Ball Seat (left) next to the old seat (right).  There was not much material left on the old seat. 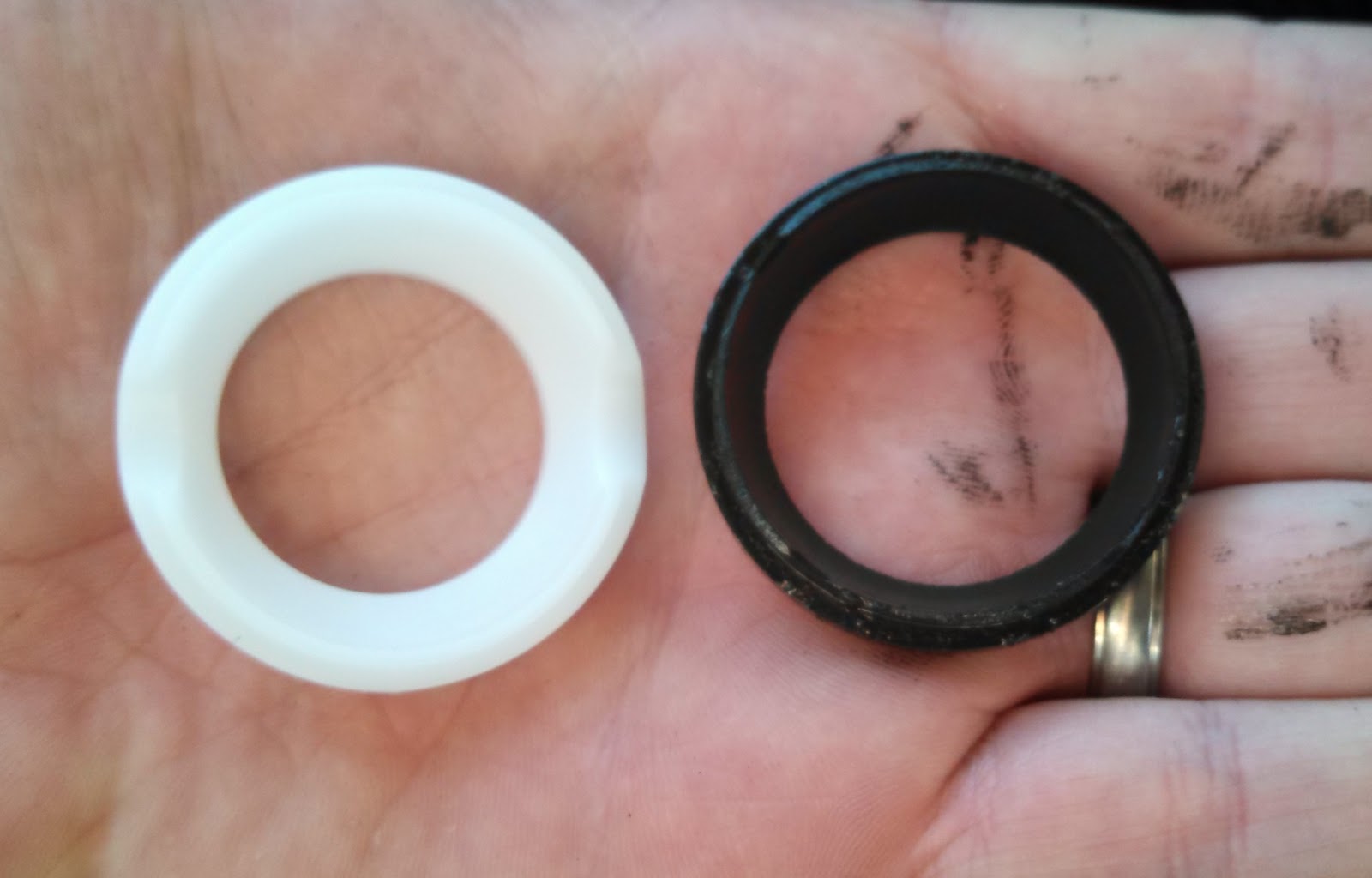 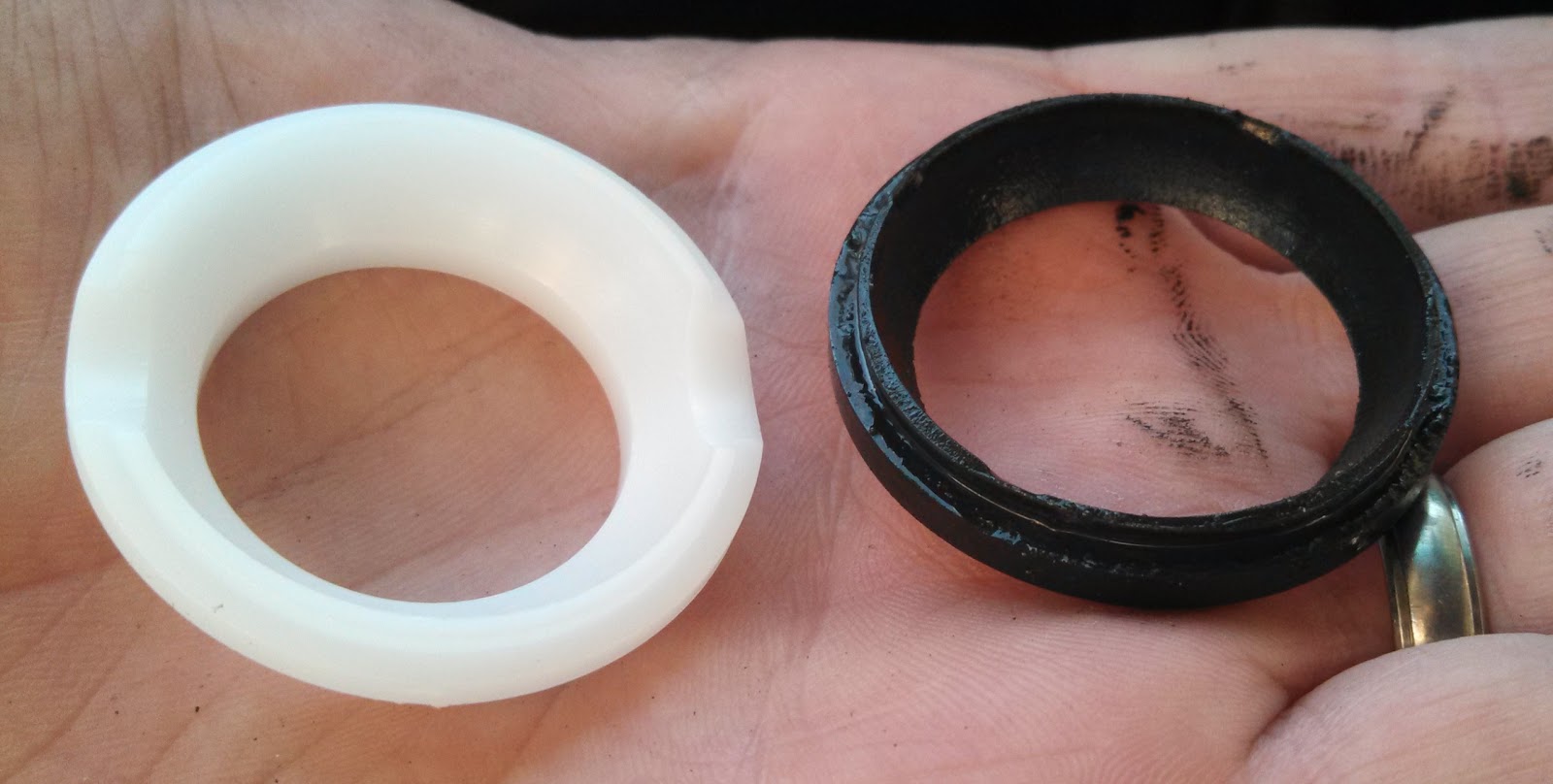 The new Heavy Duty Shift Leaver Ball Seat is installed by placing it face-down in the opening and rotating it around the two indexing tabs. 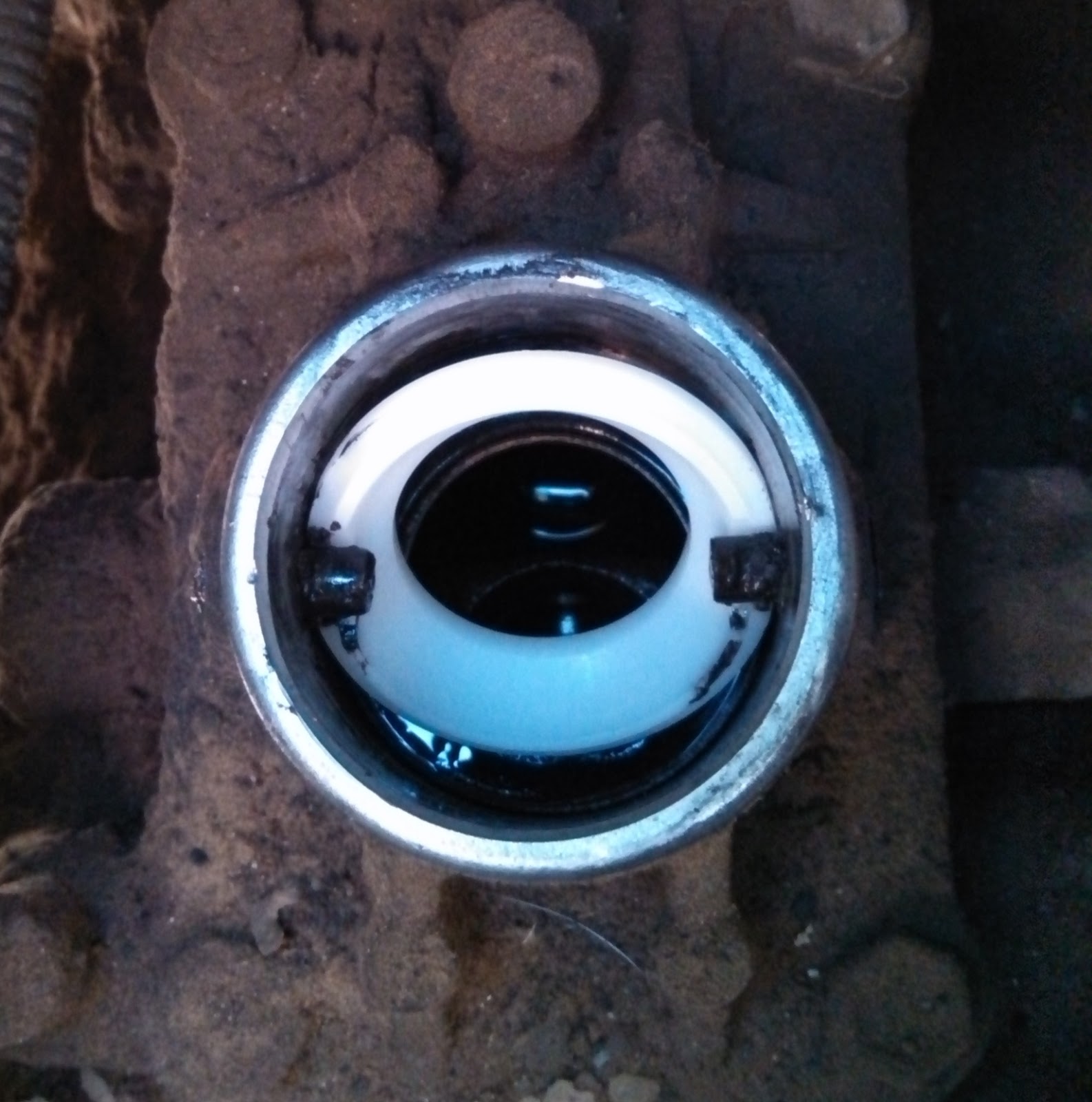 The old shift leaver socket (right) was also very worn.  There looked to be a considerable amount of material loss, when compared against the new Heavy Duty Shift Leaver Socket.  The old socket was a bit difficult to remove, and required the use of pliers to 'pop' the socket off.  Note, you will want to be careful not to damage the end of the shift leaver as this would affect the movement of the new socket. 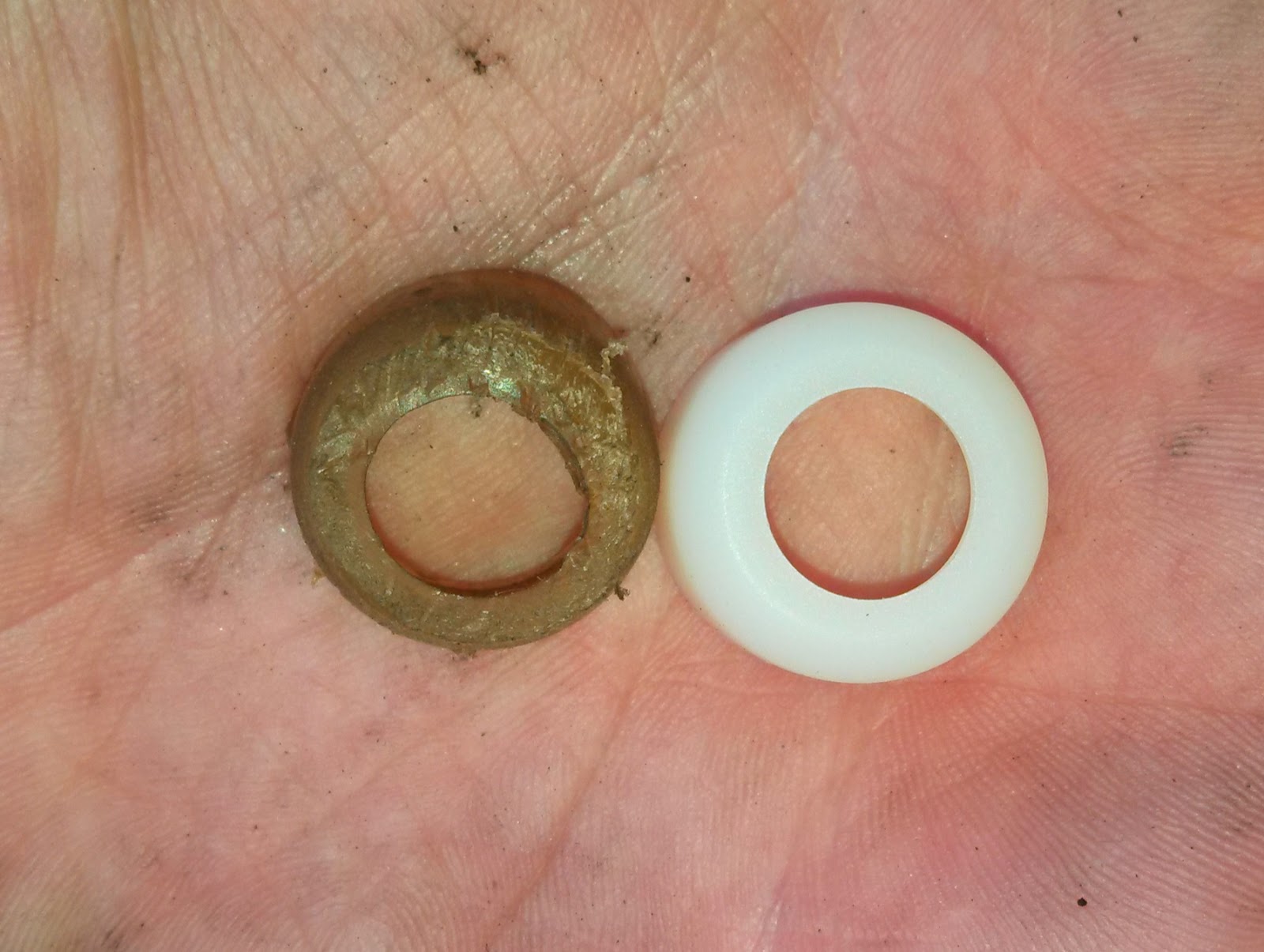 I spent $27.85, including shipping, and wish I would have spent the money sooner.  The transmission shifts like it did when we purchased the 4Runner back in 2006 and I couldn't be happier with how things turned out.  Both updates improved the shifting ability and I no longer have issues shifting into first gear!