Our Thoughts:
Very few individuals are willing to step out into the world, have an idea for a better product, and have the desire to make that product come to life.  One such individual is Shane at LabRak in Sunriver, Oregon.  Shane saw the need for a better camping fork, developed a design, and set out to create his vision.  Shane ended up creating a bomb-proof camping fork and knife combination that would be at home in "daily use from the day hiker to overland explorer."  This is his second version of his camping fork and the thing I like the most about the concept is his willingness to buck the outdoor industries statuesque and seek to blaze his own trail.

The EDC Camp Fork (v2) incorporates a fork, serrated knife, and bottle opener in a simple package.  Included is a Kydex cover and lanyard which protects the tines and allows the fork to be worn around the neck; perfect for those situations when you are dishing up food at a potluck.  The blade was co-developed with Tom Veff, a well respected knife maker in Oregon, another example of Shane's desire to provide the best quality products! 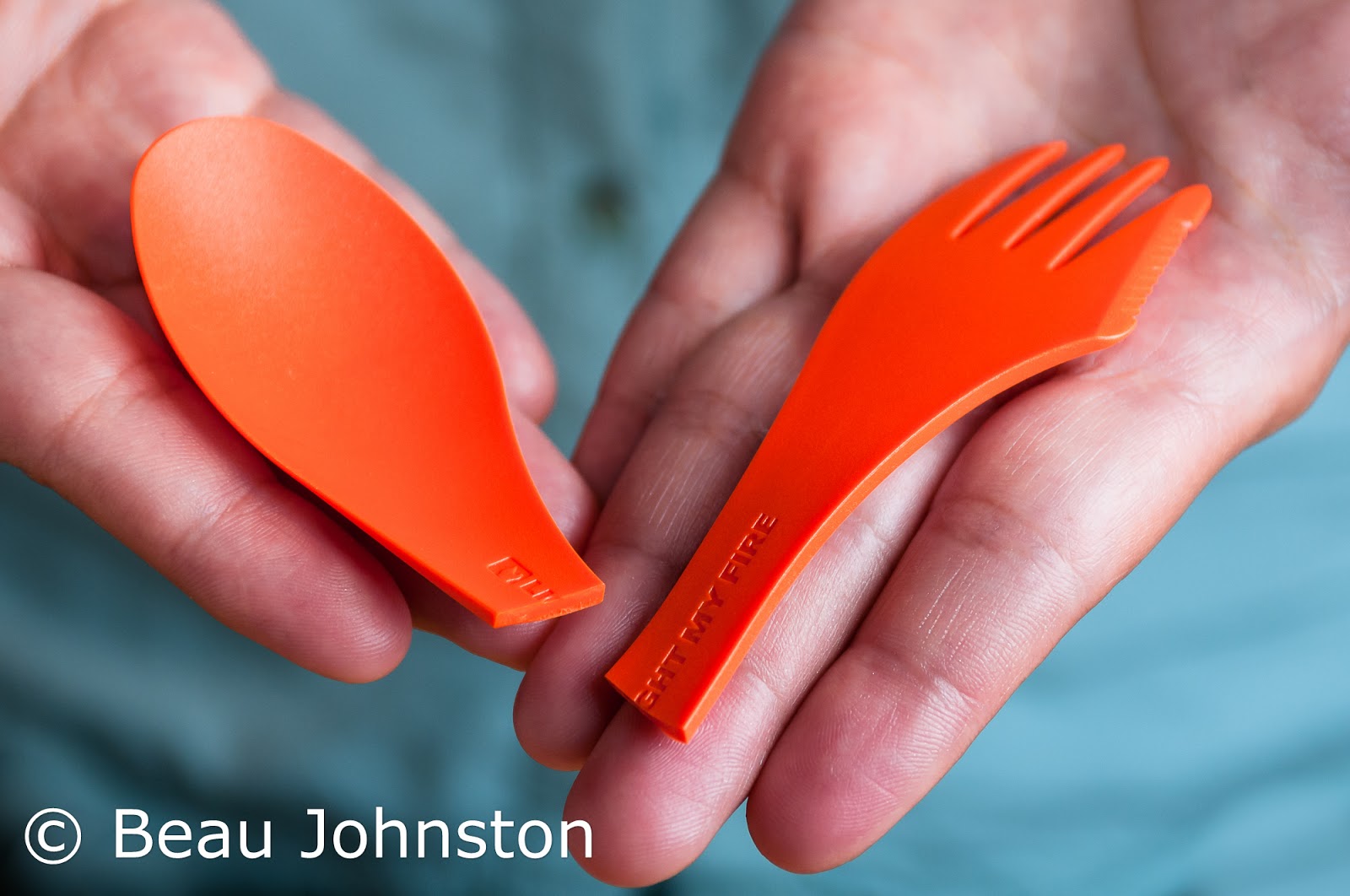 Some might find the $60 dollar price tag for one of the camp fork to be a lot of money to spend on a camping fork  We have to understand each fork is laser cut and hand formed in Oregon and not mass-produced.  As production increases, the economy of scale will kick in and prices will come down.  Plus we have all purchased inexpensive utensils only to have them brake on us. 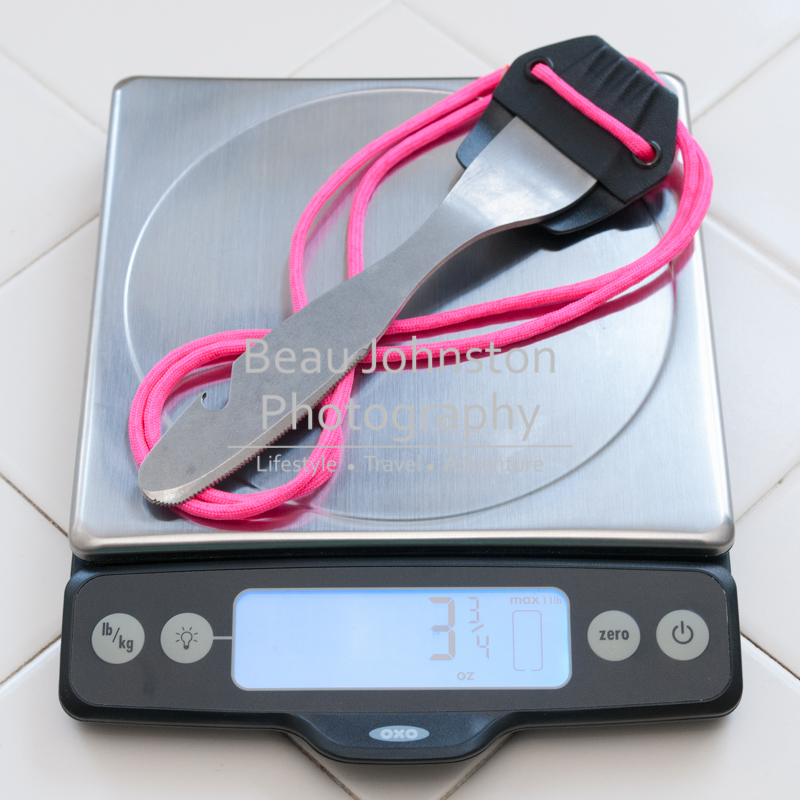 So is the second version of LabRak's EDC Camp Fork the be all and end all of camping forks, well not quite.  I think Shane is on the right track but, like everything, there are a couple of things that could be improved.  First is the fork's weight; at 3-3/4 oz, it is rather hefty.  One could skeletonize the handle to reduce the weight but this would add to the machining steps and increase the cost.  The other option would be to use a thinner material to reduce weight.  Changing the base material from 12ga to 14ga, keeping everything else the same, could potentially reduce the weight by 25-30%. 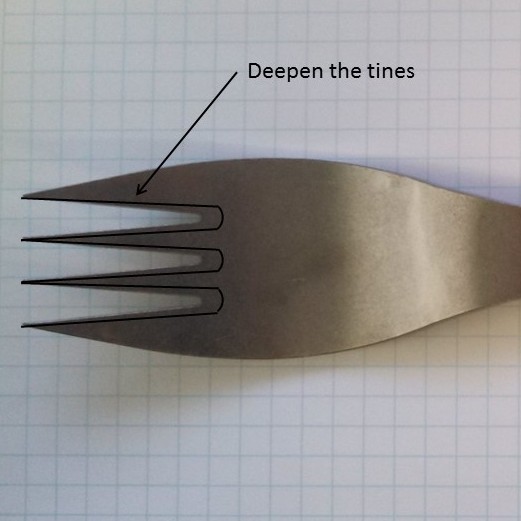 The other thing we noticed was the shape of the fork's tines.  We found the tines to be a little shallow to really get a good 'grip' on our food.  We think this would be remedied by making the tines a little deeper and reducing the overall tine profile.

Conclusion:
In all LabRak fulfilled their goal of developing their "Camp Fork to withstand time and daily use from the day hiker to overland explorer."  While there are a couple of items I would consider changing with the fork's design, I believe the fork is a step in the right direction and I applaud the fact that Shane is striving to develop better products than those currently on the market.  Not only has he has demonstrated this with the EDC Camp Fork but Shane has several other products he has developed under the LabRak product line.

With that said, I am torn.  I really admire everything Labrak is doing but do not believe the current EDC Camp Fork version is quite ready as it could use some additional little refining.  The hardest part of saying that is I know how much time and money was spent on developing my 12-volt water system and I can only imagine how much money LabRak spent to get the EDC Camp Fork to where it is today.  So here is my recommendation: Visit LabRak.com, and it's sister site MetricTLC.com, and support Shane as he further develops the EDC Camp Fork by purchasing a roof rack or a new spare tire carrier for your FJ40!  We all want better products and want to support small independent shops so lets help LabRak out!