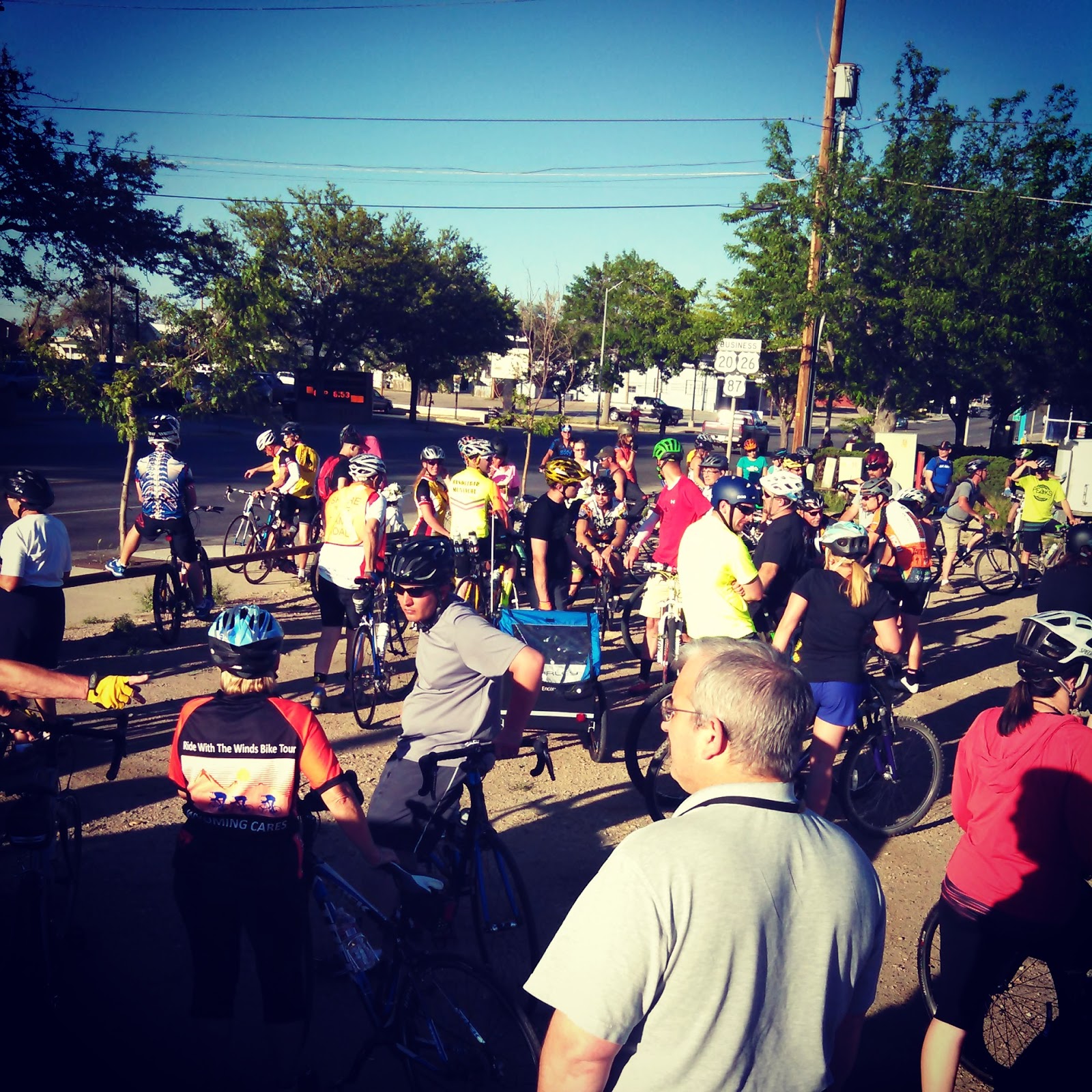 On May 29, 2014 Matthew Harker was hit by a SUV in downtown Casper, Wyoming.  The accident occurred at an intersection I previously crossed on my (bicycle) commute to work.  I changed my route just days prior because of the unsafe nature of the intersection.

Matthew's death cam but days before a second cyclist was killed by a motorist in Wyoming.  Reports indicate the state's 'Bicycle-Friendly' status dropped three places after the recent deaths.

To bring awareness to the unsafe riding condition found in Casper, local cyclists joined up to ride through town.  Police escort was provided and the event brought out more than 100 cyclists, as well as several concerned motorists.