My favorite part of the Outdoor Retailer shows is checking out all of the new gear on display.  I am, for better and for worse, a gear junkie and I love seeing all of the cool new product gear manufacturers are coming out with.  Here is a selection of my favorite gear from this year's show.

Zippo's new '4-in-1 Woodsman™' looks pretty awesome and would be great in the back of our 4Runner.  Zippo says:


The 4-in-1 Woodsman™ converts to an axe and bow saw to help cut your way through a jungle of brush and tough limbs fast. A mallet and stake puller helps you set up a pop-up blind and take it down with ease. Carry this product to your campsite and have a mallet, a stake puller, a 15" bow saw that cuts oak up to 4” in diameter, and a hatchet with a 5” blade. Call it a handy camping tool or a survival tool, no tool gives you more capability for the weight or the money. 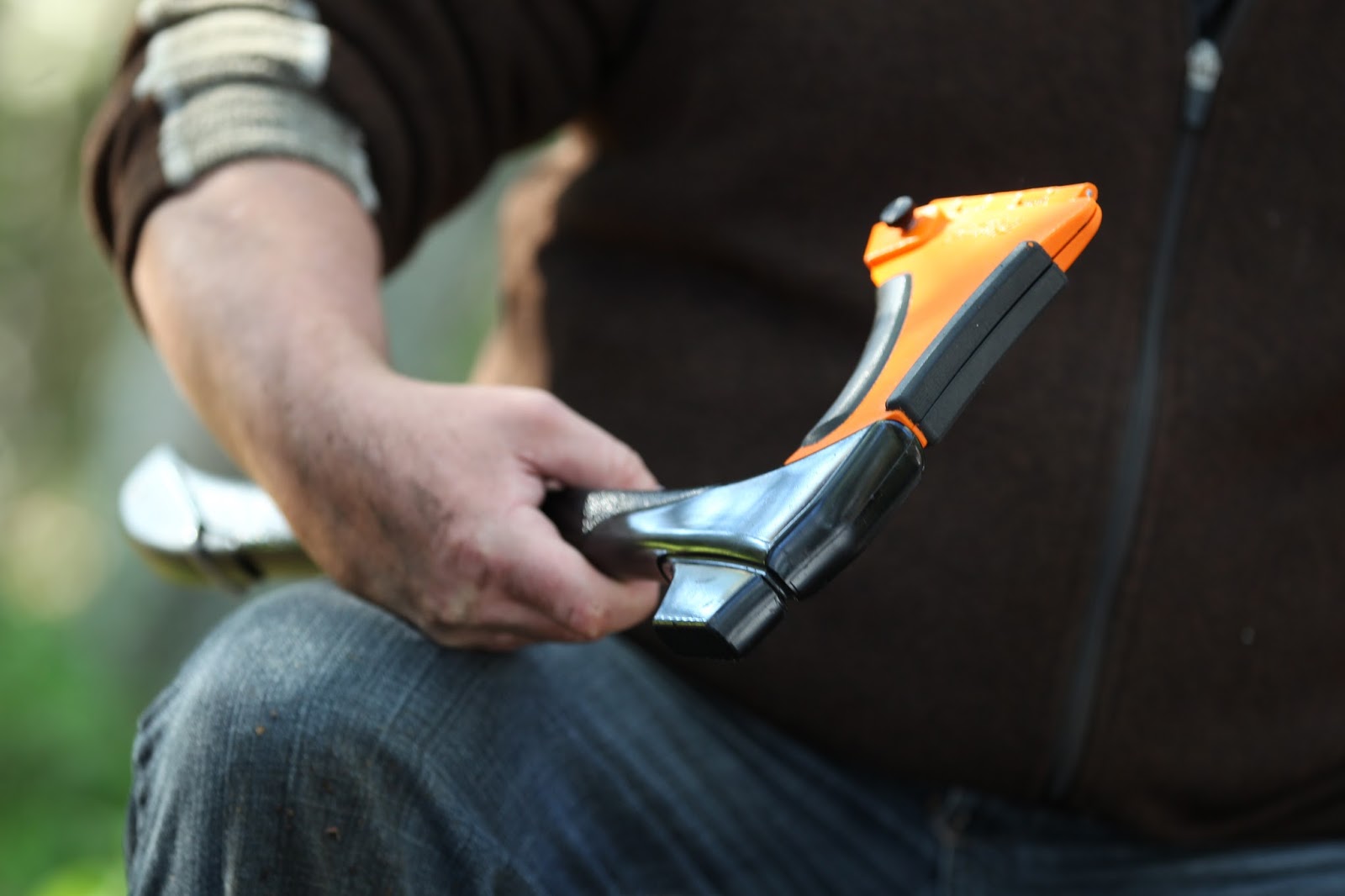 
I love it when companies listen to their users and really innovate.  TravelChair did just that this year when they introduced two new ultralight camp chairs.  We reviewed their Joey Chair earlier this year (Click here for the review), and we love the design, and were excited to see two new chairs from them, the Roo and Wallaby.


The Roo Chair is 20% taller, deeper and wider than TravelChair's popular Joey Chair, making it perfect for people wanting a little extra room. It weighs in at 3.25 pounds, supports up to 350 pounds and packs down small with the included stuff sack. MSRP: $109.99

The Wallaby Chair is the first ultra-light packable camp chair in its class with armrests and a cup holder, and new for 2015, Anti-Sink Disc Feet that prevent sinking in soft ground.  It weighs less than 3.5 pounds and packs down small with an included zippered stuff sack. MSRP: $134.99 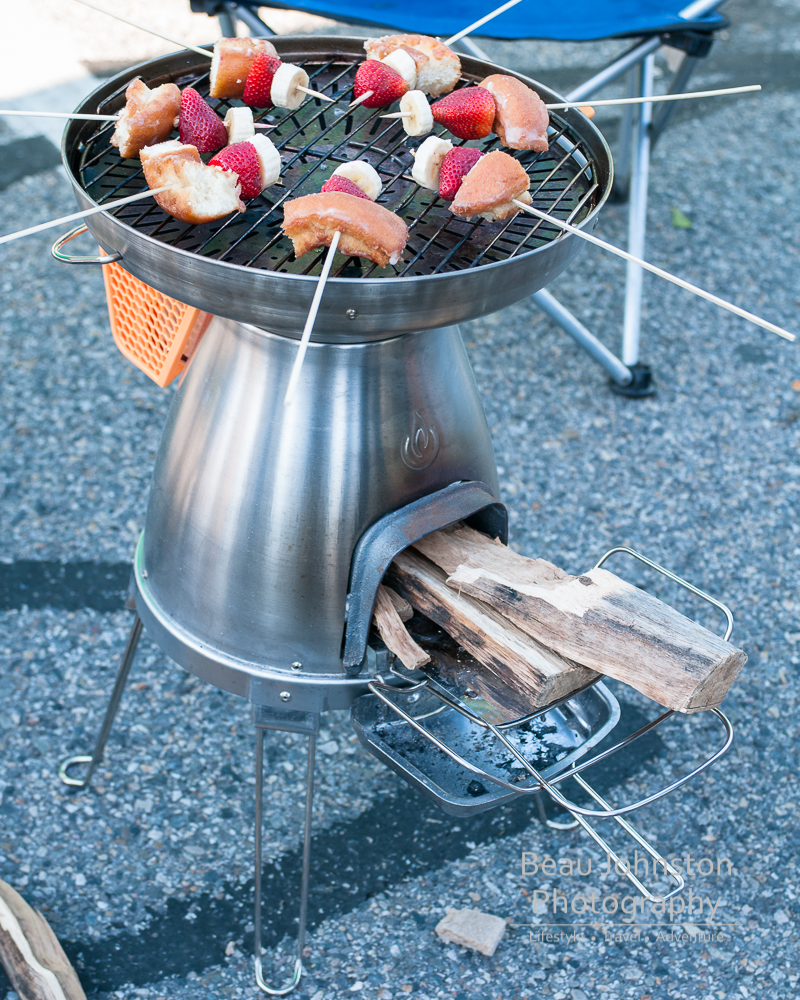 BioLite is expanding their line of stoves with the new BaseCamp.


The BioLite BaseCamp is a complete off-grid cooking and energy solution for groups, powered by wood. Using only fallen branches or small pieces of firewood, you can make wood-fired meals and charge your devices all at the same time. It's a smart alternative to fossil-fueled stoves, creating an elevated cooking fire that burns smarter than any campfire you're used to. 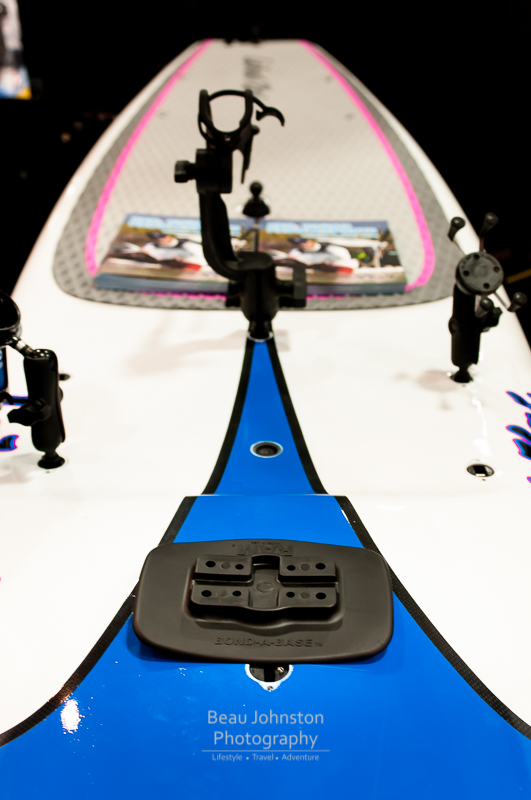 Do you have an inflatable SUP and want to mount some cameras or fishing gear but don't know how?  RAM Mounting Systems is stepping up with their new flexible mounts that can be glued to the boards, or anything else you can find.  We are excited to get a set for POV cameras on our board!  For those of you with hard boards, RAM is also launching a new line of leash plug adapters that quickly convert most leash plugs into a ball mount. 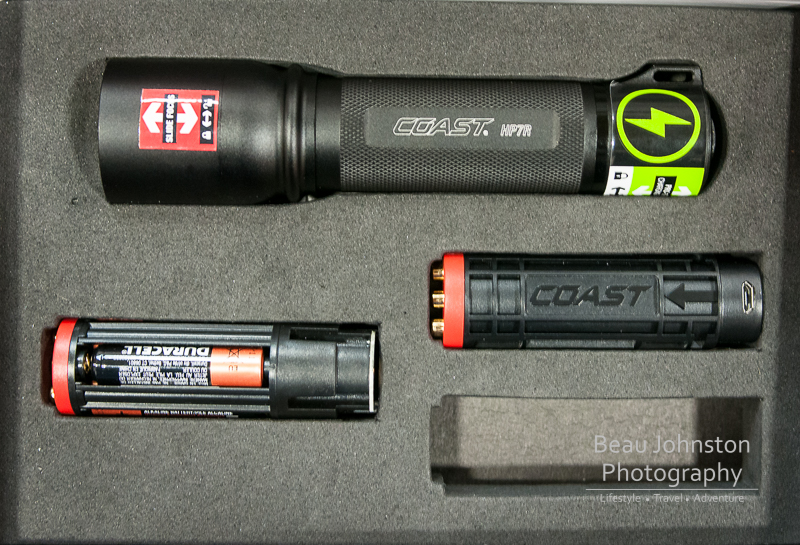 Why am I so fascinated by flashlights?  I cannot seem to walk past a flashlight display without having to stop and check things out.  This was true when I walked past, then turned around, walked back, and began chatting with the good folks at COAST.  I was particularly interested in the new HP7R.  An update to their original HP7, the rechargeable version offers increased light output and the option of using standard alkaline batteries when the rechargeable battery cannot be charged. 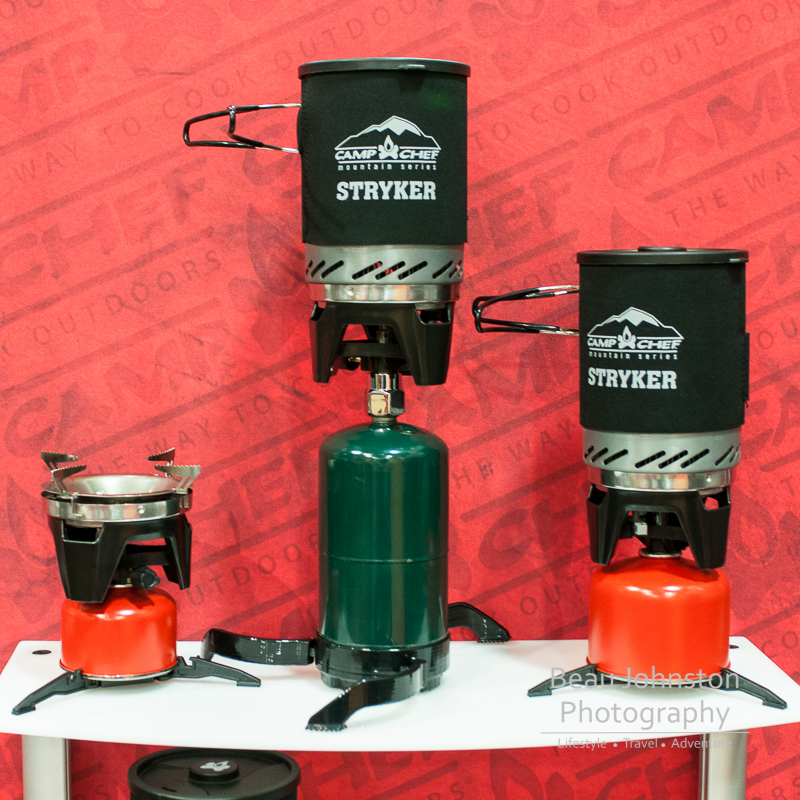 Big news from Camp Chef with the introduction of their new 'Stryker' line of camping stoves.  Going after the super-efficient burner market (think JetBoil and Primus ETA) and car campers/backpackers only looking for one-burner stoves, the new Stryker will be available in spring 2015.  There will be three version of the Stryker stove; a propane, iso butane, and a version that can be configured to run on both propane and iso butane. 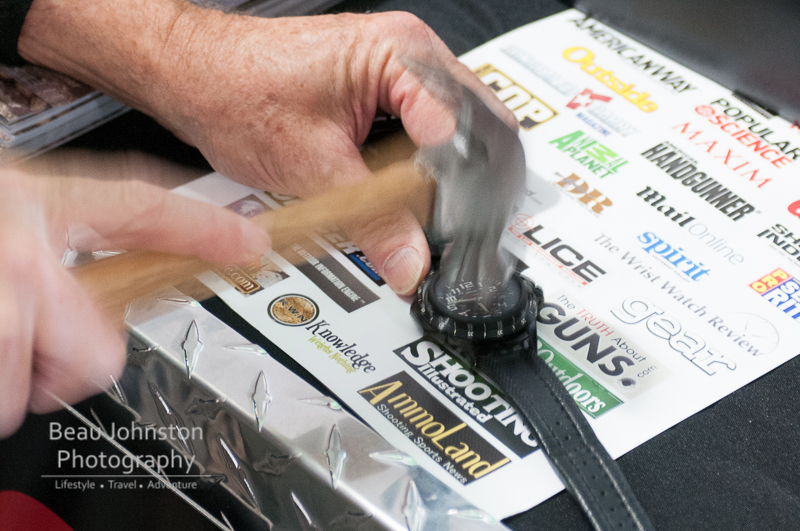 I would, if I were you, avoid hitting your watch with a hammer but that is just what the folks at ArmourLite did to one of their Isobrite watches.  Ashley, ArmourLite's CEO, just took off his watch and started hitting the crystal with a hammer, and not just once.  Ashley hit his watch several times and with a great deal of force.  Now I know most of us won't be going out and buying a watch just because it can take an impact like this, but what if we did?  I mean, I have ruined several the glass on several watches because, as I am hiking, my arm bumps up against rocks.  To say the ArmourLite watch crystal is scratch and impact resistant would be an understatement! 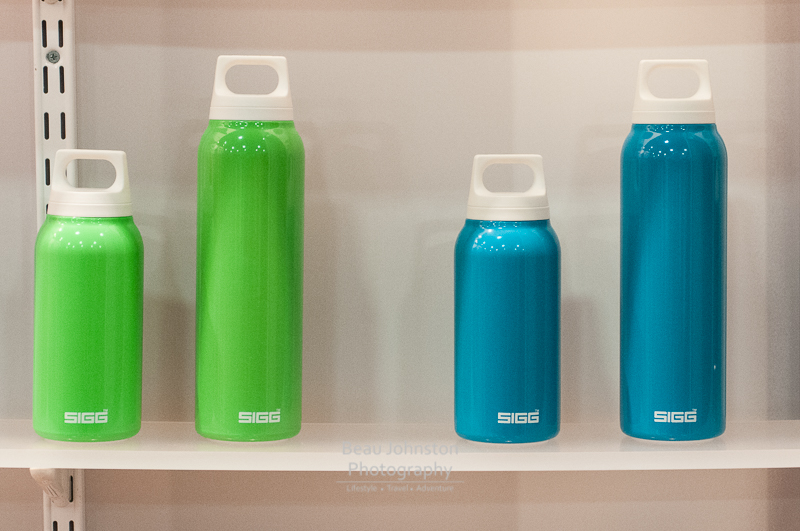 Introduced at last year's Outdoor Retailer Summer Market, SIGG's Thermo line has been a huge success.  Originally only offered in Gun Metal and White, SIGG decided to introduce two more colors.  I love my .3L Thermo, which is the perfect size to make tea first thing in the morning. 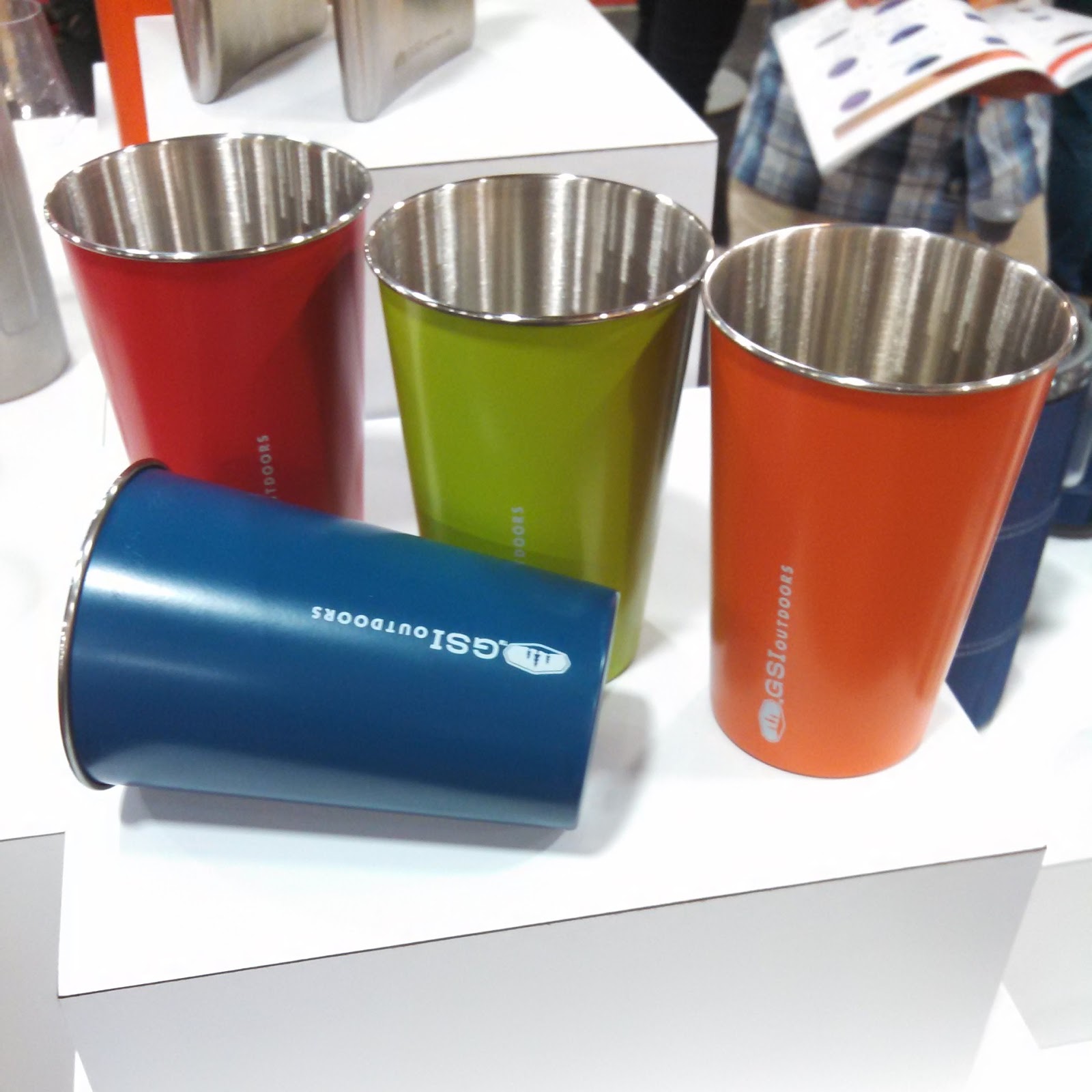 GSI Outdoors will be introducing their newly updated 'Party' line later this fall.  They have completely redesigned their line of wine glasses, now offering a glass for red wine, and beer pints.  We are especially interested in their new stainless pints which feature some great exterior colors and nest into a small footprint.  These things are perfect for any outing.  The updated 'Party' line will be available later this fall (look for these beauties to be in the TCT Holiday Gear Guide). 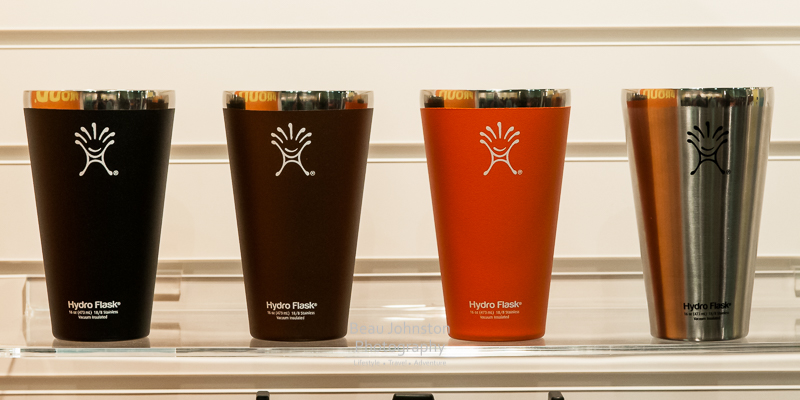 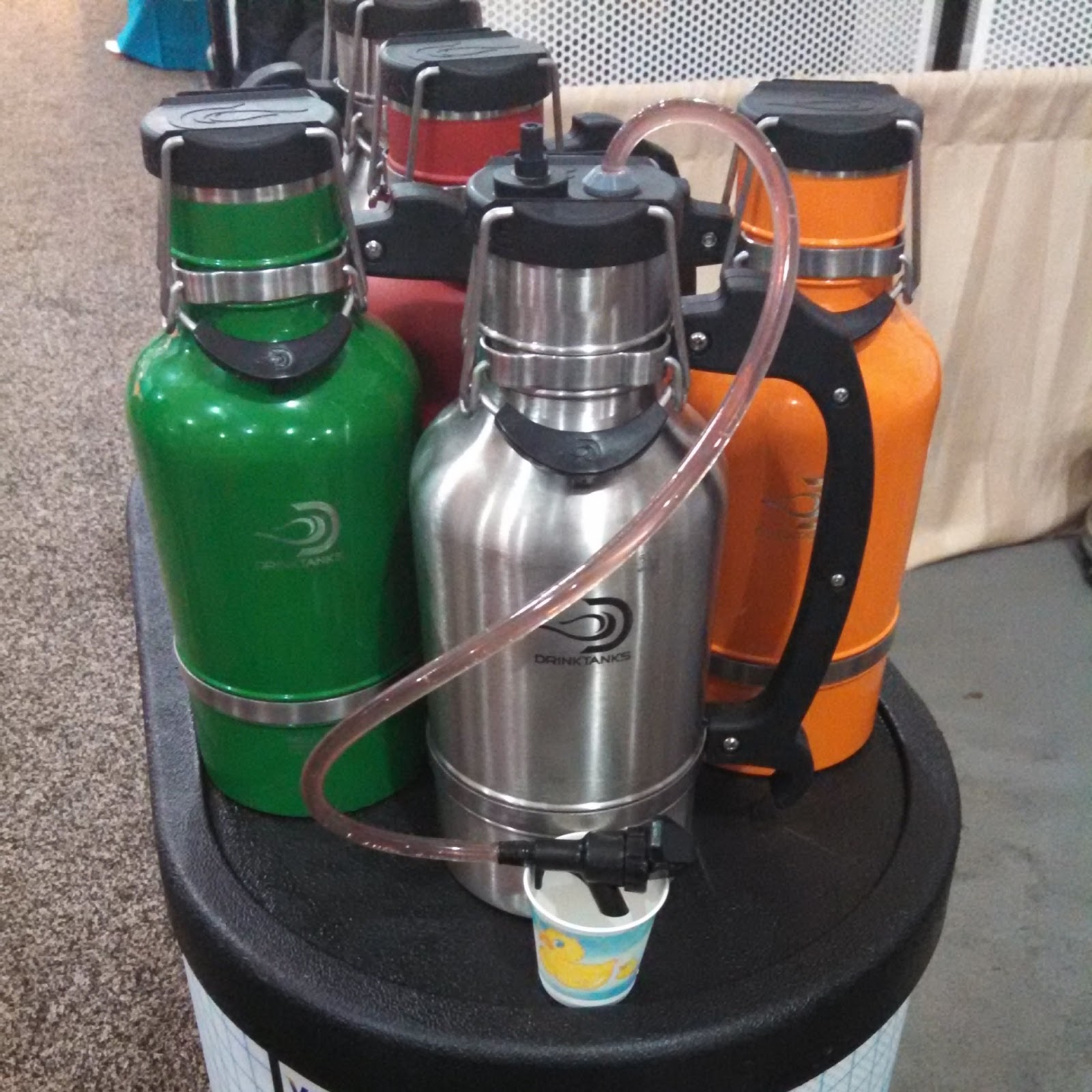 DrinkTanks, a new start-up bottle company, was on hand to demonstrate their stainless steel 64floz growler.


Drink Tanks stainless steel growlers are cast from high quality 18/8 stainless steel and do not sweat due to a double wall vacuum insulation design. The BPA free poly lid is secured by a sturdy double bail locking system that keeps your beer fresh for up to 24 hours.

The Keg Cap enables you to turn your DrinkTanks™ Growler into a personal keg. We had two things in mind during the design of these growler accessories: