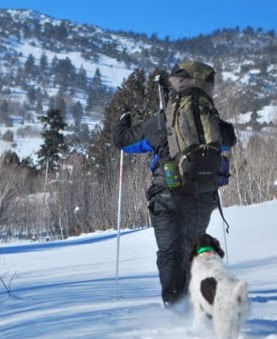 A while back I had the opportunity to meet with the lead designer of a major outdoor gear manufacturer.  Of the topics we discussed, backpack loading was one that stuck in my mind.  A question was posed, 'How does the placement of a heavy object, within a backpack, affect the resultant forces applied to a hiker?'

What I found interesting about our pack loading conversation was my ideas on how a pack should be loaded differed from that of the designer.  I had grown up packing my backpacking pack with the heaviest items on the bottom and the lightest items on the top, while the designer had been packing his the opposite way.  This difference in opinion on how a backpack should be packed intrigued me and that is when the engineer in me kicked in and I had to "run the numbers".  The product designer said the reason for placing the heavy items high was to improve mobility; while I said placing the heavy items low prevented fatigue. 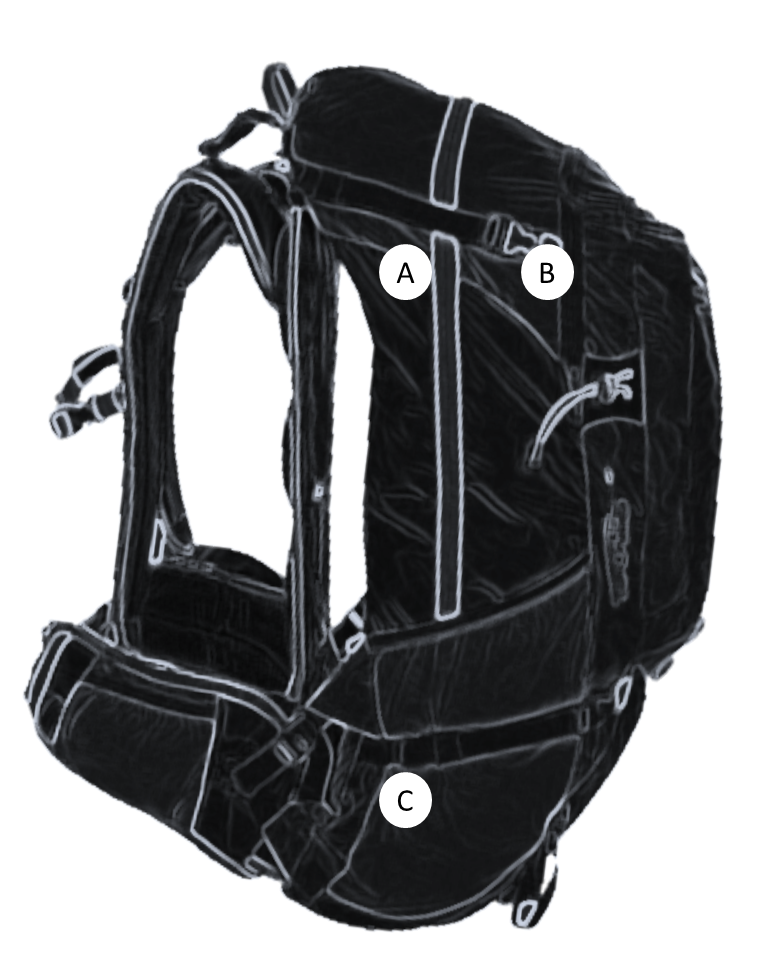 I began by analyzing a 5lb load, at each of the tree locations, at seven angles, depicting the effect of a hiker standing straight or bending forward/backward.  The pack load was assumed to be transferred to the hiker in two points – the waist and shoulders.  The point where the waist load was transferred to the hips was used as the pack's center of rotation, and the resultant load applied to the waist was neglected for the calculations. 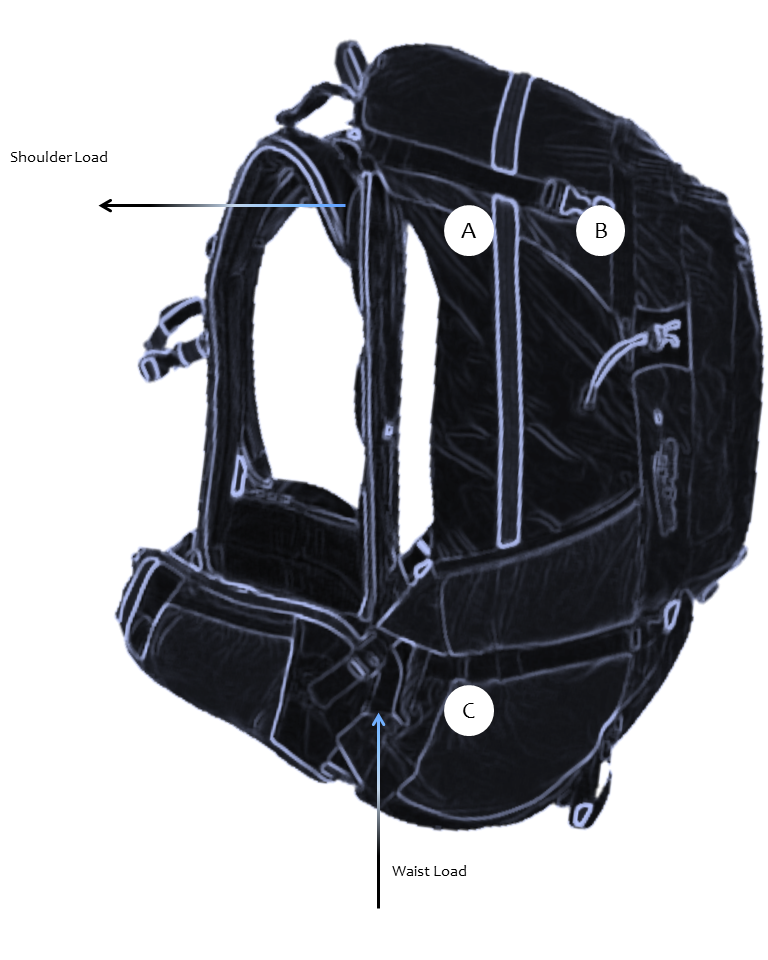 With the backpack resting in the vertical orientation, I calculated the following resultant horizontal loads pulling on the hiker's shoulders: 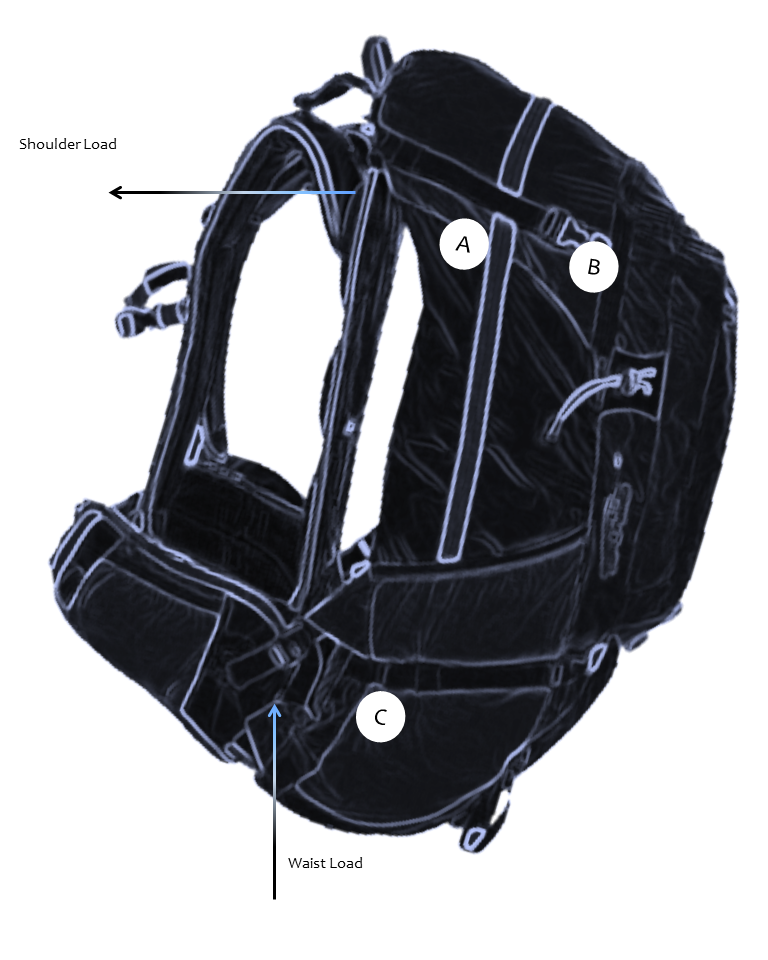 As we rotate the pack, representing the hiker leaning backward, the resultant loads change.  As the hiker leans backwards, Load Positions "A" and "B" begin to increase the applied load on the hiker's shoulders.  This is caused by the horizontal distance between the points increasing, resulting in a larger moment arm.  The horizontal distance between the pivot point, the waist, and the load increases the load's leverage.  As the pack rotates, the distance increase and the resultant load applied to the shoulders increases. 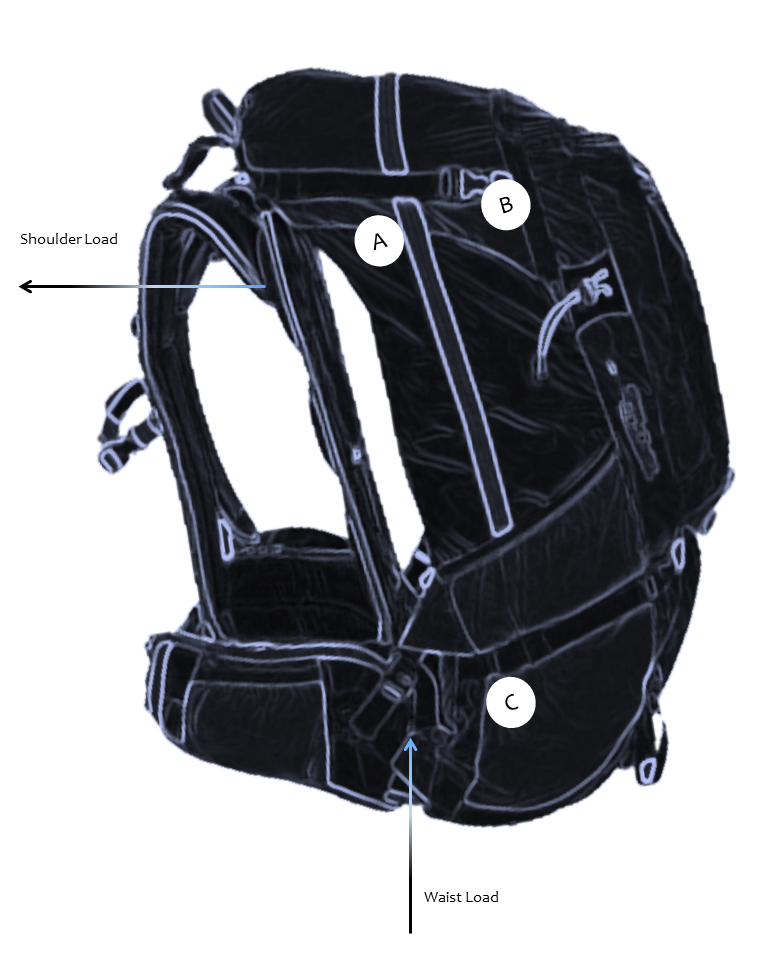 To compensate for the pack "wanting" to pull the hiker over backwards, the hiker tends to compensate by leaning forward.  As the hiker leans forward, the horizontal distance between the pivot point and the load decreases.  This results in a reduction of the load applied to the hiker's shoulders.
Although bending forward decreases the load applied to the hiker's shoulders, it compresses the forward portion of the spine and restricts the lungs from opening fully.  One thing to note is when teh hiker is bending forward at 15º with the 5lb load in Position "A", the load is actually pushing against the hiker's back. 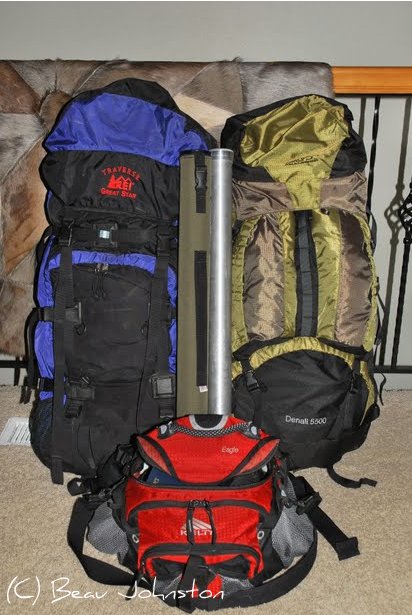 Pack loading plays an important role in weight distribution and affects the load a hiker feels.  While moving a load vertically does not affect the applied shoulder load when the hiker/backpack is in a vertical position, it quickly affects loading as the hiker bends forward or backward.  This change in loading can also be applied to bending from side to side.  While loads placed higher up in the pack may increase the (rotational) inertia exerted on the hiker’s body and help maneuver, the resulting loads could decrease the hiker’s overall stability and increase fatigue.

So how can we apply this to 'real life'?  Krista and I pack for our international travels in two backpacking packs and it is not uncommon to find ourselves standing in customs lines for hours, as we enter into a country, and baggage carts are not always available.  Keeping our heavy items (stoves, cookware, camera equipment, etc.) low in the pack allows us to make it through customs and still be able to travel, on foot. to pick up rental vehicles or the hostel.

Want to see more?
Would you like us to 'Run the Numbers' for something you are interested in? All you have to do is reply to this blog post and the Living Overland team will get to work on your request.