Here are the top headlines from the Overland, Off Road, Photography, and Outdoor Industries for April 14, 2015. 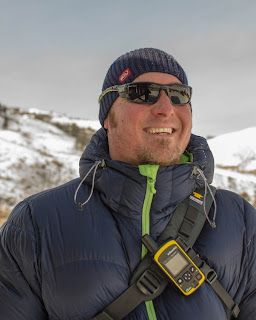 ZAXYN Media, the publisher of Toyota Cruisers and Trucks (TCT) Magazine, announced on June 9 that our very own Beau Johnston would be taking over as Editor in Chief, saying:

"Beau’s LivingOverland.com blog is one of the most popular in the segment, and Beau has grown the TCT Overland Section far beyond its original charter."

Beau's first task as the new EiC will be to further streamline editorial production across all reading platforms.  Beau has been apart of the editorial team at TCT since its inception.  Krista Johnston will remain as the Managing Editor for the Outdoor Lifestyle section while the editorial responsibilities for the Overland section will be distributed among the entire editorial staff.

You can read the entire press release from ZAXYN Media by clicking here: http://zaxyn.com/our-thoughts/item/110-changes-coming-to-toyota-cruisers-and-trucks-magazine 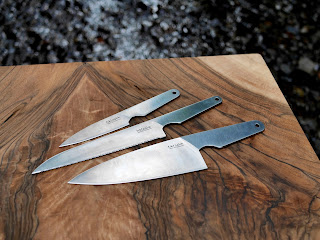 Portland, Oregon based Tiktaalik recently launched a Kickstarter campaign for their new Field Knife Set, saying:
"The Field Knife Set was born out of a desire to evolve, simplify and distill the traditional cooking knife into a tool equally appropriate for indoor and outdoor use without compromising on performance or quality.
The Field Knife Set consists of a 3.5” pairing knife, a 6” serrated knife, and a 6” Chef’s knife made from Sandvik 12C27 Swedish Stainless Steel. Sandvik is a Swedish steel manufacturer founded in 1862 who has been perfecting this specific steel, originally intended for surgical blades, for over 45 years."

Be sure to check out, and support, the Kickstarter campaign by clicking here: http://www.tiktaalik.com/kickstarter

You can read the entire pres release from Tiktaalik by clicking here: http://www.tiktaalik.com/press/

Boise, ID based Adventure IQ offers several workshops to help improve your survival and bushcraft skills. In each of these workshops you walk out with new knowledge, the new gear you use, improved hands on skills, and a cool skill award patch to sew on your pack! These are free workshops we offer- you only cover the cost of materials.

You can read more about Adventure IQ's summer classes by clicking here: https://adventureiq.wordpress.com/classes-workshops-seminars/

AJIK Overland Exchange, known for their innovative 80-Series components, recently launched a group-buy for their swing-out spare tire carrier.  Unique to AJIK, the tire carrier does not require a new rear bumper, but instead is a direct bolt-on design that secures to the factory bumper.

Product Highlights:
You can read more about the tire carrier, and the group-buy, by clicking here: http://forum.ih8mud.com/threads/ajik-spare-tire-carrier-2015-group-buy.862415/