Last year this time I was returning from Yellowstone National Park when June, our beloved 1998 4Runner, began chugging as we drove down the interstate.  I was able to limp June home and worked with my mechanic to get her up and running.  It turned out I had a bad ignition coil and our mechanic did a great job getting it replaced. 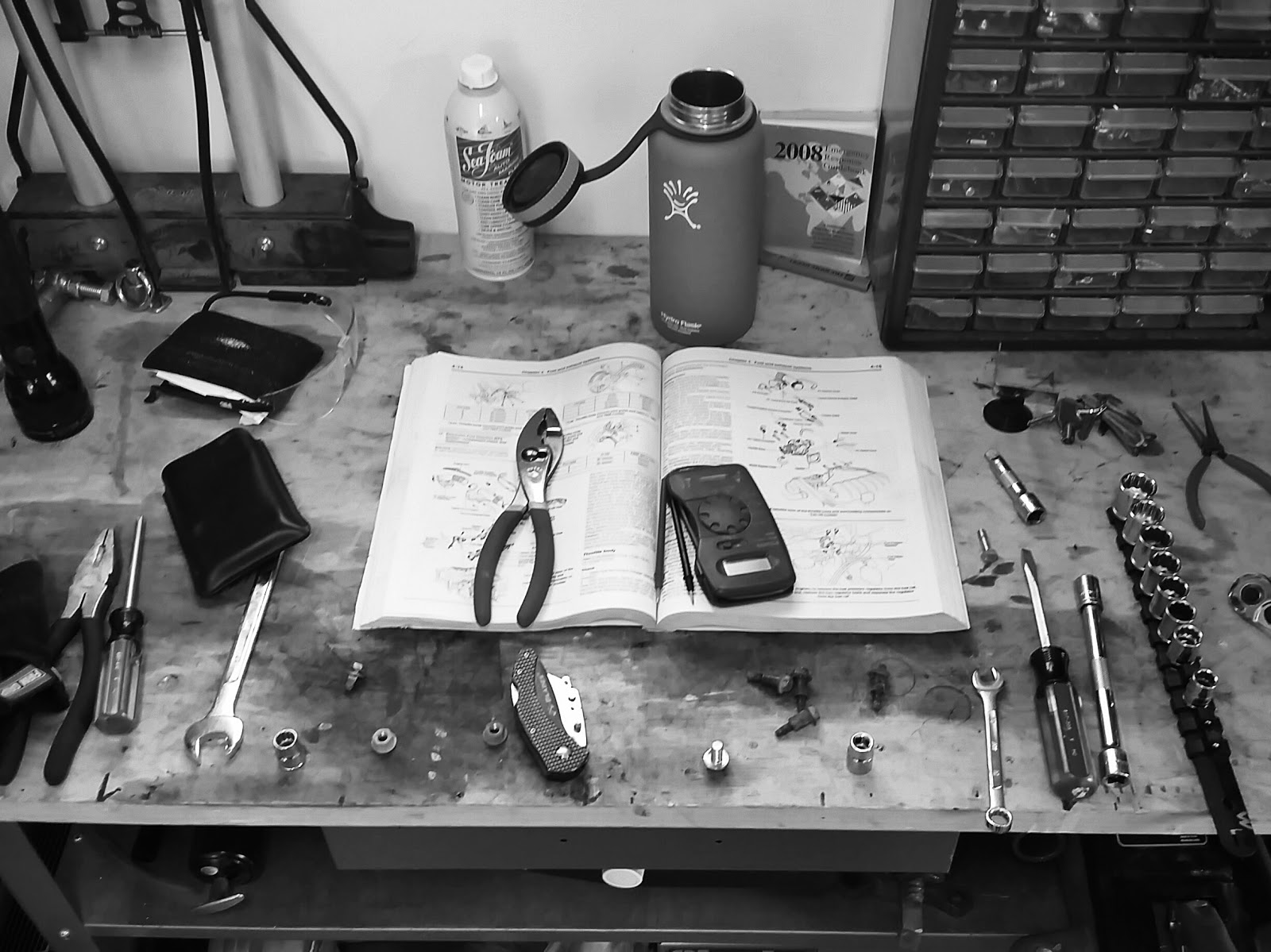 Fast forward to this year; I was driving home from Riverton, WY when June's engine began 'chugging' again.  By the time I got home the check engine light had come on so I ran over to the nearest auto parts store and had them run the code.  As luck would have it the code came back as 'Misfire Cylinder 1', which was the same cylinder that had the bad ignition coil. 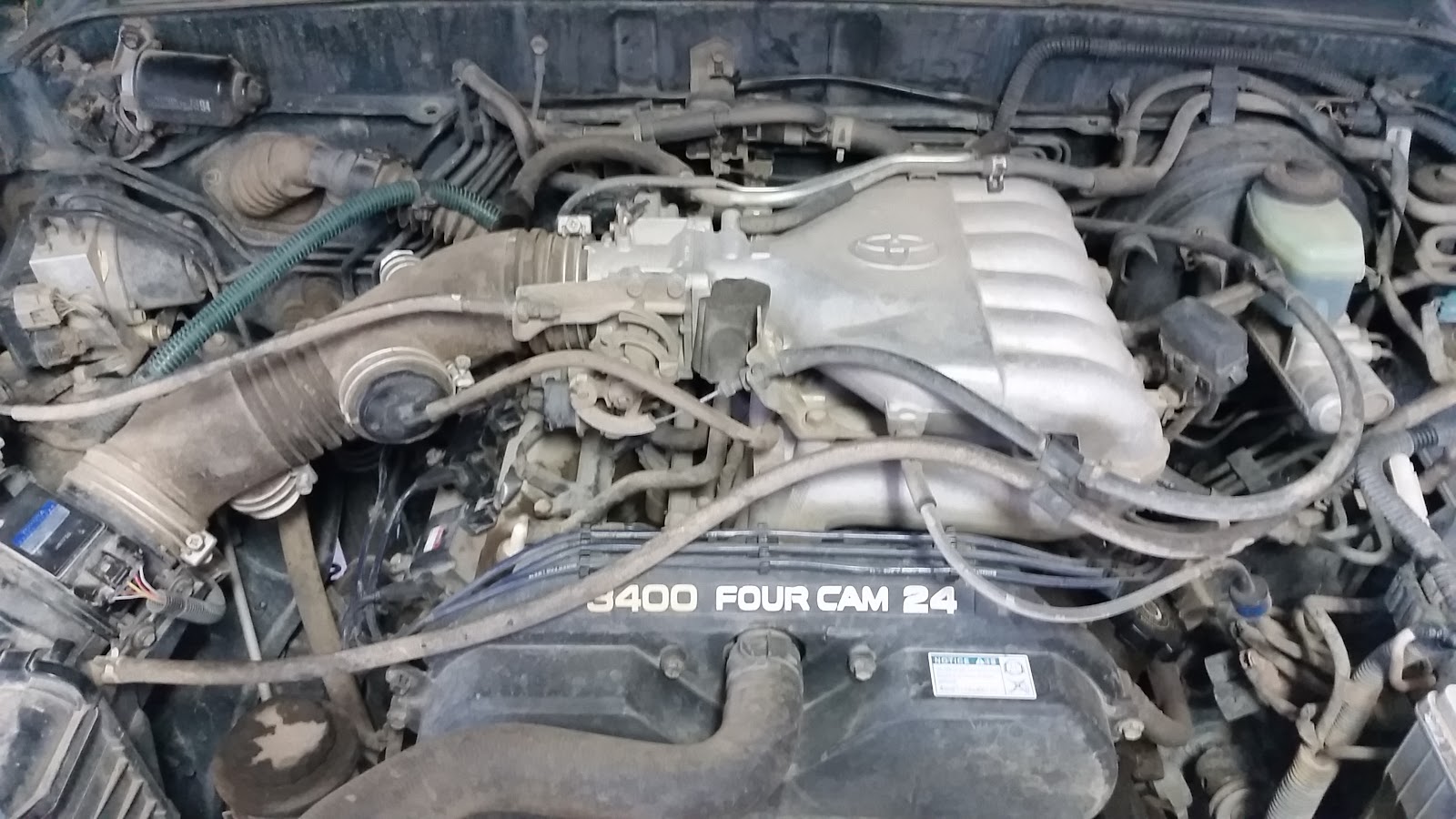 I decided to tackle the project myself, instead of taking June back to the mechanic, and got to work.  Knowing the ignition coil had bee replaced less than a year ago, I first verified the coil wasn't bad by swapping it from the number one cylinder to the number three cylinder.  I reset the ECU by disconnecting the battery terminal and letting it sit for several minutes. 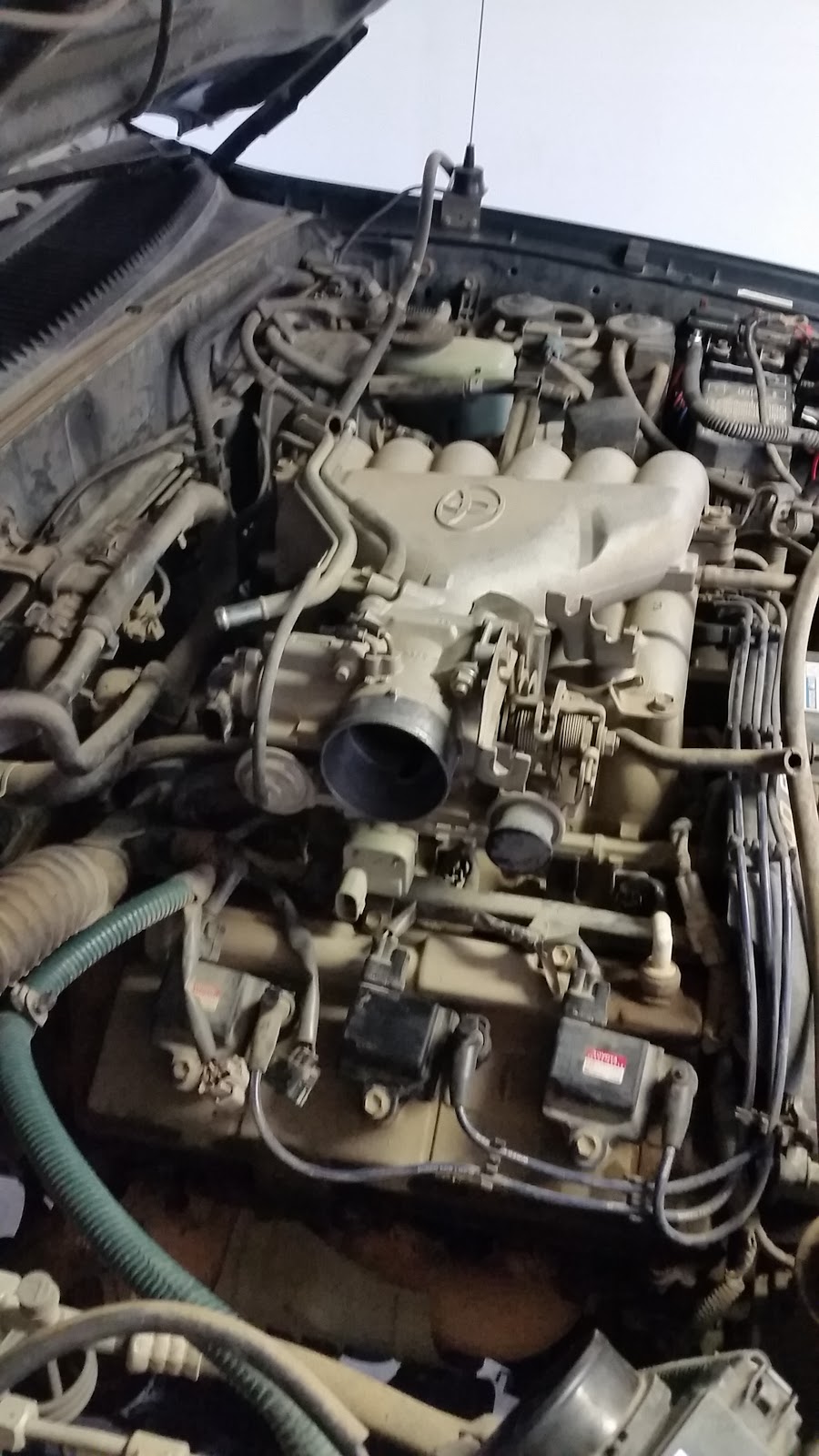 I then reconnected the battery and started the engine.  Soon after the check engine light came on and I drove back to the auto parts store to have them check the code.  The code came back once more as a misfire in cylinder number one, proving the ignition coil was not the culprit.  I purchased a mechanic's stethoscope and went home to see if the injector was functioning.  You should hear a 'ticking' sound when you place a stethoscope against an injector.  When I placed the stethoscope to the injector and heard nothing; the injector was bad. 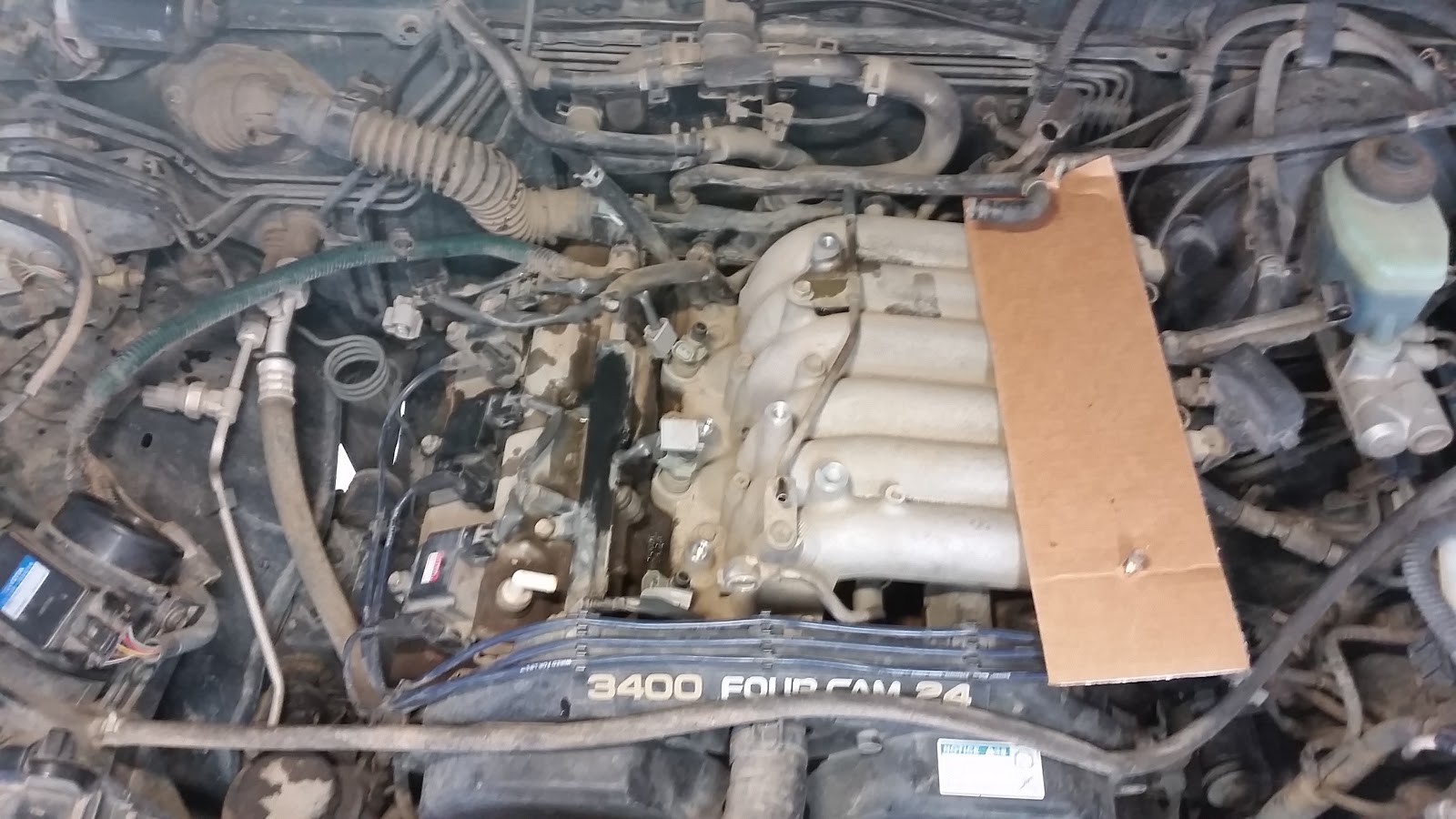 Before I did this I took my shop-vac and a small brush and cleaned the loose debris from the top of the engine.  Removing the intake manifold could result in debris in your engine bay getting into the cylinders.  June's engine bay is VERY dirty, so it took me a while to get everything clean.  With the intake manifold removed I wanted to make sure nothing could get into the intake, so I covered it with a strip of cardboard.  This actually saved my 'bacon' when I fumbled and dropped a bolt right on top of the cardboard... 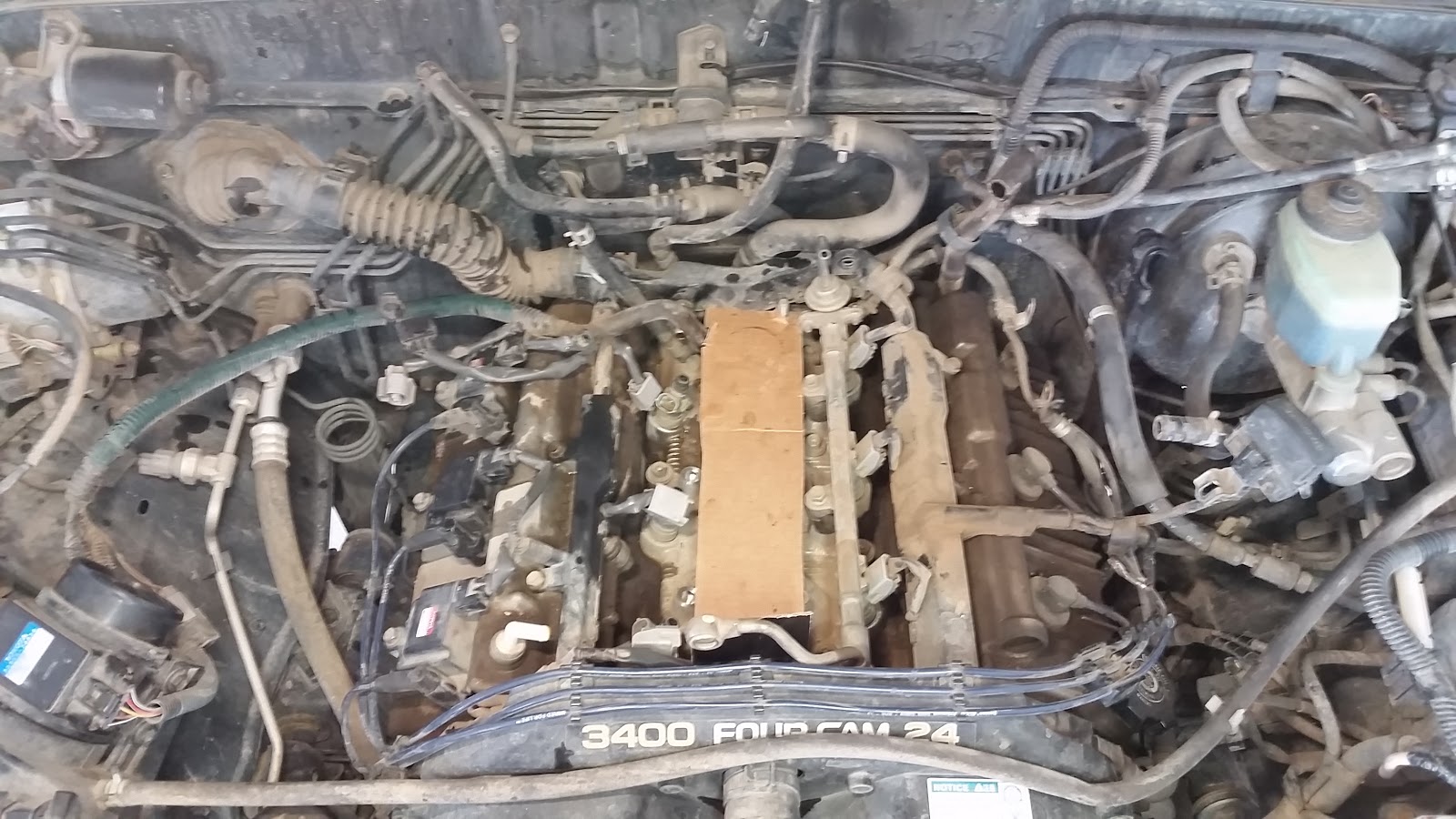 Replacement of the injector was fairly straight forward.  I removed the bolts holding the fuel rails and the rails pivoted backward enough for me to slip the old injector out and new one in.  One thing to note, pulling the fuel rail off exposes the injectors and it is a good time to replace the O-rings and dust seals on the other injectors.  I didn't do this and had two bad O-rings which resulted in fuel being sprayed onto the top of the engine.

If you found this article helpful, please consider using the affiliate link below. The price is the same for you, but a small percentage of the purchase price goes to us, which helps keep this site going. Thank you!