During the summer months, the Southwest is generally too hot to comfortably hike its trails or camp in its backcountry. But like most generalizations, this one has exceptions -- great outdoor places with cool summer weather! And while some such places are rather well-known, you might also consider these often-overlooked gems. 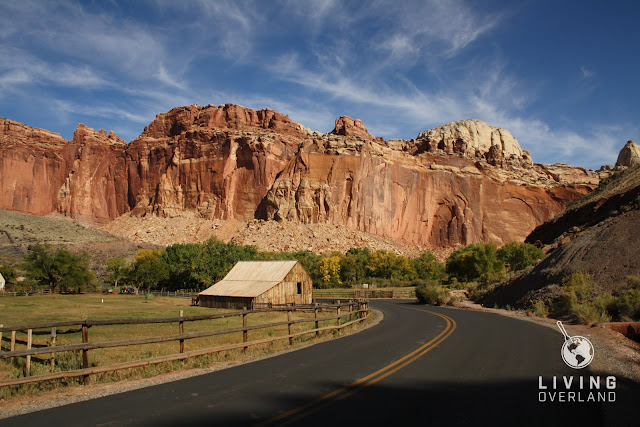 Head up to the Mt. Charleston area on a scenic one hour drive from Las Vegas. Hiking trails of all lengths from easy to difficult, with elevations in the park ranging from 4,500 feet to 11,918 feet at Mt. Charleston Peak. Look for wild burros along the main roads and wild horses at the base of Lee Canyon Ski and Snowboard Resort. Start your visit at the Spring Mountains Visitor Gateway. Depending on the location of the trail you choose, expect temperatures more than 20 degrees lower than in Las Vegas. www.gomtcharleston.com.

Nevada’s only National Park offers a triple treat: Cool temperatures for hiking; some of the darkest skies in the United States, for stargazing; and Lehman Caves. Elevations in the park range from 6,200 feet to 13,063 feet at Wheeler Peak. Lehman Caves is actually a single limestone cavern, where there are daily underground ranger-led tours, 60 or 90 minutes long. Great Basin is an International Dark Sky Park, where visitors can see the Milky Way galaxy and its neighboring Andromeda galaxy with the naked eye, an experience increasingly rare in over-illuminated North America. Through early fall there are ranger-led astronomy programs with telescopes provided for guests. www.nps.gov/grba. 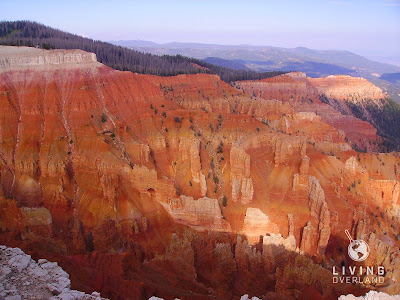 This is the highest elevation park in the National Park Service. Located at about 10,000 feet elevation on the Markagunt Plateau, The Breaks are a natural amphitheater, three miles wide, 2,000 feet deep, its orange and pink landscape filled with the grotesque, tall formations called "hoodoos." Lush wildflowers peak in late July, especially along the Alpine Pond Trail. Look for a herd of elk in the meadows behind the campground; they usually appear just before sunset. www.nps.gov/cebr.
Capitol Reef National Park, Utah -- A geologic wonder with superb hiking to arches, waterfalls and slot canyons but an added bonus of more than 3,000 fruit trees. This is the largest historic collection of fruit orchards in the national park system. The average picking season starts in mid-June with cherries, followed by apricots, then peaches and pears through late September. Finally, there are apples, whose season runs from early September to mid-October. Ladders, bags, and basket pickers are free to use and there is a small charge per pound of fruit on the honor system. Free offer: All you can eat while in the orchard. www.nps.gov/care.

At a higher elevation than the South Rim, this area of the park receives twice as much precipitation as does the South Rim, and boasts lush wildflower displays along the road in summer. Enjoy aspen groves, wide grassy meadows, ponds and dense woodlands of ponderosa pine, white fir, Englemann spruce and blue spruce. At 8,800 feet you will enjoy cool average daytime high temperatures in the 70s and lows of 40s. Far less crowded than the South Rim, the North offers its own extraordinary views from short hikes at multiple viewpoints. Currently, you can look for the large herd of hybrid bison that roams the meadows just after the entrance station. www.nps.gov/grca.

The high elevations at some of these public lands might affect your experience because of altitude sickness. The ideal way to avoid this malady is to spend a day or two at some elevation intermediate between your customary abode and the high destination. But if your schedule doesn't allow that, avoid strenuous activity on your first day at a high location. Stay hydrated, because you lose water faster at high altitude, and use sunblock religiously. Before setting out on a high-altitude hike, be aware of the symptoms: A headache, dizziness, nausea, insomnia, shortness of breath on exertion. Taking an immediate break may prevent them getting worse. Symptoms usually disappear quickly after a retreat to lower elevations, but if they don't, seek immediate medical treatment.
Afternoon thunderstorms are common at all these parks but usually don’t last too long. Some campgrounds are first come, first served while others take reservations through www.recreation.gov.

Deborah Wall lives in Las Vegas and has spent her life enjoying all forms of outdoor sports including hiking, sailing, canyoneering, rappelling, kayaking and winter camping. Wall has been a columnist since 2005 for The View Newspapers in Las Vegas and has published over a hundred feature articles - which include her photographs -  in numerous Southwestern books and publications. Her newest book, Base Camp Las Vegas: 101 Hikes in the Southwest, is available for pre-order on Amazon and will be released everywhere on August 8, 2017. To learn more about Wall, visit Imbrifex Books and BaseCampGuides.com.