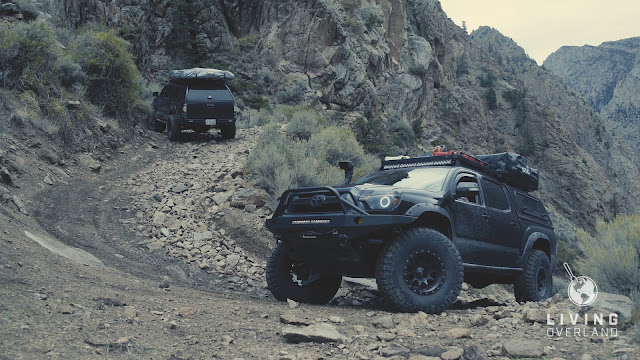 In the late fall of 2016, Sean, Matt, Adam, Tyler, and I left Cody, Wyoming early in the morning. We were on our way to the Morrison Jeep Trail, a narrow, winding path that stretches from Wyoming river valleys to the mountains of Montana. We made our way along the Clarks Fork of the Yellowstone River, rolling out in two modified overland trucks. Sean, Matt, and Adam were in Sean’s lifted Toyota Tacoma with a winch, armor, lockers, and 35-inch tires. Tyler and I in his lifted Tacoma with 37-inch tires, a snorkel and rear locker. 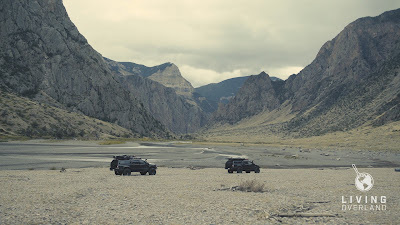 Hours later, we were deep in the wilderness. To the west were the massive forests of Yellowstone National Park and the Shoshone National Forest, where Yellowstone relocates their problem grizzly bears. The trail is only open for a few months. Even during the summer, snow and mud are regular obstacles on the Morrison Jeep Trail. The first September snow storm was rolling in just a day behind us, and we were most likely the last travelers of the year. We were cutting it close — but where’s the fun in playing it safe?


I’d packed light, carrying only my Sony a7sII, a DJI Phantom drone, and some time-lapse equipment. When you’re faced with possible snow storms, grizzly encounters, or stuck trucks, run-and-gun is the way to shoot.


We climbed out of the river valley — past sagebrush and juniper — into the higher alpine environment. Halfway up the switchbacks, Tyler’s truck lost its airline, rendering his rear locker unusable. This meant he’d have to give it more throttle and less caution to make it up the steep, scrambling climbs. The trucks clawed their way up the rocky, muddy trail. I jumped out periodically to document the journey. We slowly made the 2000-foot climb, sometimes three-wheeling and other times using Maxtrax to free the trucks when they became stuck. 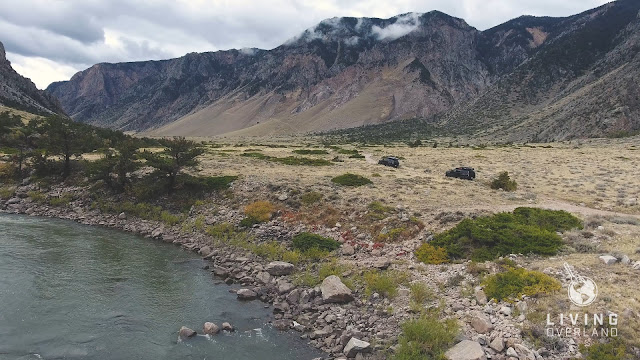 Finally, on top, the view was breathtaking. The setting sun illuminated the gorgeous river valley below us as we geared up for the cold night ahead. We were still exposed, but we knew that a forest lay ahead — a shelter from the howling winds. As we pressed deep into the dark pine forest, we found a suitable campsite, safe from the wind but prime grizzly territory. We parked in a meadow, set up the rooftop tents, and fired up the grill.

As the ground crackled and froze underneath our feet, we talked around the campfire and got ready for bed. It had been an epic day —we were thankful to have seen a wilderness that few had ever seen.