I didn’t die while traveling through Mexico!

I’m a 23-year-old fearless Caucasian female from “Everybody’s Hometown” - Prescott, Arizona. In 2017, from January to May, I worked a full-time job, went to yoga classes three times a week, saw my grandma the other two work week evenings and had band rehearsals, concerts and hiked a new trail almost every weekend. In May 2017, I left my job, bought a backpack, and traveled all around Mexico for six months…solo. 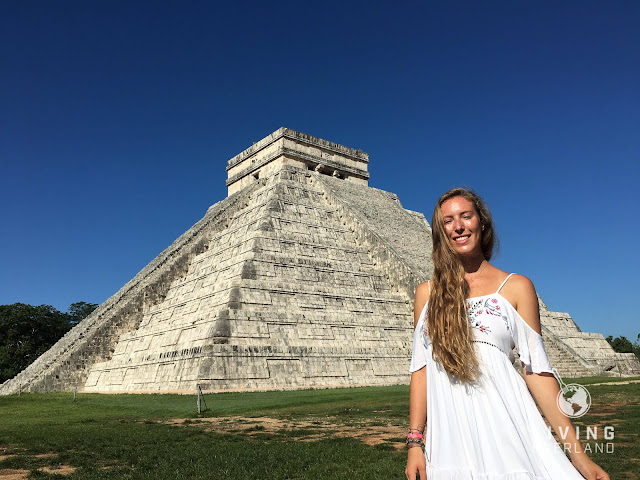 So what inspired me to take off, abandoning the flute that I love so much in the darkness of my closet and my grandma sitting in her recliner at her care home? Well, I spent a lot of time driving around like a maniac, trying to make it to all of my commitments. I found myself trying to be everything for everyone, which resulted in me being constantly late to every commitment all while I was beginning to be burned out. I would adventure so hard on the weekends and then be extremely exhausted the entire workweek. When I was at work, I was always daydreaming about where I’d rather be and mentally planning my next weekend trip. One day it dawned on me that traveling was (seemingly) the only place where I felt my body and mind were united. It was at that moment that I decided I needed to push the reset button: I was ending the toxic cycle and choosing adventure over disenchantment.

I decided to travel quickly; the week I decided to travel was the same week I turned in my notice at work. Initially, I was going to be gone for ten days because my mom and I had a way overdue mother-daughter surf trip planned to Mexico’s Pacific Coast, specifically a place called Sayulita, Nayarit. My mom and I had planned the trip the year prior, and the more I thought about the trip with my mom, the more the thought of doing some actual traveling started to consume me. I soon realized I wanted to buy a one-way ticket and stay in Mexico for an unknown amount of time. 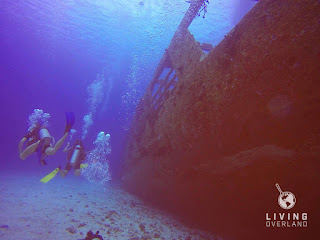 I had been planting the travel seed with my family for quite some time. Before my family had accepted and supported my trip, (not financially, I would like to add, which was quite the surprise to both Mexicans and Americans alike) my mom wanted me to go to university and finish my degree after community college. I was supposed to save traveling for when my back hurt too bad to carry my pack. Although my dad has always been encouraging with my adventures by saying to just “have fun” in life, he was terrified he’d never see me again.

My dad, who I don’t think slept much the first month I was gone, wasn’t the only one concerned about my travels. Nearly everyone in my life could not believe I had chosen to backpack across Mexico. Hearing and seeing all the negative stories about Mexico in the media, many began a campaign to discourage me from following through on my trip. I couldn’t believe all of the negativity. I started to shut down and shut out people who I knew didn’t understand what my intentions of traveling were. If traveling was, in fact, a bad or wrong decision, I was going to figure it out for myself, and with that I lived out my last six weeks in The States in pure tunnel vision.

So, why did I choose Mexico and not the “safety” of Southeast Asia or Europe? Honestly, it’s because I saw Mexico as having everything I wanted to experience in one, not so tiny, country. I have also always been obsessed with the Spanish language. In high school, I took two years of Spanish. When I got to college, I took another two years of Spanish. One of my aspirations in life is to be completely fluent in the Spanish language. The only way I thought I’d ever truly learn it would be to immerse myself in the Spanish culture, living and communicating with the people whose native tongue was just that. 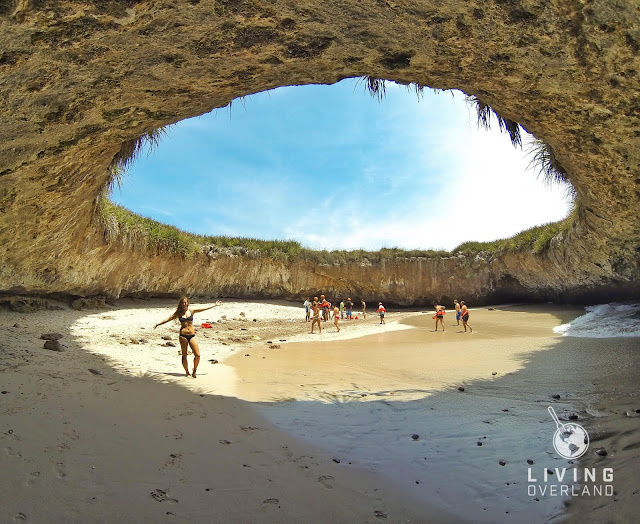 This was not going to be my first trip to Mexico; she and I had a bit of history together, and I had always wanted to expand on that. As a child I had camped with my family in San Felipe, Baja, and, like many from The United States, had visited Puerto Peñasco many times as an adult. This time I was going to go deeper into the heart and soul of Mexico. I wanted to see the rest of the country, meet the people, and combat the misconceptions people have about our neighbor to the south.

I purchased a one-way ticket and left with no plans after my 10-day trip with my mom. I spent six months traveling from province to province, town to town and learned the narrative we see about Mexico in the news does not reflect the vast majority of people I met during my journey. In fact, they are a lot like us; hard working, kind, dedicated to their families and friends, and sentimental about the days gone by. 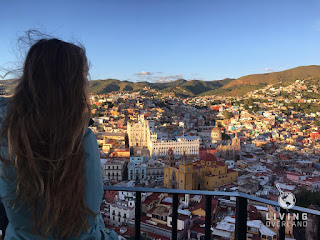 In downtown Guadalajara, I bought a traditional drink called, “tejuino,” from a man on Father’s Day. The man had a balloon proudly displayed on his cart that said, “Felicidades Papa,” with a handwritten, “te amo,” beneath it. After asking, I found out that the man’s daughter brought him the balloon while he continued to work to support his family.

After chatting with an older señor on the bus, we coincidentally got off at the same stop. Instead of getting off and walking away, he turned around and held out his hand to help me off the bus. Another time, seeing that I was a bit lost and confused on a bus, a young man got off the bus and walked me where I needed to go. This young man is now one of my good friends.

In Mexico, the phrase, “mi casa es su casa,” couldn’t ring truer. Mexicans will take you in as their own before they even know you. Mexicans grandmothers will continue to feed you even when you are full! Mexicans aren’t afraid to say anything; they will let you know that you are loved, that they miss you, that you’re bonita, that you’re feo. They will tell you when you're crazy, and they’ll tell you when you’re brave. Everywhere I went, there were smiling faces and people willing to help when and if I needed it.

The people I met, the experiences I had, and the culture I experienced is not what is on the news. Mexicans are people, too. The people and country, itself, are as colorful and vibrant as their buildings and traditions. Mexicans are not a reflection of their government, and most Mexicans I met weren’t too keen on their president, just like how sometimes we aren’t too keen on ours. 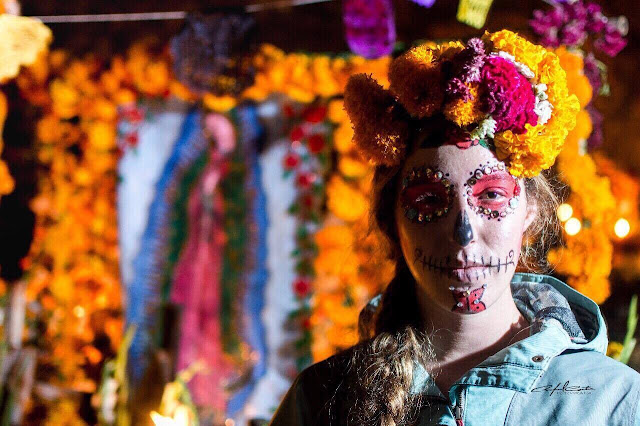 I know this sounds cliché, but at the end of six months, the thing I learned most about was myself. I learned that I can do anything and that I can do it alone. There were times that I had to get extremely creative, being aware and think critically about situations. I learned that I’m a lot more confident, brave, flexible and adaptable than I ever thought before. I may not have lived in Mexico for years, or even one full year, but I immersed myself so deeply that I have an eternal connection to the marvelous country that is Mexico. I’ve completely adopted the culture. Now that I have been home for a few months, I find myself thinking and talking to myself in Spanish and listening to the same songs in Spanish on repeat.

Traveling is and has been quite the mind and eye-opener. I obviously feel the way I do because I had such positive experiences, but I wholeheartedly encourage everyone to seek out the good in what other people claim to be bad… and I bet you’ll live to tell about it just as I have. Most of all, I’ve learned that home can be anywhere and that anyone can become family. 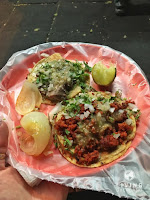 P.S. The tacos are simple, authentic, unadulterated by hipsters and absolutely delicious. I even ate a tongue and intestine taco…to which I say, not bad!

Oh, and as far as safety is concerned, I often felt safer walking at night alone down the streets in Mexico than I ever do pumping gas in my vehicle off the side of the freeway at night in Phoenix. I’m going to publicly declare (and cross my fingers that I don’t jinx myself for future trips) that nothing was stolen, I was never robbed, never had a run-in with the police, and was only scared for my safety twice in 6 months.

Lauren Sherwood has roots in the Overland Industry but has recently become an Outdoor Education Facilitator for an Outdoor School in Prescott, AZ. When she's not outside working with students, you can find Lauren cracking jokes, quoting movie lines, waking up before the sun to bag a peak or swimming at the base of a waterfall. Lauren is a firm believer that a price cannot be put on experiences and that just about everything is worth trying once. Be sure to follow her travels on Instagram @lolosherwood.