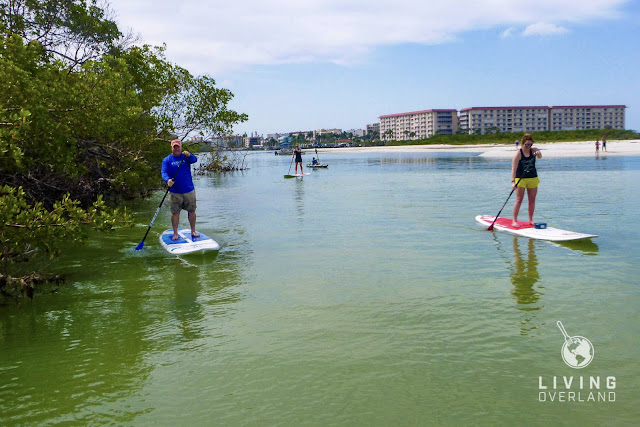 Overlanding is not only about marking locations off the map, as one of the best aspects of traveling is experiencing new things in new places including doing things that take you out of your comfort zone. Overlanding can be more than just relaxing with grand views; it can be about the growth one’s self through new experiences not available at home. 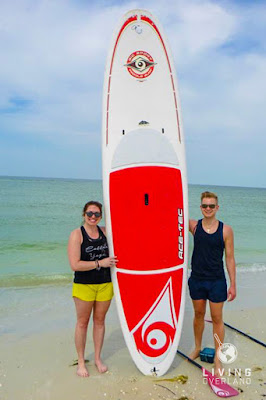 While in Florida, I reckoned it would be the perfect place to give a stand-up paddleboard (SUP) a try. Growing up in the Chesapeake Bay Watershed, I have spent 30 plus years’ fishing, swimming, and paddling canoes and kayaks in its vast network of tributaries. Albeit a little older and a little thicker around the waist, I decided that those skills would hopefully translate reasonably well to a new sport.

Research conducted at my favorite watering hole pointed me to Brent Bensmiller, the owner-operator of Paddle Naples. With a little bit of liquid courage, I decided it was time to give a SUP a try, gave Brent a call and arranged for a tour and lessons. I prefer doing business with a smaller, single owner-operator, versus the bigger touring companies, as I feel you get more personable attention with the smaller companies. Brent is the owner and operator of a mobile kayak and paddleboard tour company based out of Naples Florida. Although Brent only started his guiding business in 2015, it became very evident, as the day’s adventure transpired, that his years on the water far exceeded the young age of his company. 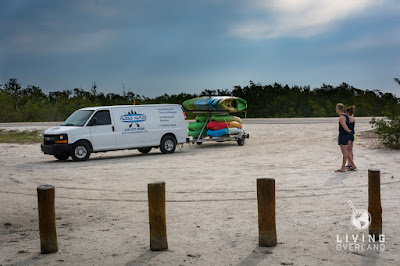 The morning of my adventure I found myself pulling into a small parking lot on Hickory Island and meeting up with fellow travelers, a couple from Springfield, IL named Paul and Gabie. Paul and Gabie were in town for a wedding that evening and wanted to get some SUP time in before the festivities. As we chatted, I began staring at the small put-in through the open cut into the mangroves that led to a winding mangrove creek, and I began to question my decision. “Not only will I have to stand up on the board, but now I’ve got to be able to maneuver through a maze of mangroves while navigating the tidal current.” I thought to myself. 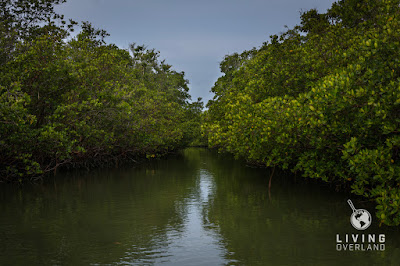 Talking with Paul and Gabie, I soon learned that I was the only newbie to a SUP in our group. But there always has to be a first time for everything, right?! If you never embark on that first time, there never will be any new experiences to store in the memory bank to retell later around the campfire. I was ready to give this a try.

Brent arrived a few minutes later, and after unloading the four boards, he began explaining the basics of how to stand, where to place your feet, and how to paddle on the board. Gabie and Paul easily jumped on their boards and paddled off into the mangroves; I glanced around to see who was watching and tentatively stepped up on to my board.  I’m here to tell you; I didn’t fall off the first time I stepped up on a SUP.  I did, however, fall off later, when I grounded on a sandbar. In my defense, I was engrossed in the sights of my surroundings and was not watching where I was going. 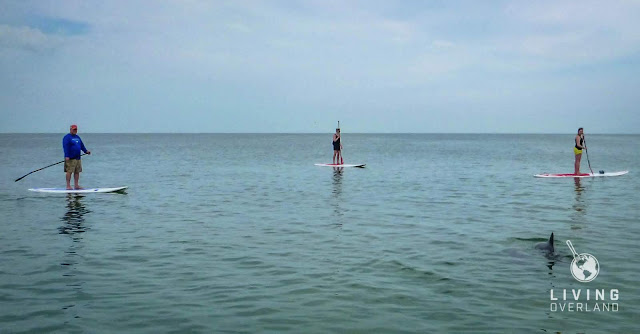 We weaved our way down through a mangrove-lined creek, around a few sandbars, then exited into a deep cut that took us out into the Gulf of Mexico. The paddle in my hands felt natural and in short order, I was able to control my board like I had been doing it for years. At least I felt that way, even if it didn’t entirely look that way to the onlookers.

Fishermen stood along the banks, and a few kayakers paddled around. I was neither today. I was a paddle boarder. The small one foot swells rocked the SUP and tested my core balance. I passed the test, and soon was paddling over the gulf swells and among the local dolphins.

When it came time to beach our boards and take a break, I was feeling a little more confident and surfed, if you can call it that, the small Gulf waves up onto the beach. During our break on the beach, Brent informed us on the local history of the area and other local lures. So, yea, there is a nudist beach at Lover’s Key. Who knew? Brent’s paddleboard tours with Paddle Naples are around 2 hours in length and cost $65 per person. Brent can be reached on the phone at 239-301-8888 and his website is www.paddlenaples.com. With that in mind, Naples FL is a great destination for the winter traveler looking to escape the cold north. From the outstanding fishing, warm water beaches in January 1st class restaurants and with the Everglades just down the road, Naples is a great place to visit and explore.

Back on the water, the subject of fishing (my favorite subject) came up, and Brent explained that Paddle Naples also offers guided kayak fishing tours.  The prospect of hooking into, fighting and landing a big tarpon from a kayak is very intriguing. I expect it won’t be long before Brent and I are together again on the water and continuing my travel experiences with new things in new places. 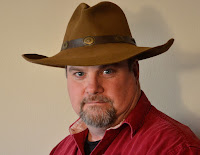 Andrew Aughenbaugh enjoys traveling North America with a fishing rod, kayak paddle or gun in hand. Andrew finds the adventure in the journey and not the trophies collected. His writing and photography often reflects on the personal interaction with the natural world and living life through experiences.

When Andrew returned from a summer in Alaska working as an off-road adventure guide in 2012, he created his own blog website, Augie’s Adventures.com. Augie’s Adventures covers a broad spectrum of outdoor topics embracing overlanding and vehicle builds, fishing, hunting, kayaking, canoeing, camping and just getting out and enjoying nature.