Why You Need a Pressure Cooker on Your Overland Trip

Last week the pressure regulator of our pressure cooker broke, rendering the cooker useless until we receive a new regulator that is on its way to Mongolia as we write. 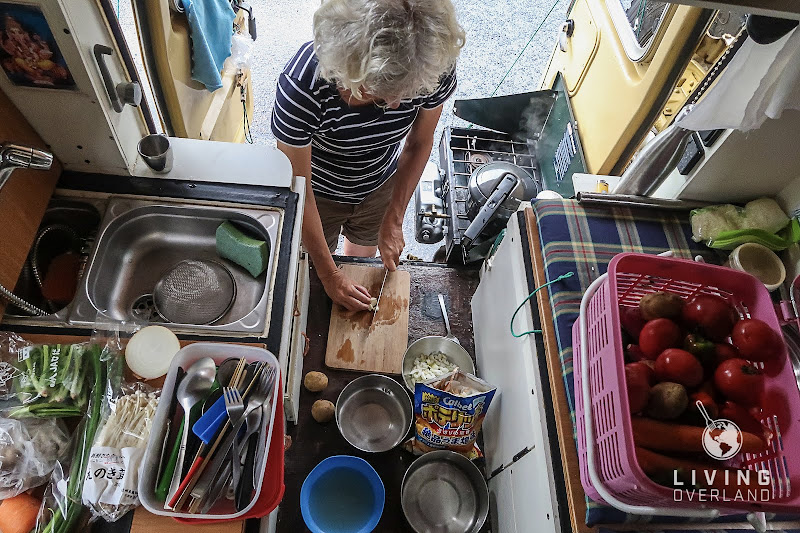 Meanwhile, I feel somewhat handicapped when cooking. After twelve years of using a pressure cooker to prepare pretty much every hot meal on the road, I had forgotten exactly how incredibly useful and energy efficient this cooking pot is.

Let me give you some examples: 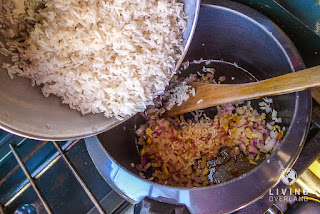 When tired after a long day of driving – or if I simply don’t feel like cooking – a pressure cooker allows me to throw in the lentils with the rice (2+2 cups), add 7 cups of water, let it all boil for 5 minutes and voila there is my meal. To liven it up I might add some diced vegetables to the mix without the need for extra water. In a regular pan, the boiling times are so different that mixing the two ingredients would result in raw rice or overcooked lentils.


What is a Pressure Cooker? 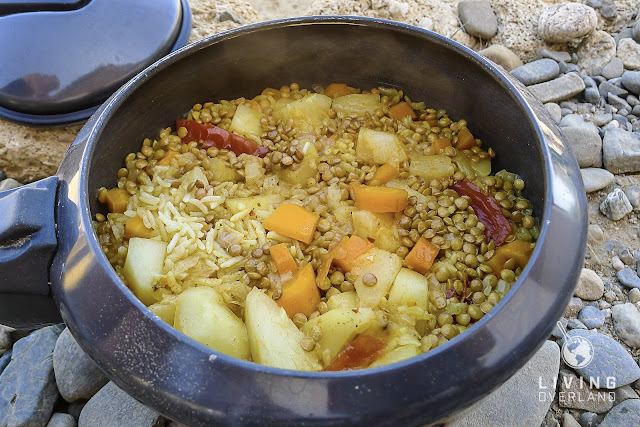 Ever since the first pressure cooker was invented, in 1679 by the Frenchman Denis Papin who called it a steam digester, it has been redesigned and improved but the basic idea has remained the same.


The Pressure Cooker in the Overlander’s Kitchen 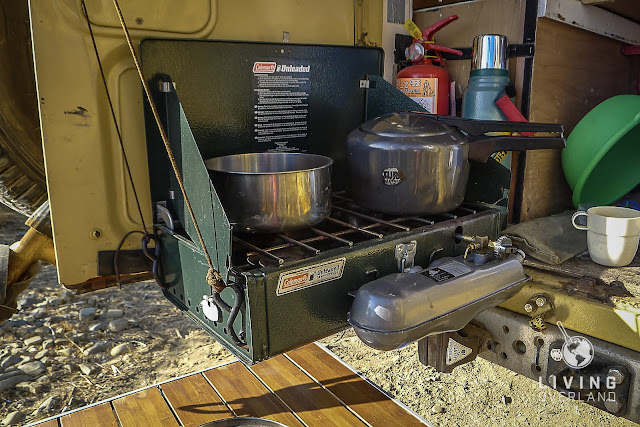 To tackle the space issue we have three tips:

There are stories about pressure cookers exploding. I don’t know the ins and outs of those stories but obviously, pressure cookers do come in different qualities (and price ranges) and as with any equipment, it needs to be used properly.


Pressure cookers come with a safety valve. This means that when too much pressure is built up inside the cooker, the valve melts, allowing the heat to escape through the now open vent. We’ve had this happen three times, because once we forgot to add water, once we forgot to set the timer and the pot ran dry, and once we tried baking bread in it and the rising dough blocked the top vent. 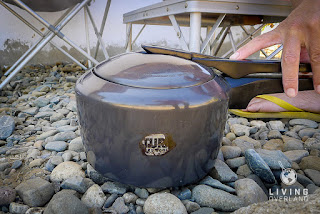 Our first pressure cooker, bought as an experiment, was a thin aluminum, three-dollar one that we found in an open-air market in a village in India. It lasted only a couple of days, which was long enough to make us realize its value so we invested in a good one.

Our Hawkins Futura is top quality. Hawkins is an internationally recognized brand and you will find dealers around the globe where you can buy these pressure cookers and spare parts.

At the time we paid the equivalent of about forty US dollars for it and, twelve years later, it is still going strong. Using it almost daily, we have blown three valves (as described above) and replaced the rubber seal twice. The pressure regulator now broke for the first time which is probably the result of cleaning it somewhat too roughly.

When we have our pressure cooker working again, I’ll be sharing some recipes with you. Stay tuned.

If you have any questions, please fire away in the comment section below. We will be happy to answer them.