Day 3:
The next morning we found it colder than the night before. So I got up early and built a fire and started making breakfast. We decided to pick up camp and head home as Sunday night called for even colder temperatures and a chance of snow. So after breakfast we picked up camp and headed down to the lower end of Trail Creek to do some more fishing.


On the way out we stopped at the Trail Creek Summit for a picture next to the National Forest sign. 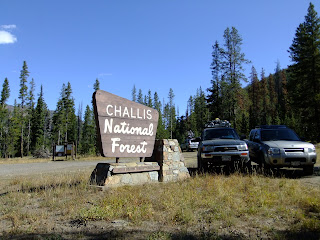 After spending some more time fishing along Trail Creek, my father and I took one last photo together before parting ways. 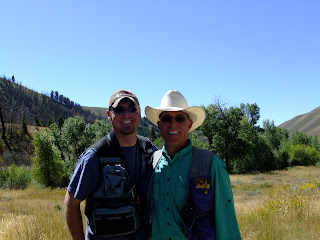 After topping off the fuel tank in Bellevue, ID, we headed East along Muldoon Canyon Road toward the Little Wood River Valley. Our next stop was the Muldoon Mine area for a quick stop for some rockhounding. The drive over the summit into the valley was dusty with the Bellevue side being rather rocky. There is a lot of country to be seen in this area, and much of it can be reached by motorized vehicle. We only passed one other vehicle, an FJ Cruiser, on the trip over the summit into the Little Wood River Valley. Once in the valley, the roads improved and we quickly made it to the Muldoon Mine area for some rockhounding.


After some further exploration, we decided to drive up Muldoon Canyon and discovered the ruins of the charcoal kilns that fed the Muldoon Mine smelter. I decided to go do some investigation and take some pictures. I was amazed at how well built they were and how they had lasted since their construction in the early 1880’s. 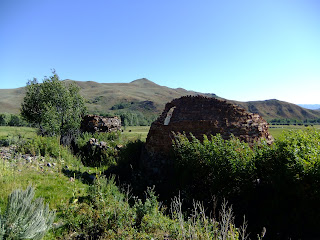 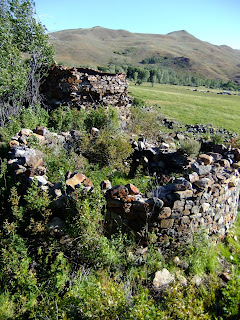 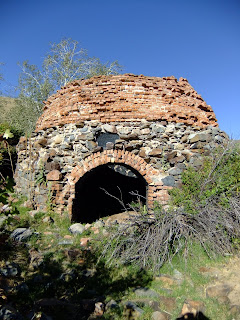 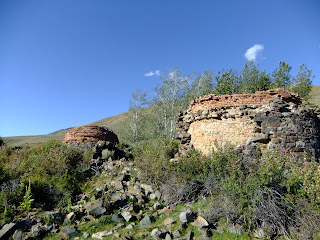 After exploring the kilns, Krista decided we needed to head up the canyon to the investigate the mines and check out the area before heading back to Pocatello. What an awesome wife!

After stopping in Blackfoot, ID for Mexican food, we eventually made our way home. The only casualty on the trip was on the first morning, which I dropped our FujiFilm F70EXR on the ground breaking the LCD. So I really had a ‘Point and Shoot’ camera as there is no viewfinder and only 1/4" of the screen was functional.

Back to Part A