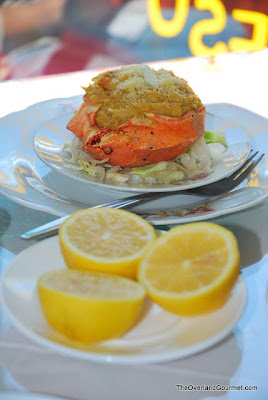 As we traveled through Chile, we tried to capture the specialty foods each area had to offer. We loved every dish we tried, although we did have some clear favorites by the end of the trip. Below are some of the dishes that stood out during our travels. We hope you enjoy. 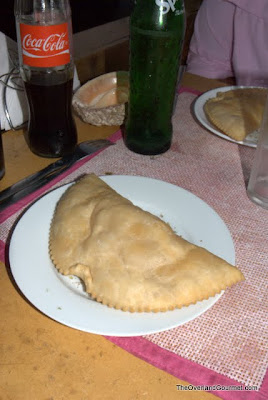 Nothing represents Chilean food to the traveler like empanadas! Small roadside stands selling these calorie packed meals are abundant and easily found. We found empanadas filled with beef, cheese, vegetables, and or or seafood. The beef filling consisted of ground beef, sautéed onions, raisins, black olives, and 1/4 of a hard boiled egg. The seafood filled empanadas we had consisted of locally made queso (cheese) and shrimp, although crab and mussel empanadas were also available. The outside of the empanadas varied region to region; some were made from a basic pizza dough while others were made of a savory pastry dough. Our favorite empanadas during the trip were queso and shrimp in a pastry shell.


Loosely translated as 'For The Poor' in English, a lo Pobre is a popular side to most Chilean dishes.  Perhaps part of the allure of the dish is its simplicity in preparation.  A lo Pobre is made by frying two eggs over easy, placing them on a bed of french fries, and serving as an accompaniment to  favorite main dish.  I cannot see how you can get any better than this!

Paila Marina is a traditional Chilean seafood stew cooked and served in an earthenware bowl. The base for the stew was a shellfish stock to which fish, shrimp, clams, calamari, abalone, muscles, and picoroco were added. Garlic and Onion were added for flavor and cilantro was used as the garnish. As always, lemons accompanied this seafood dish.

If you are used to purchasing shellfish in The States, note that not all restaurants feed the shellfish cornmeal prior to serving. The first time we shared this dish, we dug right into this dish unprepared for the grit found in the shellfish and found it hard to handle. 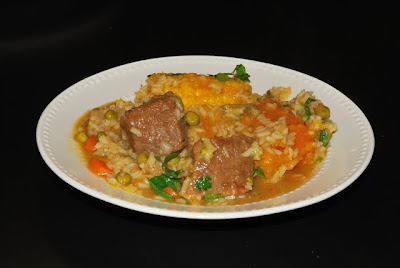 Cazuela is a hardy vegetable and meat soup. There are two major varieties served throughout Chile: de Vacuno (beef) and de Ave (chicken). The soup is prepared with sauteed garlic, onions, and grated carrots combined with the beef or chicken, corn, zapallo camote (a variety of squash), peeled potatoes, large pieces of carrots and rice. To simplify serving, many families bundled individual servings of meat, vegetables and potatoes and simmered these in the vegetable broth. 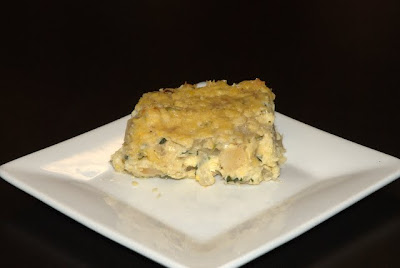 Pastel de Choclo (translates roughly to cake made of corn) originated from the humble beginnings of peasant life in the northern part of Chile and soon spread to become a staple in many Chilean households. The dish is a layered corn and meat casserole which is baked in the oven. Although the recipe varies from family to family, the basic concept remains the same. A base layer of meat filling, similar to that found in many empanadas, consisting of ground beef, sliced hard boiled eggs, olives, and herbs is placed in the bottom of an earthenware bowl or baking pan. A base layer of pureed corn mixed with milk, egg, sautéed onions, garlic, and spices is then added to the top and the baking pan is placed in the oven.
Our host family, for the three days we were in Valdivia, prepared a version with fresh local queso between two layers of the pureed corn mixture.