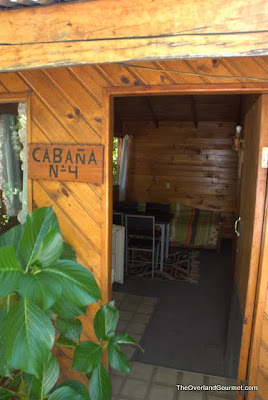 
To help reduce the stress of travel we think it is important to make lodging reservations for the first couple of days of an extended trip, even if we plan to 'Wing-It' the remainder of the trip. We used hostelworld.com to reserve a room at the Camila 109 Bed & Breakfast in Valparaíso to allow us time to settle into our new surroundings. Camila 109 proved to be a perfect jumping off point for our adventures in Valpo. It is within walking distance of several city attractions and after an exceptional breakfast of fresh baked bread, cheeses, and fruit we were always ready to tackle the town. If you are planning on reaching the B&B by personal/rental car, make sure you turn around in their small driveway as the street becomes very narrow, steep, and dead-ends around the corner. The road is not marked with a 'No Salida' sign and we found ourselves navigating, in reverse, back up the road around other parked cars. At some larger hotels, hostels, and B&Bs there is the option to pay in US dollars or Euros. Foreigners paying in these currencies are exempt from paying the 19% value added tax.

As we prepared for the remainder of our trip and traveled south to Region X, we had our list of hostels in hand. When we arrived in Pucon we met couple from Idaho, now living in the area, who reserved a cabaña for us and opened our eyes to another lodging alternative. These little cabins were an economical alternative to staying in hostels, especially since there were three of us traveling together. We found cabañas for as little as 20,000 Chilean Pesos ($40) per night and as much as 40,000 Pesos ($80) per night depending on location and number of rooms. Most cabañas have enough beds for five or six people. Traveling during the off-season allowed us the ability to comparison shop and barter when we arrived at our destination. Cabañas are advertised on small signs along the highways and we were always able to find the right one within 30 minutes of searching. We had been warned by the couple from Idaho to expect to pay 40% more for lodging in touristy towns because we were foreigners. I am not sure how legitimate this was as we never encountered a situation where we felt we were being taken advantage of.


Staying in cabañas allowed us to prepare our own meals, take warm showers in non-communal showers (as we would have encountered in B&Bs and hostels), and provided a secure location for storing our gear while we were out exploring the country. Most locations had WiFi available, although much of the time the signal was too weak to do much more than post updates on facebook, and cable TV to watch your favorite Chilean programs. 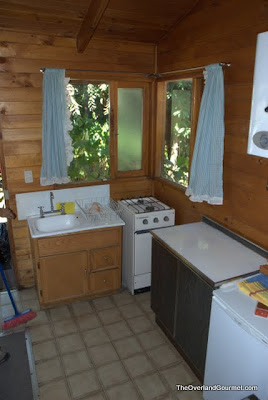 Most of the cabañas were fully stocked with cooking equipment, tableware, and utensils which made it easy to make a quick dinner.

Back to Traveling Through Chile﻿