Traveling Through Chile - Pucon Part B 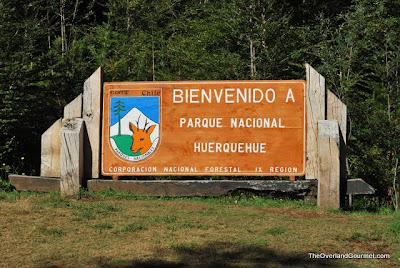 Our next stop of the day was to Huerquehue National Park, a mere 45 minute drive from Pucon. (The native mainland Chileans are called Mapuche and their words are often used for location names or street names; half the time we would see things named with typical Spanish words/names and other times the language was definitely Mapuche. The Mapuche language is very different than Spanish and was quite difficult to pronounce or understand). The drive to Huerquehue is up a winding dirt road still serviced by the bus system; the area surrounding the road was thick with tree cover so we delighted in the occasional openings where we could see large lakes or views of the nearby volcano. 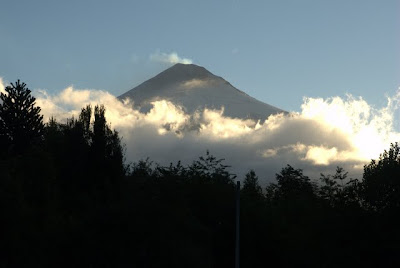 Along the drive up to the park we stopped by a roadside restaurant/hostel to fuel our bodies for our next adventure. Our options were red or white wine and chicken or trout. We chose white wine and trout when we were promptly taken behind the house to a pond where he dipped his net into the water and pulled out several flopping trout and asked if they would be acceptable. While our meal was cooking, we enjoyed the warm weather and beautiful lakeside view. Our meal consisted of some fried bread accompanied by a relatively spicy salsa, fresh tomatoes dressed lightly with lemon juice and herbs, and then the freshly-caught trout with some tasty rice. Filled to our gills, we got back in the car and continued our drive to Huerquehue National Park. 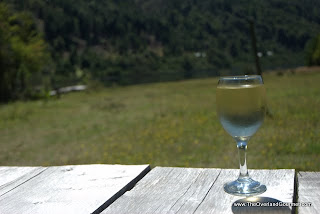 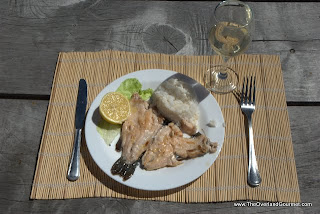 When arriving at the park you first stop outside of the main park building (a mere 300 square feet) pay your entrance fees and listen to the park rangers will gladly tell you about the trail system and the length of the hikes. They then direct you to park behind 100 yards behind the park building. We were so excited to make our way up the 1000 meter elevation change over a five-mile hike (one way) to take a peek at the alpine lakes on the upper lake loop. After walking through a gorgeous and very humid rainforest filled with lizards, vines, moss, ferns and squawking parakeets, we started our ascent up a large mountain trail canopied by Auraucaria trees. Several breathtaking waterfalls can be visited along the ascent. Although the elevation change was great, it wasn’t anything we weren’t unaccustomed to ascending in Idaho, but the humidity is what killed us. Used to a mere 15% relative humidity, the 90+% humidity taxed our bodies cooling systems and made the hike a little unpleasant. After making a huge ascent, we started walking along a hilly trail and noticed a gate; we then learned that our 3+ mile hike, thus far, had only brought us to the park entrance. After speaking to some other hikers in the area and realizing that we still had a long ways to reach the lakes, we decided to turn around and head back to Pucon, as it was already fairly late in the afternoon. We really enjoyed the park and wish we had arrived early enough in the day to make it all the way to the lakes. 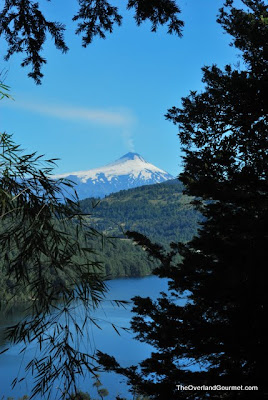 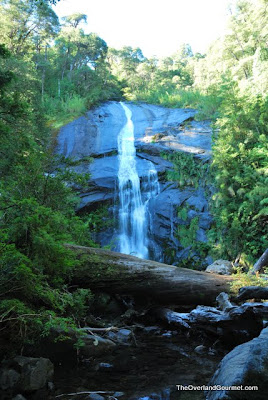 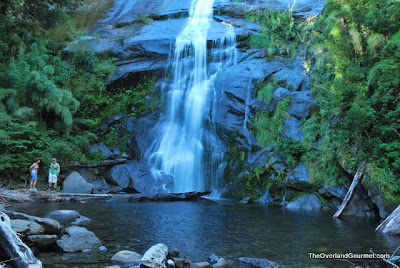 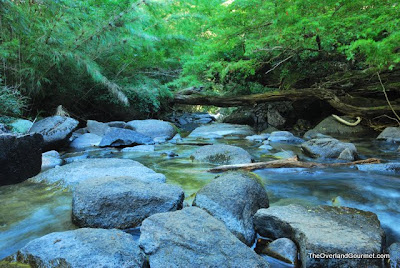 One of our favorite finds in Pucon, which served us well the remainder of our trip, were the wild blackberries that grew EVERYWHERE. If there was a place to pull off the road, we were almost guaranteed to find blackberries. It was like visiting Oregon and seeing the interstates and highways lined with eight foot tall thickets hanging heavy with the gorgeous fruit. Every evening we would pick grocery sacks full of the small but sweet berries and eat them for dessert, while driving around the country side, for breakfast, or just because they were so delicious. 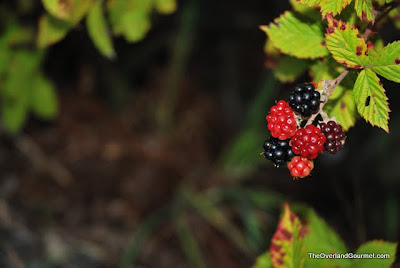 Back to Traveling Through Chile