Traveling through Chile - Chiloe Archipelago A 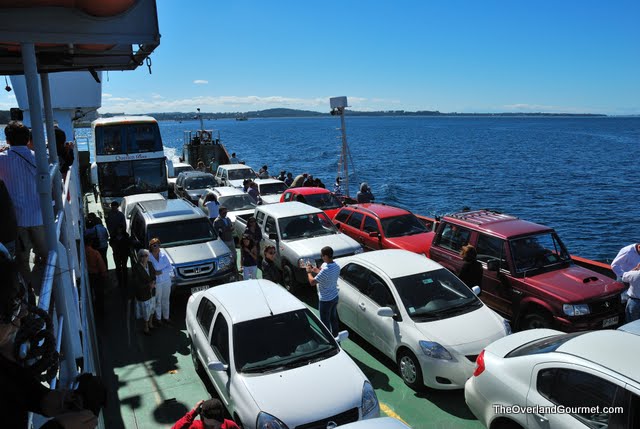 We began our journey to Chiloé by picking up the ferry to the South of Puerto Montt.  We happened upon the ferry loading area just as the ferry was loading, so we didn’t have to wait to board; the waiting area for the ferry just consisted of several parking spots and a few small stores for the travelers to pick up a snack while waiting for the ferry to arrive. The ferry was not unlike one of the small Washington State ferries, but motorists and passengers paid once onboard and most often after the ferry had departed.   The breezy 30-minute ferry ride across the Chacao Canal to the island of Chiloé was beautiful and relaxing; we saw many seals, sea lions, and an occasional dolphin. 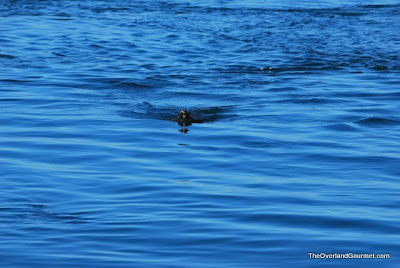 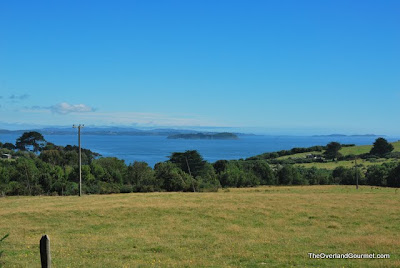 Upon arriving on Chiloé, we remembered the guidebooks saying that the topography of Chiloé is definitely different than that of mainland Chile.  The rolling luscious green grassy hills and the frequent grazing sheep reminded us of Ireland and New Zealand.  Other parts of the island were so thick with vegetation that one couldn’t venture off a trail without using a machete to chop through the dense growth.   The entire island is approximately 3500 square miles, but much of it is inaccessible by vehicle.   Of the approximate 155,000 island inhabitants, over half live in the two main towns of Ancud and Castro.   We drove 45 minutes down Route 5 to Ancud, the largest town on the North of the island, and enjoyed the numerous wooden churches along the way.  There are very few mineral resources on Chiloé, so construction materials are limited to wood unless you are wealthy enough to import some metal or stone.   The primary industry of the island is fishing; there is Salmon farming, fishing from the sea, and the shellfish industry.  We were excited to learn that the island is known as the bivalve capitol of the world. 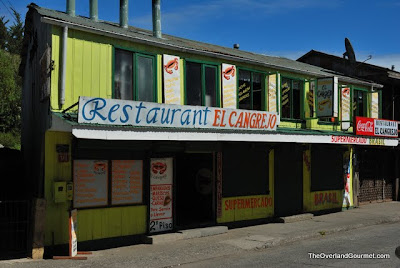 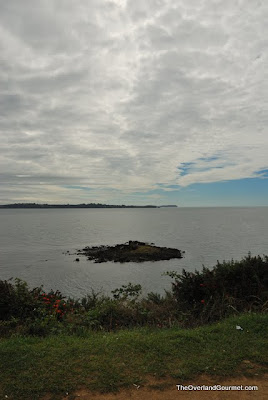 Ancud is a sleepy little fishing village and although the tourism industry is slow by U.S. standards, a majority of the city industry is there to suit tourists.  We used our Footprints Handbook to Chile to choose a spot for lunch—El Cangrejo (the crab).  I enjoyed a filet of freshly caught Conger Eel accompanied by a Pisco Sour (the token mixed drink of Chile), Beau devoured a plate full of shellfish, pork, and some sort of potato cake.  Lara took part in the restaurant’s token dish; a warm crab cake like salad stuffed into the top shell of the crab.  She also had the apple chincha liquor, but it was a little too strong for her liking and had our dispose-all (Beau) finish it off. 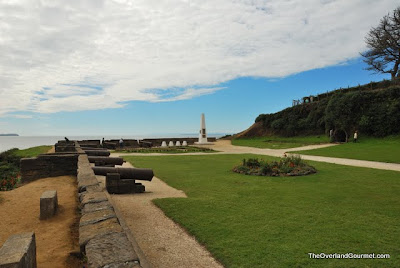 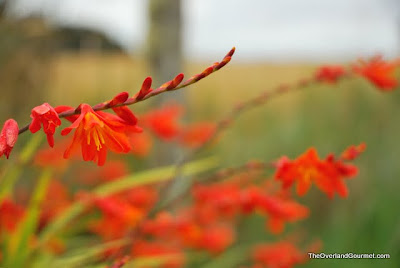 After stuffing ourselves, we felt the need to walk off some of our extra calories and found ourselves looking at the ruins of Fuerte San Antonio.  This is the fort where the Spanish surrendered Chiloé to Chilean troops in the early 1800s.  We met an American chef at the fort; she was in Ancud studying Spanish and learning to cook Chilean cuisine.  She highly recommended that we visit the penguins about 20 miles to the northwest of Ancud; she said that a bus left the depot around 10 in the morning and drove people out to see the penguins.  Although we wanted to see the penguins, we postponed our visit to them for a few days.
We drove an hour south to Castro and planned to base our time on the island there, as it is centrally located.  Following three trying attempts at finding a reasonably priced cabaña, Lara finally secured a $40/night cabaña a little outside of town.  The owner of the rental units invited Lara and me into her home, referring to us as her daughters, and introduced us to her child, husband, and parents.   Finally settled into our home for the next four nights, we ventured out into Castro to blow some time.  After orienting ourselves with the curvy waterfront and the homes precariously built on pillars over the water, we found the town center and an empanada stand.  These savory treats were different than those we enjoyed in Valparaiso; these empanadas were filled with a beef, onion, green olives and hard-boiled egg mixture encased in a bread-like shell which made it easy to take back to enjoy at our cabaña.  Mornings at the cabaña were not as relaxing as we had hoped; we were often awoken in a scene, not unlike that from Alfred Hitchcock’s “The Birds”.  Hundreds of squawking parakeets, ibis, and other random birds   Hummingbirds were also flying around but weren’t part of the ruckus.

Continued in Part B