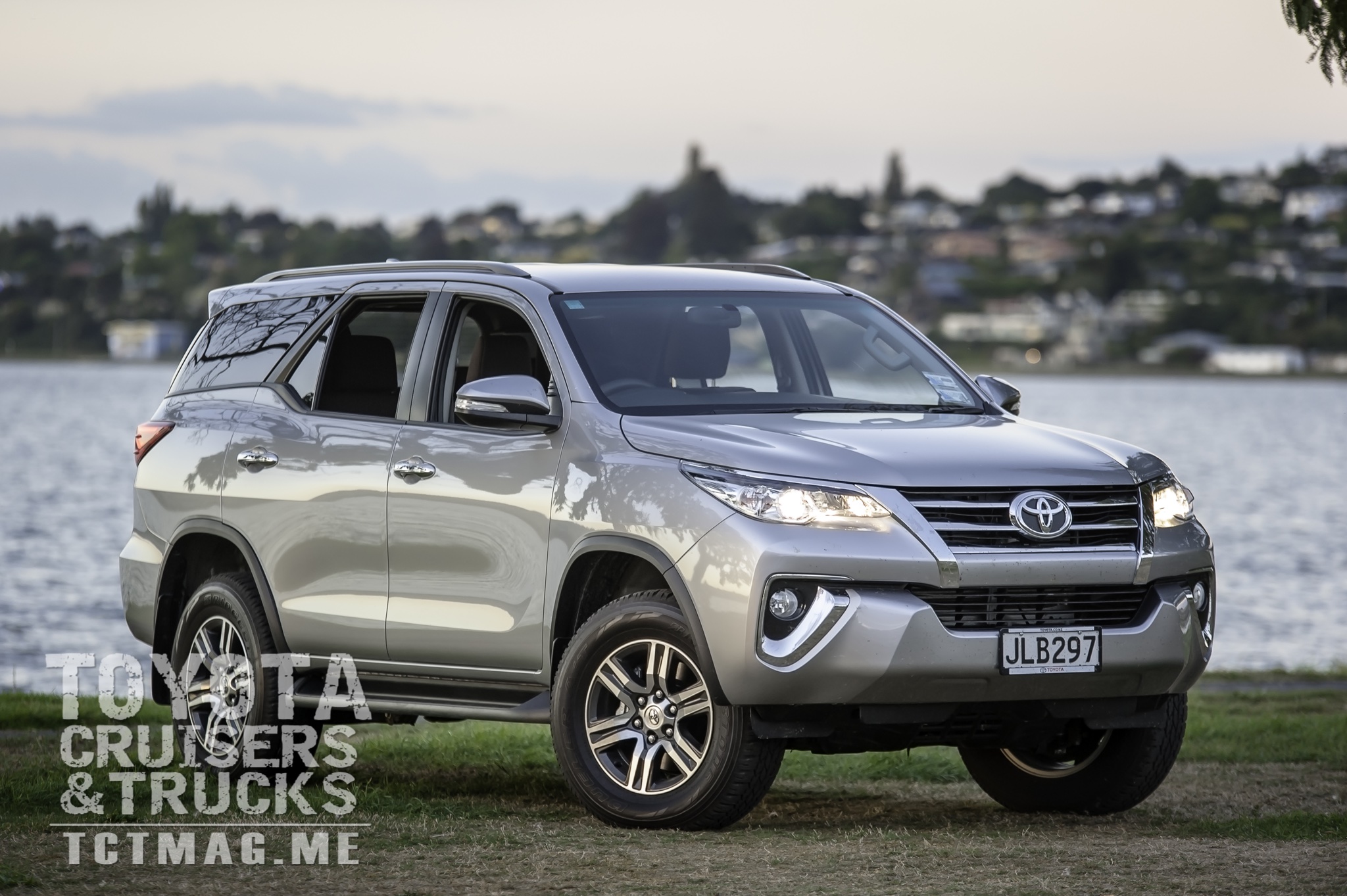 The new Toyota Fortuner has made its way into New Zealand dealerships and it is turning a lot of heads. As the country continues to embrace the outdoor lifestyle image, the demand for SUVs capable of fueling the population’s adventure-seeking way of life also increases. We were lucky enough to spend two weeks touring the North Island in a manual transmission GX Fortuner this past March and immediately fell in love with it. 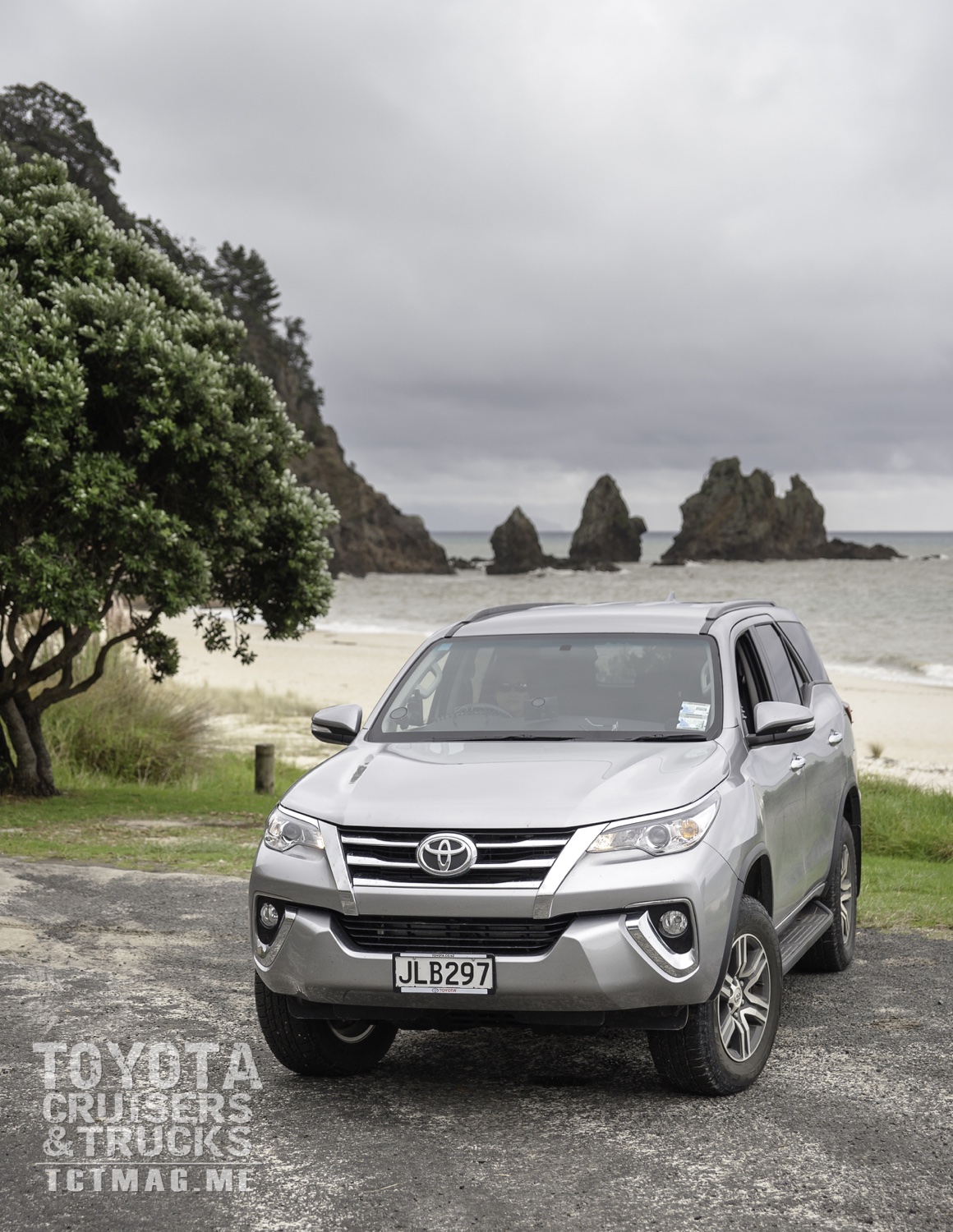 The new to New Zealand SUV bridges the gap between the Highlander and Land Cruiser Prado. It targets buyers looking for a rugged, diesel-powered SUV that can handle the demands of daily commutes and the rigors of hauling the family to the mountains for holiday. The Fortuner offers the same 2.8L turbo diesel engine recently introduced in both the Hilux and Prado. It also shares the Hilux’s drive train, coming standard with a 6-speed manual transmission and part-time four-wheel drive system.

I quite liked the look of the new Fortuner with its distinctive, sweeping lines. Even the stripped-down GX version I test drove looked like it was plucked from the premium SUV category. Chrome highlights were tastefully done and only served to accent look. I found the overall styling to be a welcome change to its more aggressive looking American cousin, the 4Runner. It is a large SUV, by New Zealand standards, but its overall appearance does not suggest as much. It isn’t until you sit inside of the Fortuner that it is packing a lot of space into what appears to be a small shell. 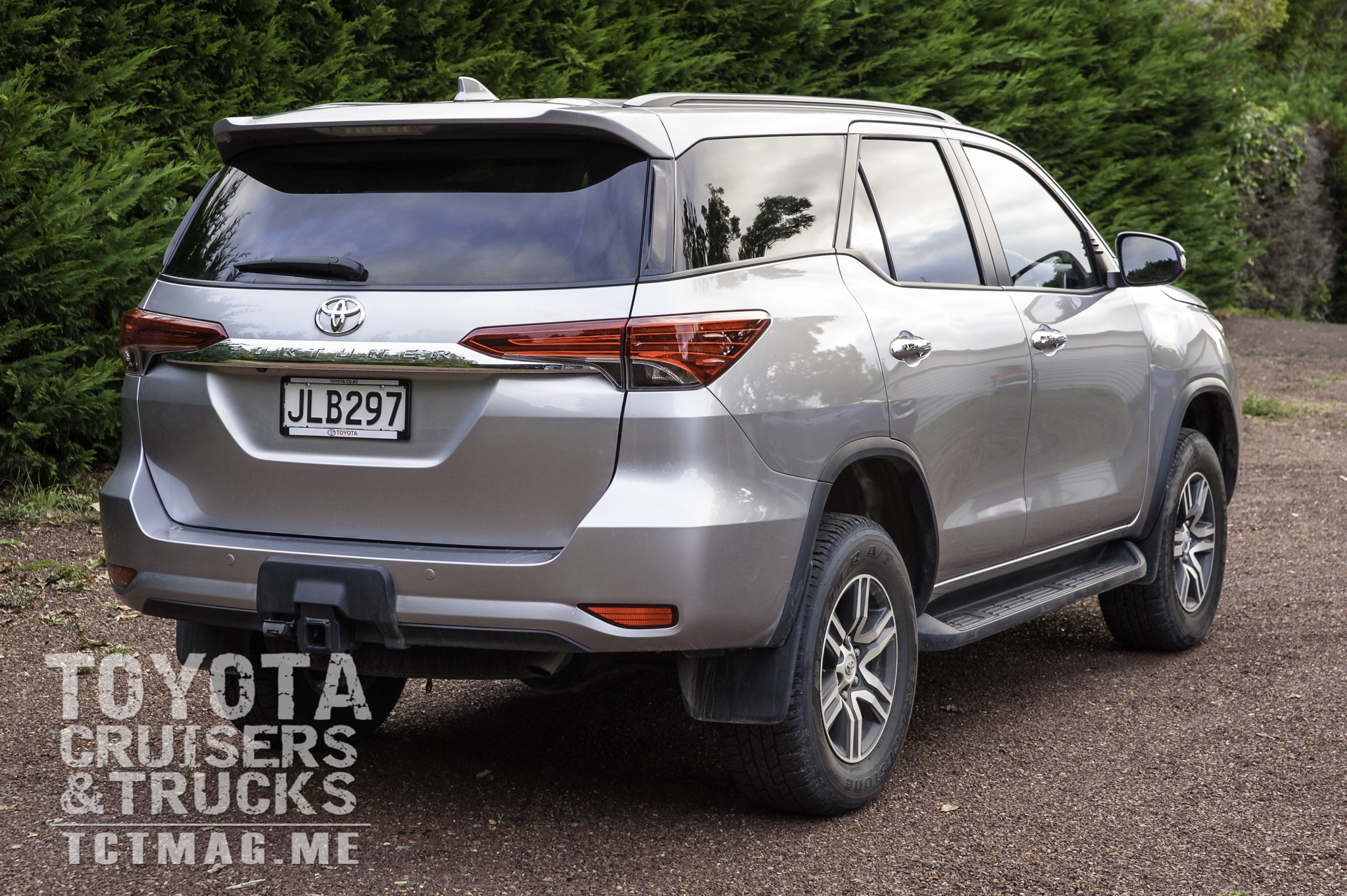 As noted earlier, the Fortuner shares much of its components with Toyota’s other popular models. It incorporates the same double wishbone front suspension, with coil springs and stabilizer bar, as the Hilux and a 4-link rear axle similar to the design of the Land Cruiser Prado. Despite what seems to be Toyota’s pulling parts that are already on the shelf and installing them on the Fortuner, the ride was extremely pleasant. It handled the curves of Wairata Canyon with less body roll than I was expecting. It also chewed up the miles along the dusty road to Port Jackson with ease.