The promise of sleepy beach towns, pristine and secluded beaches, geothermal features, and misty rainforests drew us to visit The Coromandel Peninsula (The Coro, for short) toward the end of our latest visit to New Zealand. The Coro is located on the North Island, an hour and a half drive or a ferry ride east across the Firth of Thames of Auckland, yet it is the world away from the hustle and bustle of the country’s largest city. With no agenda and a limited list of places we had to see, we kept our two days planned for the area open to exploring anything that caught our fancy. 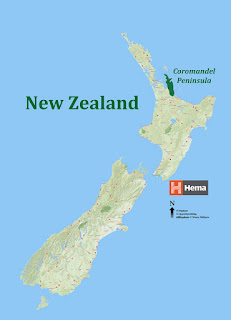 Driving northwest into The Coro from Tauranga, our Toyota Fortuner eased us through the non-stop windy roads up through dense forests and rugged landscape that used to be gold mining territory. We first bailed out of the Fortuner to watch the surfers brave the crashing waves in Whangamata. In the Māori language, the Wh is pronounced like an F; Whangamata and Whitianga roll off the tongue fairly easily, but town names such as Whakapapa sound a bit off to our English ear at first.

There is a peace that only comes to me when near the water, so frequent stops along the shore for this current in-lander were a necessity. Continuing to head north through the mountains, our next stop was Whitanga (Whiti, for short). Whiti sits along the pristine waters of Te-Whanganui-o-Hei; this area was inhabited by the Māori for nearly 1,000 years before it was discovered by Captain Cook and coined it Mercury Bay. The air of the region’s timber exporting and boat building past could be felt while walking along timber sidewalks and maritime vibe. Visiting Whiti in March (the equivalent to early fall in the Northern Hemisphere) made this sometimes-busy beach town of 5,000 residents seem sleepy and quite inviting. Almost every hotel, motel, and B and B had a vacancy, so we chose a modestly priced motel just a few steps from the beach as our base camp. 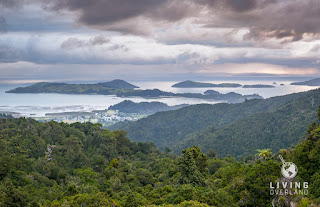 Following an obligatory sunrise beach walk, we jumped into the Fortuner and headed north toward Whangapoua and New Chums Beach. Knowing that getting to and from New Chums Beech during lowish tide was necessary, we parked and made the 30-minute hike along a rocky coastline and through the periphery of a rainforest to a vast and very secluded beach. The waters were calm and inviting, and we had it almost all to ourselves. After spending a couple of hours enjoying the sun and sand, we left so that we wouldn’t be stranded on the beach until the next low tide! 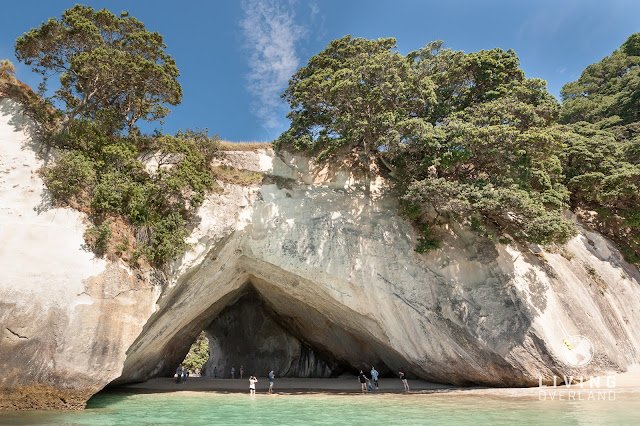 Over the mountainous interior of the peninsula from Whiti lies Coromandel Town and, supposedly, a to-die-for restaurant. Looking at our trusty map and remembering there were two ways to Coromandel Town, we flipped a coin and decided to take Dotted Line Road through the rugged interior as opposed to the Solid Line Road. The clouds were high in the sky, but the trees and foliage creeping into the narrow dirt road kept us from viewing the vista we suspected to be around nearly every corner. Every so often we could peer down into a deep canyon and see a hundred different shades of green and in addition to native flowers we had only seen in store-bought flower arrangements. Dotted Line Road seemed to take us further and further from civilization and deeper into areas where no one would notice a vehicle had plummeted off the hillside. Our trusty Fortuner handled the road like a champ, especially in the damp and muddy areas, as we made hairpin turns alongside cliffs. Along the route we found a lesser known waterfall and grove of Kauri trees that we enjoyed all to ourselves; we didn’t have any other souls during our two hours of exploring the alternate route. Dinner was delicious, and because it was getting late, we drove Solid Line Road back to Whiti; while this road was paved, it still offered the spectacular scenery. 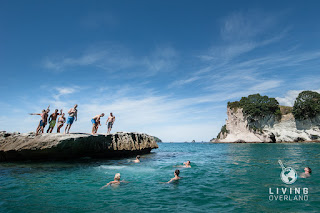 We are not the type of travelers that go on guided excursions, except when we are unable to reach a destination without being part of a tour. This was the case for visiting some sea caves and Cathedral Cove (you can hike to the cove, but not the caves). Departing from Whiti, a small group of us took a zodiac boat and entered several breathtaking sea caves. At first, we only saw the creepy small crabs walking up the walls of the cave, but the crystal-clear water revealed an abundance of colorful fish. Crystal Cove was even more beautiful than it appears in photos, and my only regret was that we didn’t bring our swimming suits and follow the snorkel trail.

That afternoon we drove back Solid Line Road, passed through Coromandel Town, and traveled along the western coast on our way to the northern-most point on the peninsula. The scenery along this route was beautiful but quite different from the areas we were previously. In areas Pohutukawa trees draped over the road, creating a tunnel. This would be a spectacular sight during the southern hemisphere summer when these Christmas Trees are covered with red flowers. The hillsides were grassy and the trees were less dense, so we could constantly view the rugged coastline. Wanting to get some photographs of the Fortuner in action, Beau asked me to take the wheel. Though my heart raced a bit, it was my first time driving a manual transmission right-hand drive vehicle, and it just so happened to be along a steep cliff. 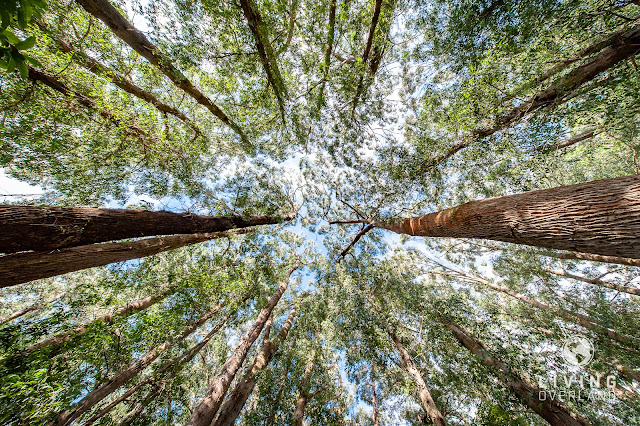 Before arriving, we had planned to leave the Coromandel after our second day there, but we enjoyed the area, wanted to hike into Cathedral Cove, and do more exploring, so we extended our accommodations for two more nights. Our plans were thwarted by a torrential rainstorm that settled into Whitti early the next morning. Over seven inches of rain fell in a few hours leaving roads flooded and no way out of town, so we spent the day catching up on sleep, reading, planning our adventure for the following day, assessing the localized flooding, and eating delicious Thai food. Though we planned to hike into Cathedral Cove early the next morning, the storm had stirred up the water which left it murky which is not conducive to snorkeling. Instead, the day was spent meandering through lush rainforests, hiking to waterfalls, scouring deserted beaches for shells and sea glass, exploring tide-pools, and touring a small macadamia nut orchard. 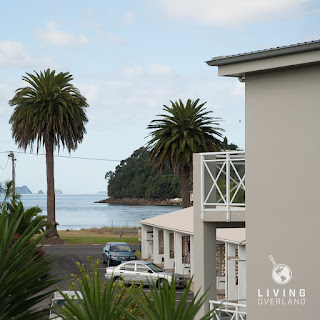 Will I go back to The Coromandel—absolutely! Even though the size is relatively small, one could spend ages exploring all The Coromandel has to offer.