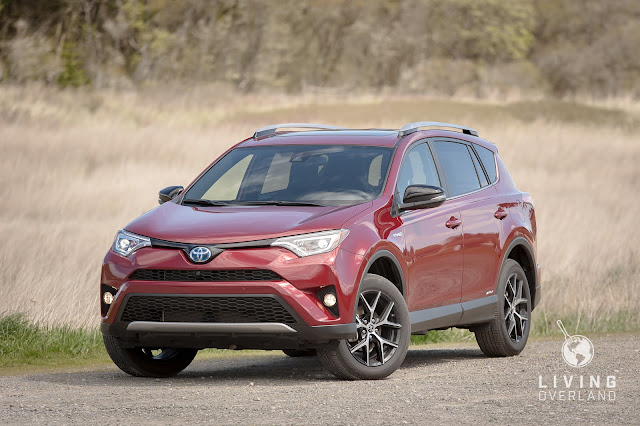 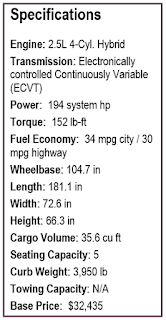 We were able to spend two solid weeks test driving the 2018 Toyota Rav4 SE Hybrid in Washington back in April, and absolutely loved it! The Rav4 has changed a lot from the 2008 we used to own. Gone is the old sluggish 2.4L inline 4-cylinder, which has been replaced with a 2.5-Liter 4-Cylinder that produces a 176-horsepower (at 6,000-rpm) and 172 pound-feet of torque (at 4,100-rpm) for the LE base model.

The gas/electric hybrid system in the SE Hybrid Rav4 we tested, along with the other Hybrid Rav4 models, produces a whopping 194 net system horsepower. Don't let that "low" horsepower number put you off, Krista and I joked that the Hybrid SE model should really be called the SE Sport. The SE Hybrid we tested flat-out hauled and was immensely fun to drive.

What Sets the SE Hybrid Apart: 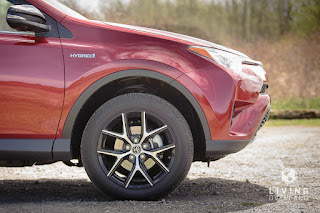 
All Hybrid Rav4s come standard with Toyota’s AWD-i, which is short for Electronic On-demand AWD with Intelligence. AWD-i is different from Toyota’s Dynamic Torque Control AWD, found on some non-hybrid AWD models, in that there is no mechanical connection between the front and rear axles. Instead, AWD-i utilizes an independent electric motor at the back of the vehicle to provide power, when needed, to the rear wheels. The benefit of this, when compared to traditional AWD systems, is that power is only delivered to the rear wheels when power is needed, thus reducing loss and improving fuel mileage. The addition of the rear electric motor also means the AWD-i can further enhance regenerative braking, increasing the hybrid system’s energy savings. 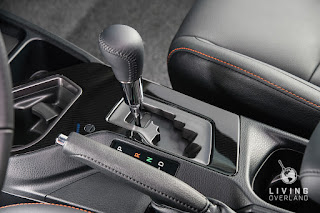 I was quite pleased with the amount of interior room the 2018 Rav4 offers. At 6-feet 6-inches tall I had ample headroom and excellent visibility out of the front and side windows. One major problem I have in any vehicle is the driver’s seat, which tends to be extremely uncomfortable for tall folks like me. I was relieved when after a three-hour drive in the SE Hybrid that rear end and back were feeling great. I believe these are the most comfortable seats I have sat in out of all the Toyotas I have driven over the years!

I explained (above) how the AWD-i system works, and it is a far cry from the old mechanical AWD system that was in our 2008 Rav4, of which I was not a fan. I grew up in Idaho driving Subarus and have owned three over the years. We eventually sold our old Rav4 in favor of a Forester partly due to the Rav4’s AWD system. One could imagine how nervous I was when I picked up the 2018 SE Hybrid and immediately had to cross Washington’s Snoqualmie Pass in a spring snowstorm. Much to my surprise, the little SUV’s AWD-i system functioned phenomenally. I found myself traveling over the pass ahead of the snow plows and the Rav4 plowed through the snow/slush/ice with confidence. As much as I would like to think it was my superb driving skill, I know a lot, okay most of it had to do with this AWD system. 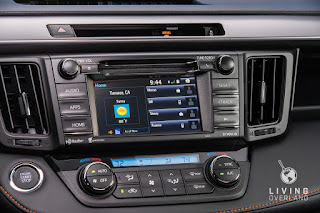 I am absolutely in love with all of the technology systems packed into the SE Hybrid we tested. The SE Hybrid comes standard with Toyota’s Safety & Convenience Package, which includes things like Toyota’s Safety Sense Pre-Collision System with Pedestrian Detection, Lane Departure Alert, and Dynamic Radar Cruise Control. One of the optional features that were included in our demo vehicle, and something Krista fell in love with, was Toyota’s Bird’s Eye View Camera with Perimeter Scan. This made parking in downtown Seattle a breeze and also came in handy when trying to navigate some of the tight roadways found in some of Washington’s coastal communities. Although the Bird’s Eye View automatically comes on when in reverse, the system can be toggled on at low speed via a button near the clock on the dash. 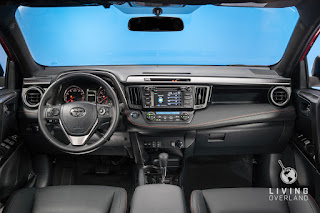 Krista and I chatted about this for over an hour, trying to find some fault with the 2018 Rav4 SE Hybrid. In the end, and to not just nit-pick things, we concluded that the only fault we could legitimately find was with the limited adjustment in steering wheel extension. This is my biggest pet peeve, and a fault I find with most vehicles. I feel like I must compromise between seat position and steering wheel position. What I mean by this is that when I adjust the seat so that my legs, butt, and back to be in a comfortable position, my arms are outstretched, and do not rest comfortably at an angle. To combat this, I must move my seat forward, increasing the angle my legs rest at and putting more pressure on my butt. I must note that I, at 6-feet 6-inches tall, was the only one who experienced this. Krista, a mere 12-inches shorter than me, was able to sit in the driver’s seat without issue.

I know this all sounds like a glowing review of the 2018 Rav4 SE Hybrid, but Krista and I enjoyed our time driving the small crossover/SUV. I was so thoroughly impressed by it, that I am considering purchasing one as a replacement for Krista’s Subaru Outback. I would, and have, recommend the 2018 Rav4 SE Hybrid to anyone looking for a fuel-efficient small SUV that can handle everything from the rigors of the daily commute to crossing snow-covered mountain passes.