I have been suffering from some early forms of arthritis in my hands for a few years now. To date, it hasn't been enough to affect my everyday life, but where it tends to rear its ugly head is when Beau and I are on full-day fly fishing trips.

For the last few years, Beau and I have been meeting my family in Montana for multiple days of fly fishing. Usually, by noon on these trips, my casting hand would begin to cramp up, and 'pop' open as I would release my grip on the fly rod. By the end of the day, my hand would be sore and more or less stuck in the grip position. Fortunately, after a few hours, my joints would begin to relax, and I would regain full functionality in my hand.


Seeing the pain I was in, Beau set out to find a solution to pain and discomfort I was facing. Being an L.L. Bean fanboy, he reached out them to see if there was a solution to my discomfort. We ended up chatting with L.L. Bean's fly fishing expert/design guru, Jeff Miller, for quite some time about the issues I was facing. What I learned was the weight of my current 8ft-6in 5wt fly rod or the 6wts I would often use on guided float trips, combined with the grip shape/size and rod taper were all contributing to fatigue I was feeling in my hand - aggravating my arthritis.

In addition to recommending ways to adjust my grip to relieve stress, Jeff also suggested I try their newly redesigned Women's Streamlight Ultra fly rod. Recognizing the anatomical difference between women and men, L.L. Bean designed their original women's specific fly rod to address these differences. The second generation Women's Streamlight Ultra fly rod, as Jeff explained, builds upon this with improvements made to the modified full wells grip, which is slightly shorter and thinner, and rod taper. Jeff was confident that all of this would help and offered to send me a 5wt version of the fly rod to prove it.

Shortly after the rod came, Beau and I celebrated our anniversary, where he surprised me with an L.L. Bean's Streamlight Ultra II Large Arbor Fly Reel which he outfitted with Rio's Gold WF5F line. Over the last three months, I have had the opportunity to fish with the Women's Streamlight Ultra II fly rod on numerous afternoon fishing outings and one full-day float down the North Platte River.

I believe this rod's added length, combined with its moderate/fast action has improved my casting accuracy, something with which I struggled using my old setup. This fly rod allows me to accurately hit targets out to 25ft with ease, even when tossing large streamers or weighted multi-fly setups. Beau and our guide were chatting about my setup during our North Platte River float trip when the guide asked to try it out. Even after a few simple casts, he noted how nice the rod was to cast.

As important as the Women's Streamlight Ultra II's accuracy is, my concern really lied with the setup's ability to prevent my hands from becoming fatigued after a full day of fishing. I am happy to report that this fly rod lives up to hype Jeff had created for it. Even after our full-day float down the North Platte, I was ready to head back out for another few hours. The arthritic symptoms I would usually experience at lunch were just beginning to show themselves at the end of the day. This realization hit me as we were fishing the last hole of the day, and I cannot be more excited. 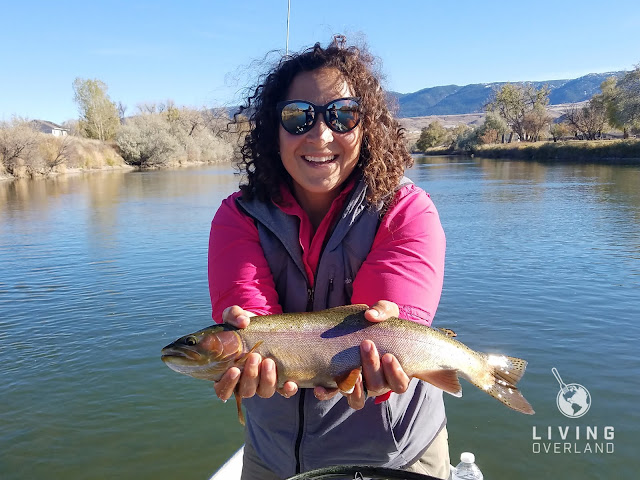 I was beginning to think that my arthritis was going to restrict me from joining my family on our yearly fly fishing outings, or at least force me to sit out of the afternoon portions of the trips. Little did I know that changing my fly rod would have such a profound effect on my fishing life. Jeff worked wonders with the design of L.L. Bean's Women's Streamlight Ultra II Fly Rod, and I would recommend it to any female who is tired of casting with male-centric fly rods or, like me, is suffering from arthritis.